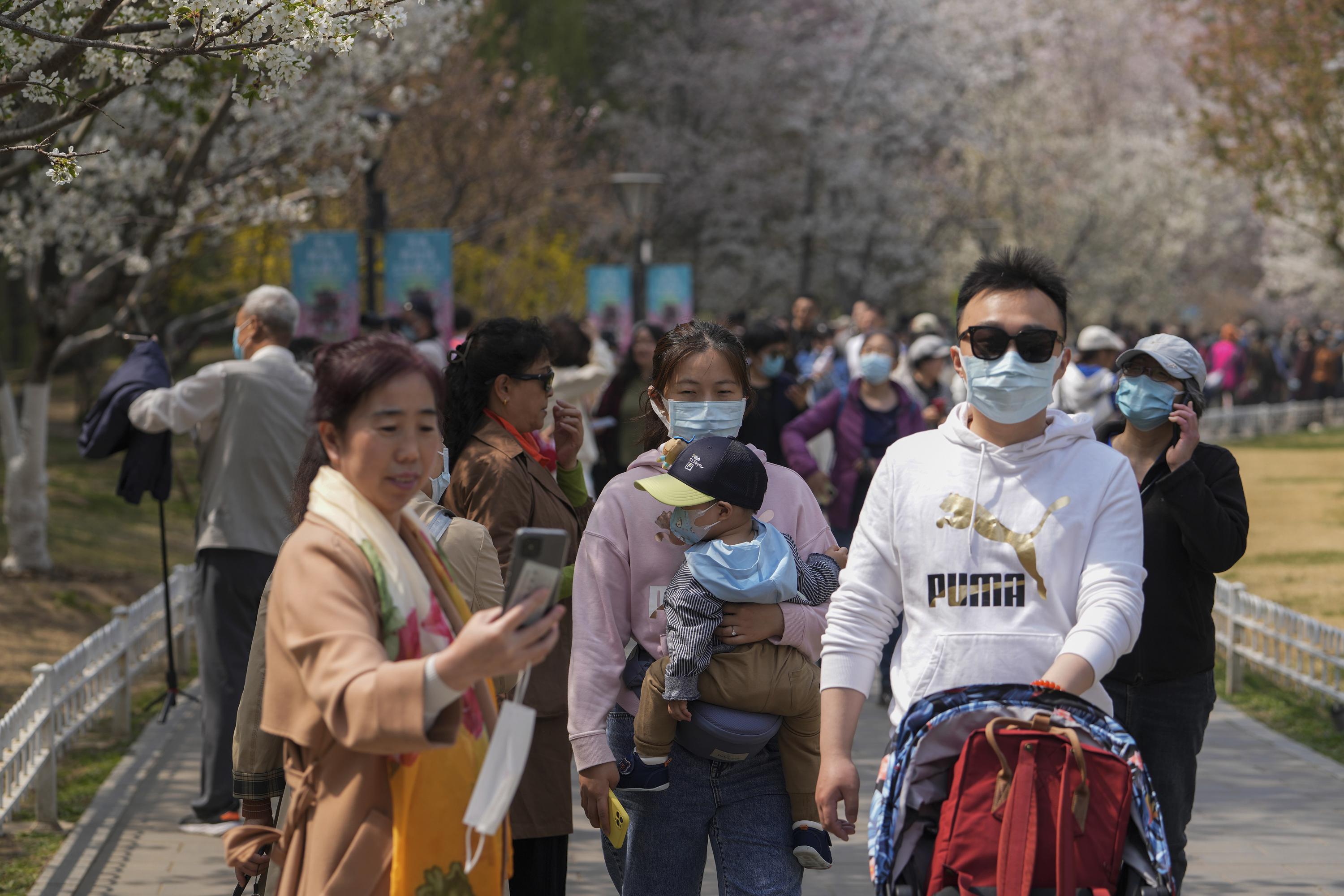 Three local officials in Shanghai have been sacked over a slack response to the COVID-19 outbreak in China’s largest city, where residents are complaining of harsh lockdown conditions leading to shortages of food and basic necessities.
An official notice Friday gave no details of the allegations against the three officials, but said their failure to fulfill their duties in epidemic prevention and control had allowed the virus to spread, leading to a “serious impact” on efforts to control the outbreak.

Shanghai announced more than 21,000 new local cases on Friday, of which only 824 had symptoms. Total cases in the outbreak that began last month in Shanghai have soared past the 100,000 mark, making it one of China’s most serious since the virus was first detected in the central city of Wuhan in late 2019.

No additional deaths have been reported in the outbreak blamed on the hugely infectious but relatively less lethal omicron subvariant BA.2. China’s vaccination rate is around 90%, but considerably lower among the elderly.

Shanghai has placed all 26 million residents under lockdown and implemented mass testing, while requiring anyone with a positive result to be held in an isolation center, some of which have been newly created from converted gymnasiums and exhibition halls.

Some residents have received government food packages containing meat and vegetables. Many, however, are struggling to obtain rice and other basics, with online vendors sold out and delivery services unable to keep up with demand.

With no word on when the lockdown will be lifted, anxiety is rising, along with frustration over the city’s apparent lack of preparation for an extended lockdown.

Travel in and out of Shanghai has largely come to a standstill and usually bustling city streets are deserted apart from police, health workers and residents reporting for testing.

China has repeatedly enforced lengthy mass lockdowns over the two-year course of the epidemic. Shanghai, however, had largely escaped the most onerous measures under China’s “zero-COVID” strategy that aims to isolate every infected person.

Home to many of China’s wealthiest, best educated and most cosmopolitan citizens, the city was first promised a two-phase lockdown starting March 28 and lasting no more than eight days total. With little notice given, residents made a run on supermarkets, quickly leaving shelves bare.

Those measures have since been extended, leaving many families that had planned for only a limited time in quarantine without supplies. Authorities say they will determine future steps based on testing results, but have given no specifics.

Officials say Shanghai, which includes the world’s busiest port and China’s main stock exchange, has enough food. But a deputy mayor, Chen Tong, acknowledged Thursday that getting it the “last 100 meters” to households is a challenge.

City officials have apologized for mishandling the lockdown and promised to improve food supplies. The Communist Party leadership in Beijing is working to squelch complaints, especially online, in hopes of preventing the lockdown and accompanying dissatisfaction from becoming a political issue ahead of a key party congress later this year.

In a further endorsement of the government’s approach, Xi credited China’s “closed loop” management with keeping the infection rate to just 0.45% of those involved in this year’s Beijing Winter Olympics and Paralympic Games,

China’s COVID-19 policy has “once again withstood the test, contributing useful experience for the world to fight against the virus and host major international events,” Xi said in an address at a ceremony Friday honoring Chinese Games participants.

The government says it is trying to reduce the impact of its tactics, but authorities are still enforcing curbs that also block access to the industrial cities of Shenyang, Changchun and Jilin with millions of residents in the northeast.

Meanwhile, punishments meted out to officials seen as being insufficiently rigorous appears to be incentivizing local governments to take extreme measures. Dozens of local officials around the country have been sacked or otherwise punished, though no one at the central government level has been held to account.