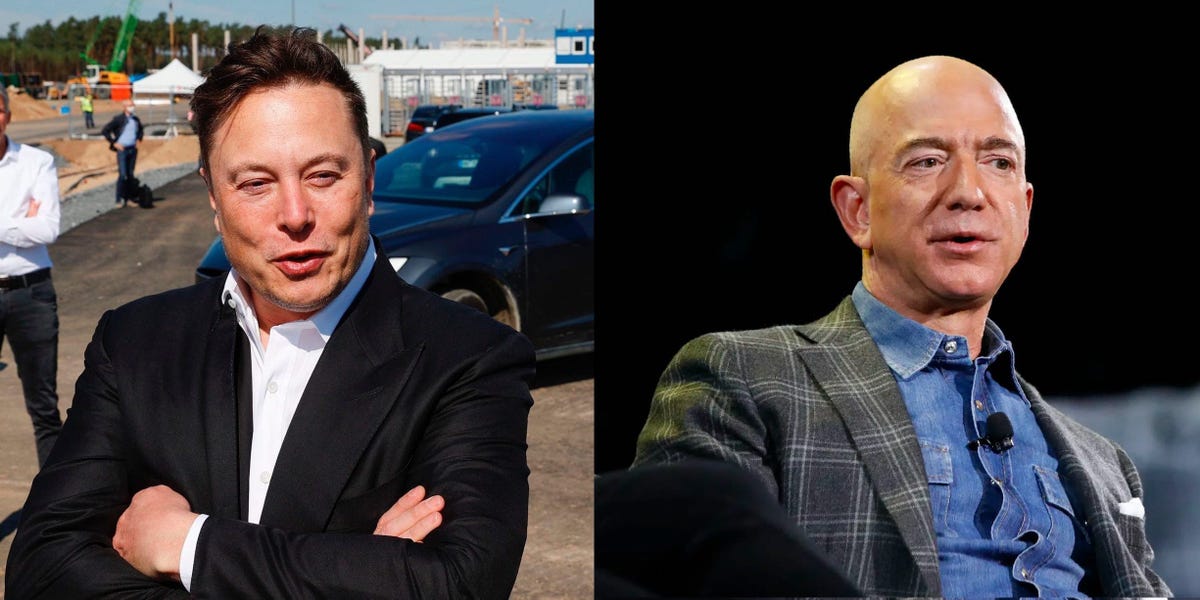 Jeff Bezos and Elon Musk could be taking advantage of a tax-break program intended to help impoverished communities, according to a Bloomberg report.
Elon Musk and Jeff Bezos are two of the world's richest people, and both of the billionaires own companies dedicated to space travel: SpaceX and Blue Origin, respectively.

Despite the vast wealth of Musk and Bezos, their two space companies are able to use tax breaks introduced by the Trump administration intended to help economically impoverished parts of the United States.

Bloomberg Wednesday morning was first to report on the billionaires' space companies qualifying for the federal "Qualified Opportunity Zones" tax break program — a program introduced by the Trump administration in 2017.

Through the program, companies were incentivized to make new investments in "economically distressed communities," according to the US Internal Revenue Service. Companies are able to outright skip paying capital gains taxes on any money invested into qualified properties, with the intention that new investments in those regions would help improve economic conditions.

But, for the SpaceX and Blue Origin properties that qualified for the tax break, the companies had already agreed to create job in their respective regions — meaning they were existing projects, not new ones like the program was designed for, according to the report. It's unclear if either company took advantage of the tax breaks they were qualified to receive.

As of last month, Jeff Bezos and Elon Musk held the first and second spots on the world's richest people list: Musk's fortune is in the $128 billion range, while Bezos' is in the $182 billion range, according to Bloomberg's Billionaires Index.

Representatives for SpaceX and Blue Origin did not respond to a request for comment as of publishing.
#Elon Musk
Add Comment