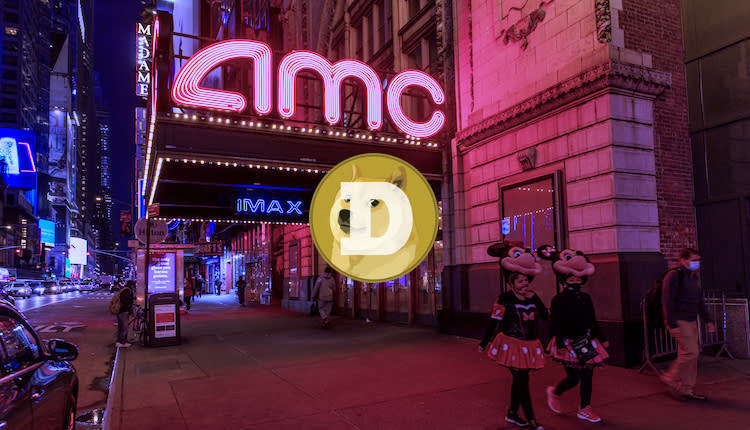 AMC Is Looking Into Accepting Dogecoin Along With Other Cryptos

The Chief Executive of AMC Entertainment, Adam Aron, posted a poll on his Twitter audience asking how his audience feel about AMC accepting the meme currency Dogecoin.

Since he posted the question, over 85,000 users have responded. 72.5% of respondents voted in favor of the chain adding Dogecoin payments, while an additional 8.2% were in favor of adding the coin even though they might not personally use it. 13% felt that it’s “a waste of effort”.

Aron has earlier confirmed that AMC theaters would accept BTC as payment for concessions and online ticket sales. According to his tweet, ETH, LTC and BCH has now been added to the list. After the poll there is a good chance DOGE will be included.

AMC originally announced plans of accepting crypto during an investor call in early August. The decision was part of its larger plan to revamp its digital payments systems, as it will also add support for Google Pay and Apple Pay transactions.

Aron has said that this will be implemented by the end of the year, but a specific launch date has yet to be announced.

AMC operates the largest movie theater chain in the world, with over 11,000 screens and over 1000 venues. Alongside other companies like Gamestop, it has gained recognition among retail investors as a “meme stock” frequently discussed on social media.

If AMC does accept Dogecoin, it will join other notable groups that have done so in recent months, such as Newegg, the Dallas Mavericks store

Source: AMC Is Looking Into Accepting Dogecoin Along With Other Cryptos – Fintechs.fi