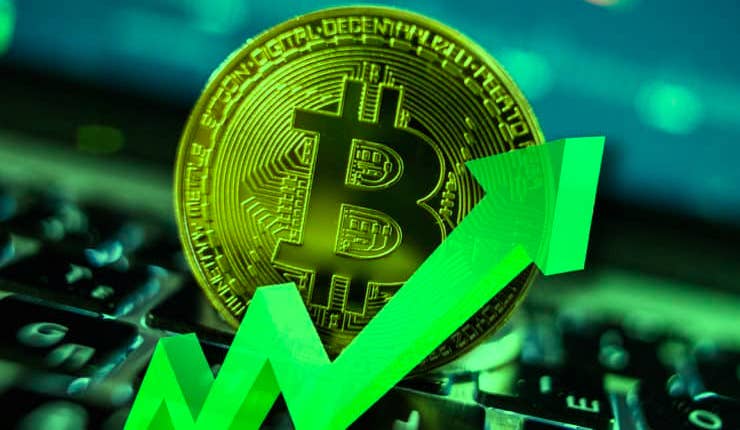 The spot price of bitcoin recorded new all-time high (ATH), almost touching $67,000 per unit, in the aftermath of the launch of the first bitcoin exchange-traded fund (ETF) n the United States. BTC's previous ATH was six months ago on April 14, 2021, the price tapped $64,804 per unit.

The USD value of bitcoin (BTC) has reached a new all-time high. The price has touched $66,930 per coin according to CoinMarketCap, surpassing the digital asset’s previous ATH captured six months ago. At press time, there’s $41 billion in trade volume dedicated to bitcoin (BTC) trading.

Bitcoin’s market cap is $1.256 trillion and it is the sixth most valuable asset as of today.

Bitcoin’s ATH follows the launch of the Proshares Bitcoin Strategy ETF (BITO) that was listed on October 19, 2021. The bitcoin exchange-traded fund is the first ETF ever to be approved in the United States and it’s based on bitcoin futures markets.

Traded on the New York Stock Exchange under the ticker $BITO, garnered a first-day trading volume of more than $1 billion, ranking it among the most successful launches of all time.

In the coming weeks, several more bitcoin futures-based ETFs may debut in the U.S., opening up the potential for savvy U.S. crypto investors to partake in what is known as a “cash and carry” arbitrage strategy.

These ETFs would buy bitcoin futures contracts, on regulated venues such as the Chicago Mercantile Exchange (CME), in an attempt to replicate the cryptocurrency’s price performance instead of purchasing actual bitcoin.