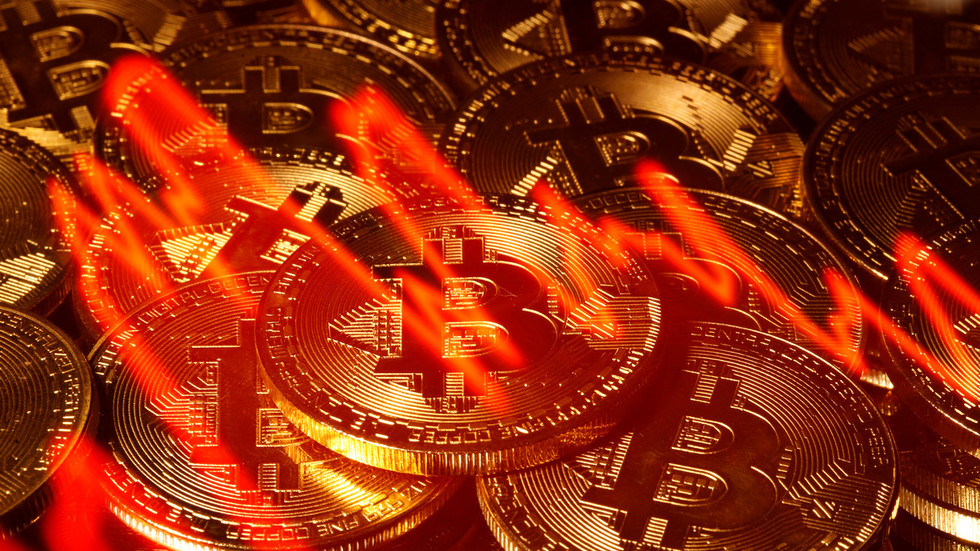 The world’s highest-valued digital currency, bitcoin, has seen its biggest drop ever, plummeting below $46,000 per coin from the weekend record of over $58,000 in a span of just 19 hours.
Despite the nearly 16-percent drop, the cryptocurrency is still up around 500 percent in the past year.

The decline triggered a major sell-off across cryptocurrency markets due to growing concerns over volatility, jeopardizing the jaw-dropping rally.

The second-biggest cryptocurrency by market value, ether, also plunged by more than 20 percent to around $1,400, down nearly 30 percent from last week’s record high.

The crypto markets have been unprecedentedly bullish this year since digital assets started attracting capital from big money managers and corporate giants. The acceptance by big investors drove confidence among smaller speculators.

Earlier this month, Tesla revealed that it had made a $1.5 billion investment in bitcoin, pledging to start accepting it as a form of payment for its electric vehicles. Bank of New York Mellon, the US’ oldest lender, announced plans for storing bitcoin and other cryptocurrencies for their clients.

At the same time, Mastercard said it would support the use of some cryptocurrencies on its network in 2021, while US asset manager BlackRock and payments company Square have outlined plans for supporting digital currencies.
#Tesla

Oh ya 51 days ago
Why should anyone care. Crypo is just a stock on the stock market, it has no real value other than people say it has value same as Tesla, no profits yet on of the most valued companies in the world. Air b and b. No assets yet a high value placed on it... Why
View all comments (1)Add comment