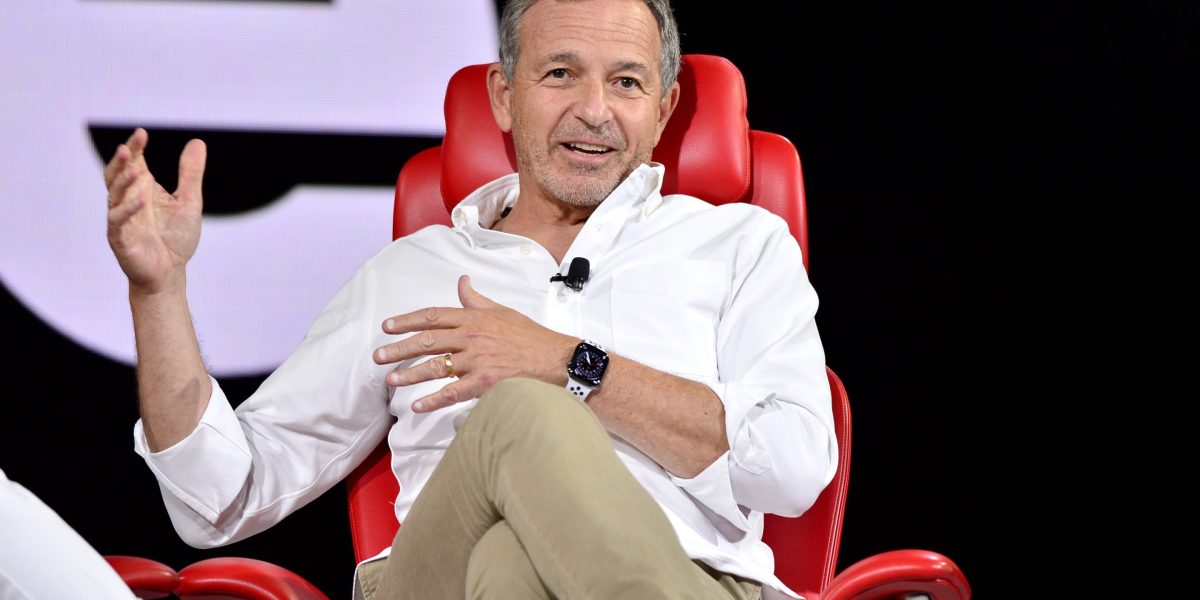 Before his return to Disney, Bob Iger reportedly had a $10 million deal to advise his successor Bob Chapek, despite the two executives barely speaking

Before Bob Iger returned to the helm of Disney, the entertainment giant signed him to a $10 million deal to advise his successor Bob Chapek—even though the two executives were hardly speaking.

Iger, who rejoined the company as CEO last week after Chapek’s ousting, was on a $2 million a year contract until 2026 to advise “on such matters as his successor as chief executive officer may request from time to time,” according to terms disclosed in Disney corporate filings reported by the Financial Times. The agreement came into force when Iger left his role as executive chairman at the end of 2021.

The much-loved Iger had hand-picked Chapek to take over the House of Mouse after he had led the company for 15 years. But once Chapek took over as CEO of Disney in February 2020, his relationship with Iger soured rapidly, and the ballooning losses of Disney’s streaming Direct-To-Consumer (DTC) division, which includedDisney+, Hulu and ESPN+, eventually led to calls for Chapek’s head.

According to Disney’s SEC filing, the five-year consulting deal enabled the company and Chapek “to have access to Mr. Iger’s unique skills, knowledge and experience with regard to the media and entertainment business” and included monthly and yearly “maximum time commitments” of unspecified length. Disney was also paying Iger’s security costs as an ex-employee which totaled around $750,000 a year, the FT reported.

Iger’s return rocked Hollywood and sent shares in Disney surging more than 6% after the announcement was made. Disney did not respond to Fortune‘s request for comment.

How the relationship between the Bobs fell apart

Iger and Chapek’s relationship began to deteriorate soon after Chapek took the top position at Disney. According to a CNBC report, the relationship between the outgoing and incoming Disney leaders soured after Iger announced he wasn’t going to fully depart from the company in March 2020, in order to help it weather the pandemic.

Chapek was said to be “furious” with Iger sticking around. Having expressed little desire for help, Chapek felt that Iger was postponing his retirement once again and reducing him to second-in-command.

Tensions within Disney were further exacerbated in Marck 2022 when Chapek stayed quiet over Florida’s “Don’t Say Gay” bill — the legislation that would prohibit classroom discussion of sexual orientation or gender identity in primary schools in the state where Chapek had just ordered 2,000 of its Disney employees to move to take advantage of lucrative tax credits.

Chapek later apologized for his muted response on the bill, but it marked a strong deviation away from Iger’s style, where most of Disney’s stances on political and social issues would come directly from him.

Chapek then decided to strategically reorganize the company’s media and entertainment businesses by stripping budget power from content creators and instead centralizing it under his right-hand man, former Goldman Sachs banker Kareem Daniel. This move took away the profit-and-loss power from many of Disney’s veteran division leaders and consolidated that control under Daniel, a shift that was met with strong backlash from longtime Disney employees.

Another nail in Chapek’s coffin came when he abruptly fired Peter Rice — the head of the company’s TV division — for being an ill fit with Disney’s corporate culture. While Disney’s board threw its support behind Chapek and his ousting of Rice, staffers inside Disney said the move tanked morale and further divided the CEO from Disney veterans and Iger.

As the tensions surrounding Chapek increased, the relationship between the Bobs got worse, the FT reported, with Iger reportedly complaining to friends that his advice was not sought by his successor at key moments.

“Iger never forgave Chapek for the way Chapek distanced himself and took control of the company,” a Disney executive told the FT. “In some ways, Iger thought he would still be the coach. Chapek was not willing.”

Iger’s return after a little time off

Faith in Chapek’s leadership collapsed when the CEO announced earlier this month that “tough and uncomfortable decisions”, including staff cuts, were coming to the company after its Direct-To-Consumer division reported that losses more than doubled to $4 billion for the fiscal year ending Oct. 1.

Iger then received a call on Nov. 18 from board chair Susan Arnold and two days later agreed to return to Disney for another two years to steer the ship back on course.

Iger is returning to Disney on a slimmed-down pay package, which includes a $1 million base salary, a $1 million target bonus, and stock awards valued at $25 million. This compares to an average pay package of around $47 million during his last five years as chief executive, the FT reported.

“Essentially he’s taken a pay cut of 40%. . . to come back,” Tom Gosling, an executive fellow at the London Business School who established PwC’s executive pay practice, told the FT. “He must love the job, love the company, or see a lot of upside in the share price. Maybe all three.”

The first moves taken by Iger after being reinstated as CEO this week were to walk back Chapek’s strategy, return profit and loss power to content creators, and fire Kareem Daniel.
Add Comment