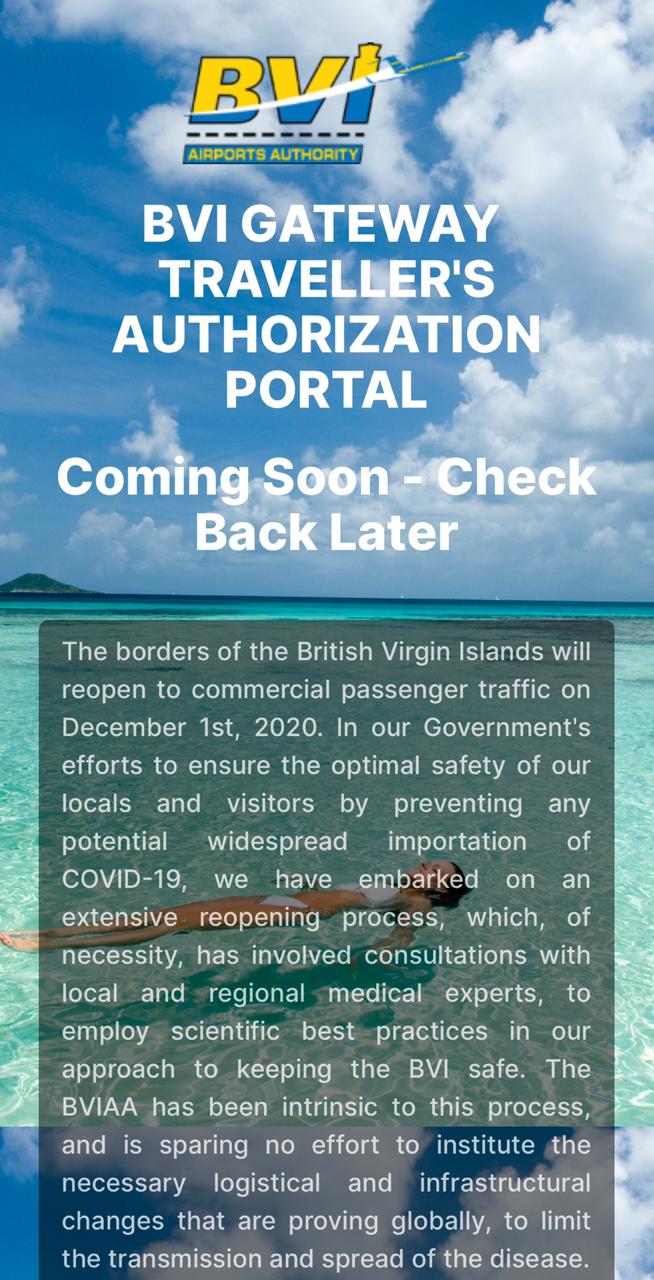 The Government-implemented BVI Gateway portal which gives incoming tourists authorization to enter the territory come December 1st is yet to be commissioned despite the initial proposal to launch by November 2nd.

Once you visit the current portal www.bvigateway.bviaa.com it says “Coming soon- check back later”.

However, when contacted today by our newsroom, Premier of the Virgin Islands, Honorable Andrew A. Fahie said the portal will be launched on Monday November 23rd, 2020.

Premier Fahie said “due to delay of certain information to be furnished, the launch of the system was delayed. It will be launched on Monday coming.”

With less than 12 days to go, BVICCHA among many other industry stakeholders are worried that that the delay will discourage incoming tourists.

Speaking on the matter was BVICCHA representative Chaunci Cline during an exclusive interview with 284 media. Mrs. Cline said “I think it’s so important that we’re very clear to our visitors to help strengthen the visitor’s confidence and traveler’s confidence and what all is needed to enter the territory and I think that question is still looming.”

“If you check the portal for the BVI airport it says coming soon. How can you prepare to travel as of December 1st with the BVI airport portal still not up, active and running? So we’re very concerned as an industry,” she further added. 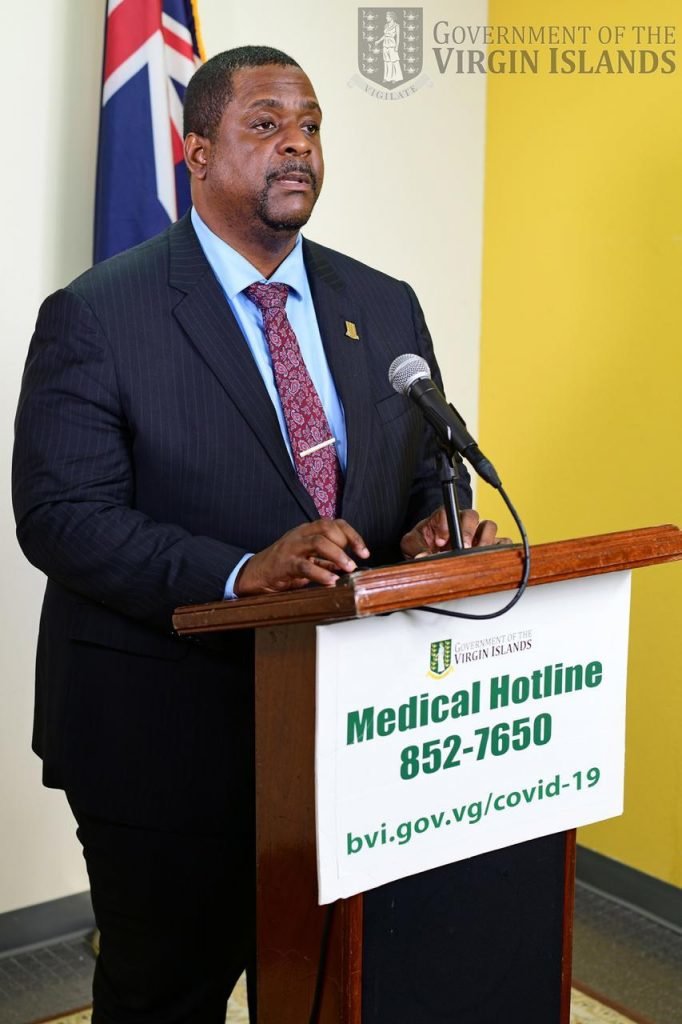 On October 26th, the premier announced “approval for travel takes the form of a BVI Gateway Traveler Authorization Certificate which will be obtained via an online portal, called BVI Gateway. The portal is being set up at bvigateway.bviaa.com, and is projected to be live on Monday, 2nd November 2020.”

“Prospective travellers would be required to register on the BVI Gateway portal, and to upload their relevant documents. The application must be completed at least 48 hours prior to the intended flight,” he added.

The online BVI Gateway Portal, mobile app, wearable technology and relevant system were all developed by Amber Group Limited, which is a global technology company based in Jamaica, with operations in 23 countries, including India, parts of Africa, the Caribbean, the Americas, and Canada.

With the delay, many are now questioning why the Government didn’t accept CARICOM’s offer to use their portal free of charge and in a more timely fashion.

In an invited comment the Premier responded “a transparent independent process was done independent of the political directives and they have informed that all areas were considered.”

Premier Fahie had also noted that the Amber Group Limited system has been “tried and tested in a number of jurisdictions.”