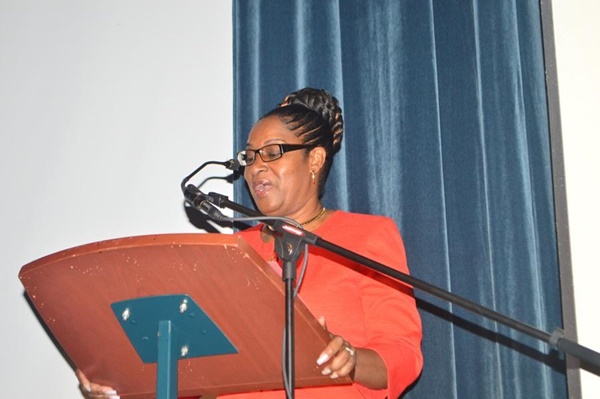 Chief Education Officer Connie George has said she believes the recent proposal by the Caribbean Examinations Council (CXC) to possibly conduct e-testing for its 2020 examination cycle is quite viable in the British Virgin Islands.

Back in March, CXC announced the e-testing strategy in light of the region’s education sector being impacted by the COVID-19 pandemic. It includes the use of School-Based Assessments (SBA) for public students (or Paper 032s for private students) combined with multiple-choice examinations that would be done electronically.

This would be used to determine students’ final grades this year.

E-testing conducted in BVI since 2017

Commenting on the move, George said examinations via e-testing have been in place in the BVI since 2017 following the hurricanes so falling in line with CXC’s proposal to shift the exams electronically this year comes at no great difficulty to the territory.

“You have to remember that the BVI, we went completely eLearning and e-testing in the year of the storm. That was out of our convenience. It worked out well for us and we have been doing e-testing since that time, unlike many of the other Caribbean regions that have not yet attempted the e-testing,” George told BVI News.

“We just moved towards the e-testing very quickly and we found that the students handled it well. We didn’t have any reports of students not performing satisfactorily because they may have had problems with the e-learning platform or anything of that nature. It worked well,” she further explained.

Some countries in the region have already rejected CXC’s proposal; most recently, Jamaica.

The Jamaica Association of Principals of Secondary Schools said the proposal would shortchange some students, causing them to miss out on the examination if a student is not properly equipped to conduct the exam electronically.

George stated that she understands why the proposal may be challenging for many other countries in the region, as they have a much larger number of students when compared to the BVI.

“The problem that they would have, our numbers don’t usually top 400. You are talking about the other regions with thousands and thousands of young people which they would have to, within months, try to find devices for everybody,” she stated.

“Then with the corona situation, they will have to properly organize where they will sit, so [there’s] a lot of problems that they would face.”

CXC had also proposed that July will be the revised administration schedule for the May/June 2020 examinations.
#COVID-19  #Covid
Add Comment