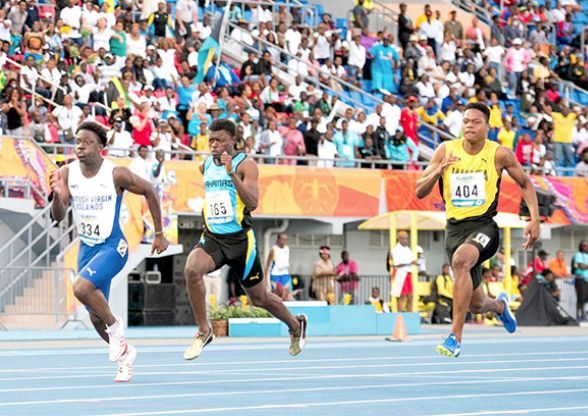 The off-again, on-again Carifta Games, the region’s annual junior athletics showpiece set to be staged in Bermuda this year, are now officially off because of coronavirus pandemic regulations, organisers have announced.
The news that young athletes around the Caribbean, and in particular in Bermuda, have dreaded was confirmed on Monday night by governing body the North American, Central American and Caribbean Athletics Association (NACAC).

Donna Raynor, the president of the Bermuda National Athletics Association, said she was “disappointed” by the cancellation.

Guyana, which stepped aside for the first postponement last year, will be host for the Games in 2022.

The scheduling of the Games has been beset by problems since the original postponement from April 2020 not long after the outset of the pandemic.

A spike in COVID-19 cases in Bermuda from mid-December into the turn of the year led to new dates around Easter Weekend 2021 being scrapped.

This was followed by a move to the first week of July, which was then changed because of an unforeseen clash with school examination dates in the Caribbean.

NACAC and the local organising committee led by Raynor finally settled on August 13-15.

But a succession of changes in public-health regulations brought on by the arrival of a dangerous variant of COVID-19 on island – which has contributed to 19 deaths since April 1 to push the overall total to 31 – and an aggressive vaccination programme have had a damaging knock-on effect.

Keith Joseph, the NACAC general secretary, said in a statement: “NACAC understands the impact that another cancellation of our premier annual junior competition will have on our young athletes. Unfortunately, we have carefully taken all factors into consideration and are left with no option but to cancel the CARIFTA Games 2021.”

Among those factors are the Bermuda government’s mandatory 14-day quarantine policy for unvaccinated travellers at their own expense, accommodation arrangements that “have been well below the required number of rooms for the traditional Carifta Games”, and the lack of additional funding available to the local organising committee.

“While Bermuda allows athletes from 16 years to be vaccinated, the majority of our Carifta family members are in countries where the authorities only allow vaccinations for persons 18 years and older,” Joseph continued.

“We cannot host the event without the under-17s, who, from our vantage point, are as integral to the event as the under-20s. We are not agreed to having an edition of the Carifta Games that does not engage the traditional categories and which disenfranchise a significant number of athletes.”

The Games, first held in 1972, were set to be staged in Bermuda for the fifth time.

During the 2004 renewal here, Jamaican Usain Bolt signalled his future greatness at just 17, when he became the first junior athlete to break the 20-second mark over 200 metres, crossing the winning line in 19.3 seconds.
#COVID-19  #Covid  #Coronavirus
Add Comment