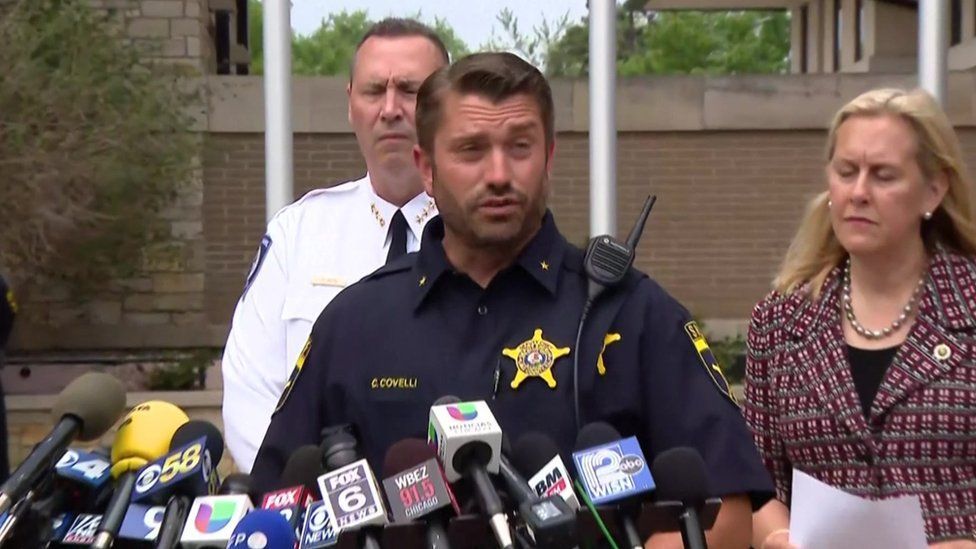 A man suspected of killing seven people at a 4 July parade near Chicago planned the attack for weeks, police say.

The suspect is believed to have disguised himself in women's clothing to escape the scene with the fleeing crowd, officials added.

Some 30 people were also injured in the shooting on Monday in Highland Park, an affluent Chicago suburb.

Police say they are still piecing together evidence from the shooting, during which the suspected gunman is accused of firing more than 70 rounds.

"He blended right in with everybody else as they were running around, almost as if he was an innocent spectator as well," Mr Covelli told a press conference.

Investigator's believe the suspect's disguise allowed him to conceal his facial tattoos and aid his escape.

The gunman had legally purchased five firearms around one year ago, police say.

In April 2019, police were called to his home one week after he reportedly attempted suicide. "It was a mental health issue," Mr Covelli said on Tuesday, adding that the issue was left in the hands of "mental health professionals".

In September 2019, police were called by a family member of the suspect, who said he was making violent threats to "kill everyone".

Police responded and removed 16 knives, a dagger and a sword from his home. He was not arrested, and no further action was taken.

After an eight-hour manhunt on Monday police arrested the 21-year-old while driving a car, where he was discovered with a second rifle similar to the one used in the attack.

Police said evidence obtained from a weapon left at the scene was a "major investigative lead" which helped them to identify the suspect.

They believe the Highland Park victims were targeted at random, with no information to suggest that the attack was motivated by racial or religious hatred.

Authorities are still considering what criminal charges to bring against Mr Crimo, who is believed to have acted alone.

He is expected to appear in court on Wednesday. 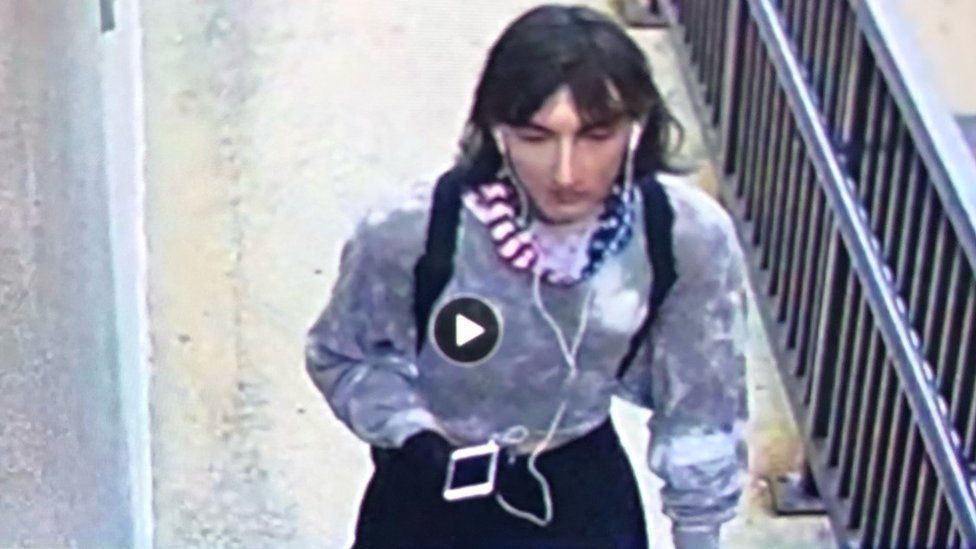 The suspect disguised himself as a woman to escape with fleeing onlookers, police say

Police believe the suspect used a fire-escape ladder to reach the roof of a shop overlooking the parade route before firing down at the crowd below.

One of those who died has been named as Nicolas Toledo, a man in his late 70s, who was only there because he requires full-time care and his family did not want to miss the event.

"What was supposed to be a fun family day turned into a horrific nightmare for us all," his granddaughter Xochil Toledo wrote on GoFundMe.

Another victim of the shooting has been named as Jacki Sundheim, who was described by her local synagogue as a "beloved" member who taught and worshipped there.

"There are no words sufficient to express the depth of our grief for Jacki's death and sympathy for her family and loved ones," a statement by North Shore Congregation Israel synagogue said. 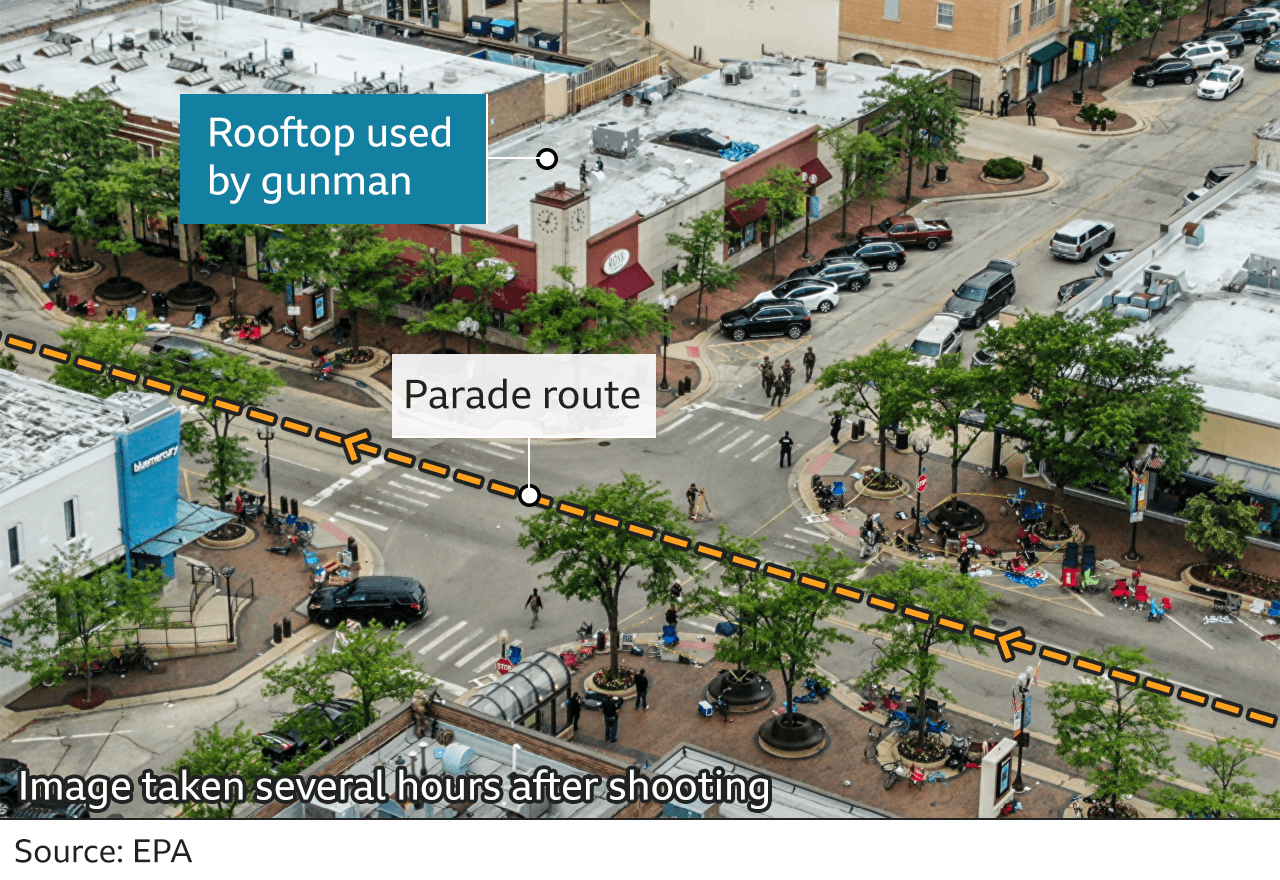