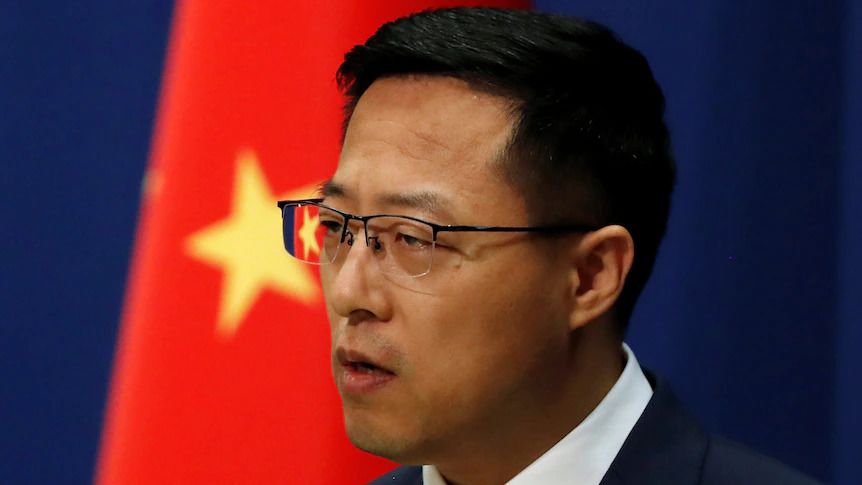 China accuses the US, UK and Australia of trying to build an Asia-Pacific NATO

China says the recently created AUKUS security alliance and its pursuit of hypersonic weapons risks undermining peace and stability in the Asia-Pacific.

China has accused the US, UK and Australia of trying to build an "Asia-Pacific version of NATO" after the three countries announced that they will develop hypersonic weapons via the recently created AUKUS security alliance.

Prime Minister Scott Morrison, US President Joe Biden and British Prime Minister Boris Johnson announced the plan after holding a check-in on the progress of AUKUS, the Indo-Pacific alliance that was launched by the three countries in September.

In Beijing, Chinese Foreign Ministry spokesperson Zhao Lijian told a daily briefing that the cooperation would "undermine peace and stability in the Asia-Pacific region".

"The US, UK and Australia will cooperate in developing hypersonic weapons and other advanced military technology," Mr Zhao said.

"Their ultimate goal is to create the Asia-Pacific version of NATO and serve the US hegemony outright. Asia-Pacific countries are of course firmly opposed to this." 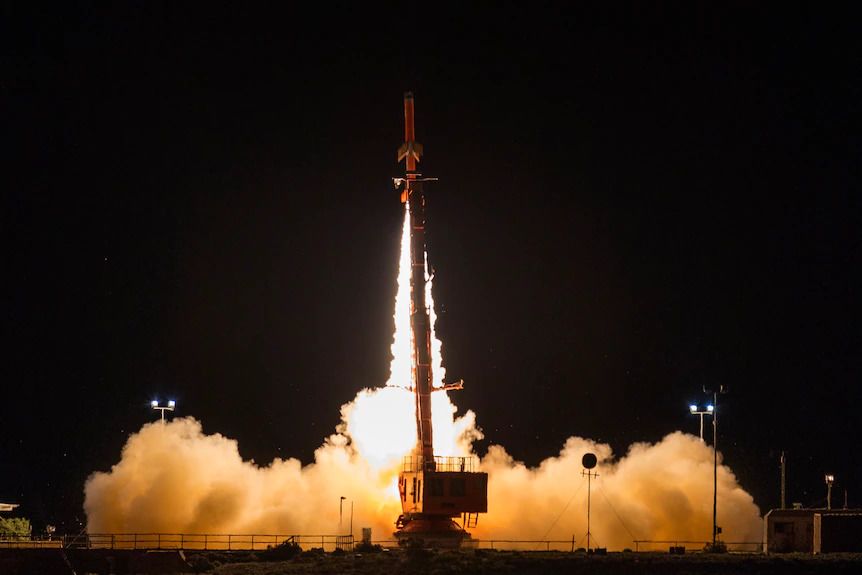 The US, UK and Australia security partnership will expand cooperation on hypersonic weapons.

The alliance comes amid growing concerns by the US and allies about China's growing military assertiveness in the Pacific.

Australia, the UK and the US have already begun work on deepening collaboration across a range of advanced military technologies, including cyber, artificial intelligence, quantum technology and undersea robotics.

They will now also develop hypersonics and counter-hypersonics missiles, as well as electronic warfare capabilities and information sharing.

Both China and Russia have made large strides testing advanced versions of hypersonic missiles that can hit distant targets at such high speeds that they cannot be readily intercepted by defence systems.

The weapons can carry nuclear payloads.

Most analysts say the United States is currently lagging behind both Beijing and Moscow on the technology, although the Pentagon reportedly conducted its own successful tests last month.

Australia is also trying to develop its own advanced missiles — including hypersonics — under several defence initiatives announced by the federal government.

Mr Zhao criticised the AUKUS partnership as "an Anglo-Saxon clique" that followed "the mentality of Cold War and bloc politics".

"We urge the US, UK and Australia to face up to the aspirations of Asia-Pacific countries to seek peace and development, promote cooperation and achieve win-win results," he said.

"We urge them to abandon the Cold War mentality and zero-sum games, faithfully fulfil their international obligations, and do more things that are conducive to regional peace and stability."

The US $95-million-worth deal includes support for the operation of the Patriot system, such as training, fielding and maintenance of the system, and related equipment, according to a Pentagon notification to Congress.