After a hiatus of some four years, the Royal Virgin Islands Police Force (RVIPF) has reintroduced community policing as one of the strategies to combat crime and restore the community's trust in the police.

It was on May 25, 2021, during his first press conference with the media, that new commissioner of Police Mr Mark Collins spoke passionately about his commitment to having community policing back in place and, just a week later, the group of some 16 officers were introduced to the territory.

Speaking at a simple launch ceremony at Police Headquarters on June 1, 2021, Mr Collins said, "I firmly believe that community policing is the foundation to effective citizen focus service and will increase performance, confidence and satisfaction in our communities, the people you see before you are the faces of the RVIPF. I welcome them into their new roles and wish them well." 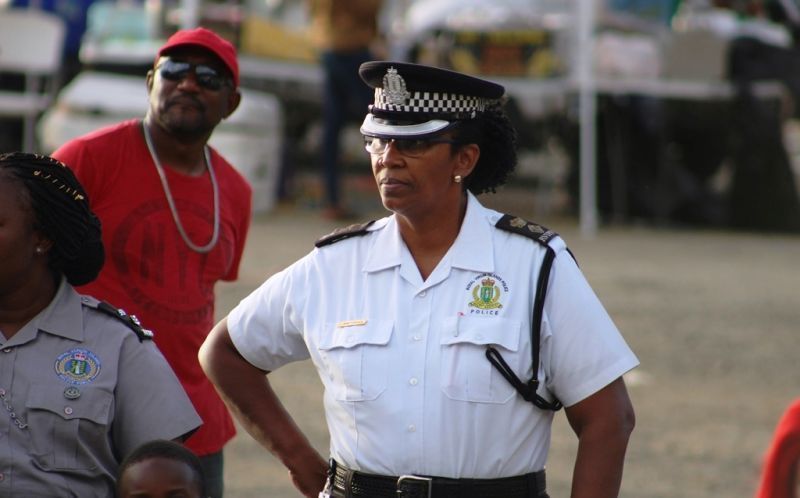 Head of the community policing initiative, Superintendent of Police Ms Jacqueline E. Vanterpool said they are looking forward to not only be felt while out in communities but also to be seen.

Present at the ceremony also was Governor John J. Rankin, CMG who said he firmly believes community policing is more effective policing, which is "The police working with local communities, getting to know the local businesses, the restaurants, the schools, the parents, grandparents and children in their areas building their trust in the police and the police understanding their needs of what they are looking forward from the effective police service."

He added, "So I believe this will help to take police to a further positive step forward in BVI, I believe it would produce results in terms of building community confidence."

In the past, according to Cop Collins, there were only six community police officers for the entire territory. It's now up to 16.