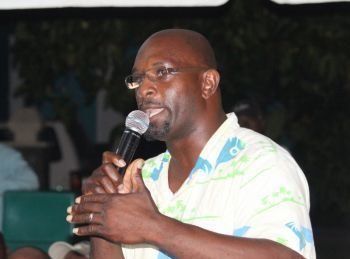 COVID-19: 'VI did the right things in the right order'

After a May 7, 2020, doom prediction that the Virgin Islands' 'Economy will sink and the Territory will suffer' if tourism was not immediately revived, social commentator and talk show host Julio S. Henry has now commended the Government for its handling of the COVID-19 pandemic in the order that it did.

During a conversation on the Tuesday, September 8, 2020, edition of Umoja with host Cromwell Smith aka 'EdJu Enka' on ZBVI 780AM, Henry said while the VI's handling of the pandemic was good, authorities should have started earlier to gain the knowledge that it has now so that the Territory would be further along on the path to full re-opening.

"I keep revisiting what I said on May 7th and I published it on my Facebook page, challenging the system... I believe whenever you are faced with any type of challenges, it is best to face it as quickly as possible so you can learn how to operate, learn how to figure it out, learn how to get beyond those challenges."

Henry continued, "I ain't saying nobody did anything wrong, if it was me, I would have already done start looking at doing things back then, that we are doing now."

He said while the Territory is opening up slowly with more cases present, authorities are only now figuring out how to contact trace, how to isolate cases and how to do that alongside a functioning business community.

Mr Sam Henry agreed that the territory did the right things in the right order, which would allow for the full re-opening of the tourism sector with authorities being well equipped and knowledgeable on how to better handle the pandemic.

"All we are going to do is to continue to strengthen our knowledge and keep adding to it," he said, adding that such an approach would better equip the Territory to handle the pandemic in the future.

"I am confident that by next month, no later than November 1, 2020, the Government of the Virgin Islands will have to open up their borders and we already have the data, they will figure out how to now bring more and more people in," he said.

Mr Henry agreed that the Territory did the right things in the right order, which would allow for the full re-opening of the tourism sector and authorities being well equipped and knowledgeable on how to better handle the pandemic.