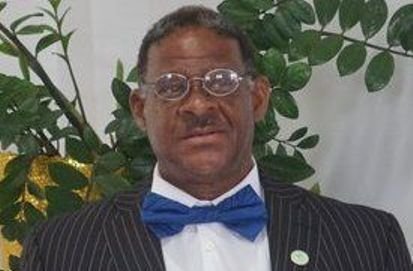 The pandemic is driving poverty and wealth inequality. Thirty years from today in the 2050s, a new world powered by robotics, artificial intelligence, and quantum physics will be upon us.
In that future, if a person incidentally ventures into a virtual library, looks for a digital history book on the 2020s, the reader will surely come upon a narrative, ‘’ THE GREAT PANDEMIC.’’

The story may describe how people around the world gave a heartwarming welcome to the year 2020. People celebrated the incoming year at squares, parties, and cathedrals, in New York, London, Lagos, Cape Town, Sydney, and Tokyo. 2020 arrived peaceably and joyfully on January 1 in most countries.

However, on that January 1st early morn an uninvited and invisible guest tightly stuck to the New Year. This was a highly contagious, toxic, and dangerous parasite: a deadly virus. It clung to its hosts unwilling to leave. The name given to the virus was COVID- 19.

The virus brought on respiratory infections and physical anomalies in humans. It was transferred to humans from animals. The virus killed millions and infected many more millions.

COVID-19 eventually and negatively impacted the world economy, driving it down to the tune of trillions and trillions of dollars

Now, inequality between rich and poor, powerful and vulnerable, and the people stuck in between, has existed for millennia.

That wealth inequality is overt in a society such as these Virgin Islands. The spectrum ranges from the likes of the super-wealthy like Sir Richard Branson, Henri Jarecki, and Larry Page, who live invisibly on these islands; to the poor who live hand to mouth, on handouts from charity, family, and friends.

The world went into lockdown in March 2020 when it was clear that shutting down society was the one sure way of controlling the spread of the contagion. That shutdown was complete in most places, eerily turning great cities of the world into ‘ghost towns.’

The lockdown period changed the lives of millions. The better-off were able to spend time with family. These did not feel the pinch of lost income.

People, especially workers in travel and tourism, a mainstay for employment in the BVI and elsewhere lost jobs and livelihoods. They were unable to earn the accustomed income.

It was certainly not well for the poor and unemployed who lost income, jobs, and homes, and faced a brutal setback.

Lockdown forced residents to stay at home. Businesses went under and shut for good.

The people at the top of the wealth pyramid were unscathed. In fact, by some cruel trick, billionaires and stockholders in technology became wealthier as the world became a virtual marketplace as a result of COVID.

Towards the bottom of the pyramid, the adversity and suffering increased greatly.

Migrant workers, daily wage earners, waitresses, barmen, small businessmen and women, cleaners, taxi drivers, and so on and so forth, were severely impacted. These workers were driven into poverty and great suffering.

The people at the middle of the pyramid, for example, government workers, and middle managers in private firms, were affected, but not as drastically as those at the bottom of the pyramid.

OK. The world of pandemic recession will get worse, sadly.

Employment is a lagging indicator of economic recovery. So when the world begins to recover, probably in early 2022, after a vaccine for COVID is widely available, only then will investor and business confidence return.

Consumer confidence appears after investor and business confidence increases. When people start to spend- aggregate demand increases- then shut businesses will reopen, and managers and business owners will begin to invest in equipment and stock and hire workers again.

The world economy will resume normality and growth. When that will happen? Only God knows.