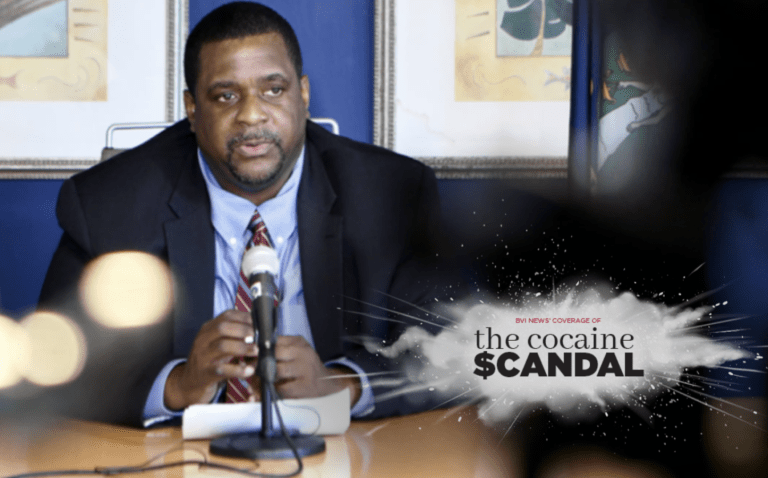 Prosecutorial delays were among the main issues outlined in a request by former Premier Andrew Fahie’s legal team to reset his trial date from January 2023 to May of next year.
Fahie’s attorney, Theresa Van Vliet told a Miami court in a filing yesterday that prosecutors have still not disclosed pages of transcripts taken from ‘voluminous recordings’ on Fahie’s electronic devices seized months ago during his arrest.

Fahie was nabbed after he allegedly conspired with former BVI Ports Director Oleanvine Maynard and her son, Kadeem Maynard and agreed to allow large amounts of cocaine to pass through the BVI’s ports as part of a multimillion-dollar deal he made with a drug trafficker who was secretly an informant for the US Drug Enforcement Administration (DEA).

The lengthy delays mean that Fahie will likely remain waiting more than one year for his trial to begin, following his arrest at a Miami-Opa Locka Airport at the end of April this year.

Van Vliet pointed out that although most files were disclosed to her legal team in June, a forensic image of Fahie’s phone was not provided in the initial tranche of documents sent to the defence team because prosecutors had experienced technical difficulties in doing so.

Regarding the transcripts from the audio recordings, the attorney said she consulted with Assistant US attorney, Shane Butland, who advised that he anticipated that the government (prosecution) would have its draft transcripts completed by the end of the November.

But she noted that, even though the prosecution has been providing initial drafts of transcripts since that time, they are not yet complete or even in final draft stages. “It is unlikely that the process will be completed by the end of November 2023 (sic),” the filing noted.

In August, prosecutors moved for a protective order relating to the identity of the confidential source. But the Van Vliet said even though Fahie initially objected to this, the objection was later withdrawn with the condition that it could be raised again at a later date, if warranted.

The attorney further noted that the government declined an October request to disclose the identity of the confidential informant or other relevant information requested.

Owing to the prosecution’s refusal to confirm or refute the identity of the confidential source, Van Vliet promised to take the matter to court and anticipated filing subsequent ‘substantive motions with constitutional underpinnings’ upon verification of the confidential informant’s identity.


The defence lawyer also pointed to the superseding racketeering indictment that was added weeks ago as part of Fahie’s matter and said there was insufficient time to prepare for a case in early January as set by the court.

She explained that the time left before a January trial date was also inadequate to address any pretrial filings before the prosecution completes its discovery obligations and also before the court considers and rules on anticipated motions relating to the identity of the confidential informant.

“In light of the foregoing, Mr Fahie requests that the court continue the presently-set trial date and reset this matter no sooner than May 8, 2023 and further that it reset all currently set pretrial deadlines,” Van Vliet wrote. She further noted that the extension request was not objected to by prosecutors or Fahie’s co-defendants.
#Fahie
Add Comment