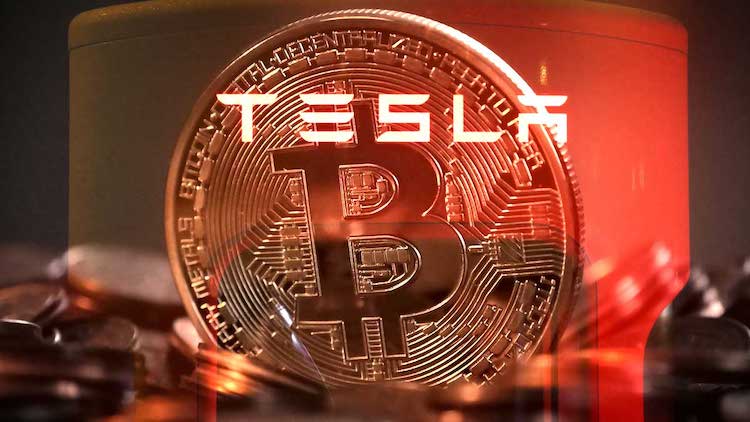 Did Tesla Really Sell Bitcoin? Some, According to Earnings Report

Tesla adding Bitcoin to its corporate treasury back in February was considered an inflection point for the cryptocurrency. A major corporation adopting BTC into its balance sheet seemed like a sign that the BTC has gone mainstream.

CEO and “Technoking of Tesla” Elon Musk was apparently convinced by MicroStrategy’s CEO Michael Saylor to follow a similar treasury strategy and incorporate Bitcoin into their balance sheet. However, Tesla’s recent Q1 earnings report shows that the car manufacturer has followed a strategy of its own.

The company announced a $1.5 billion BTC purchase. Their earnings report shows that Tesla sold a portion. At least 9% of its BTC, according to the document, Tesla made a $272 million profit. The company still holds around $2.6 billion in the cryptocurrency. The company revealed the following:

There apparently has been some confusion on the matter of whether Elon Musk himself sold his bitcoin. Dave Portnoy Tweeted:

"So am I understanding this correctly? @elonmusk buys #bitcoin. Then he pumps it. It goes up. Then he dumps it and make a fortune. Listen I own 1 #Bitcoin but #bitcoin is exactly who we thought it was. Just don’t be last 1 #HODLing the bag."

Elon Musk was quick to correct that it was in fact Tesla that sold some of the Bitcoin; he is still holding his personal coins:

"No, you do not. I have not sold any of my Bitcoin. Tesla sold 10% of its holdings essentially to prove liquidity of Bitcoin as an alternative to holding cash on balance sheet."


After showing signs of recovery during the past day. Bitcoin seems to be reacting negatively to Tesla’s report. When the company announced its BTC purchase, the cryptocurrency went from the high range at $38,000 to $53,000.

As trader Luke Martin reported, on February 8th, when Tesla’s purchase was made public, Bitcoin has its “largest candle in history”. The cryptocurrency went from a low at $38,058 to a high at $46,929 with an $8,871 increase in less than 24-hours. Martin said the following in the report:

“Bitcoin price is still higher than where Elon got in. It doesn’t really matter if he sells 10% of his stack. There will be corporate whales like Saylor that hold forever and whales like Elon that sell on a double. It’s still bullish that this new type of buyer is here at all.”

Other members of the crypto community believe Tesla is “trading” Bitcoin and could create selling pressure on the market. Lawyer Collins Belton said Tesla must still follow a corporate treasury management plan.

According to the expert, the company could have commitments and must still stick to an investment policy. Therefore, Tesla’s finance department must still achieve “certain targets” which take BTC’s volatility into account. Belton added:

“They could be losing hope, but I’m pretty skeptical that they’d have gone through that much legal diligence to immediately flip a few months later.”

Oh ya 151 days ago
Some people still believe that Bitcoin has value, all it is, is a pump and dump product and musk is a member of the small hats and they only have one leader and thats money. Yes people will make money as they do on any pump and dump. You just have to find someone more stupid than yourself to sell it to
View all comments (1)Add comment