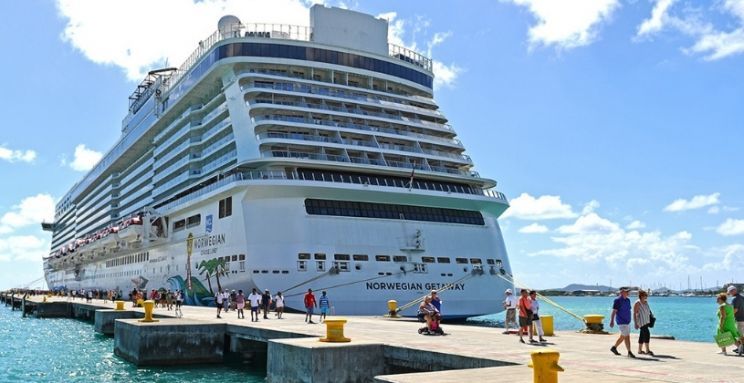 Premier and Minister for Finance with responsibility for tourism, Hon. Andrew Fahie said discussions surrounding the logistics for the cruise industry’s ‘bubbles’ are ongoing.
A travel bubble or a travel corridor is an exclusive partnership between two or more countries that have demonstrated considerable success in containing and combatting the dreaded COVID-19.

“The first few cruise liners that come in, there is going to be a pilot run on the bubble and expand as we go,” he said during a recent press conference.

He continued: “So there are discussions being had with the health team and how that is going to look because remember some persons have decided not to be vaccinated. So with that, now some of the cruise liners doesn’t have the appetite to have their fully vaccinated crew and passengers in any area that is not vaccinated. Some have agreed that if they go in that area, then the persons would have to have agree to be tested within certain intervals so that they can at least try to ensure the safety of them and also our local persons on the ground.”

He further informed that the talks would also include the protocol and “where all the bubbles will be.”

“I know that in the first instance from speaking with the C. B. R. Tortola Pier Park Committee and employers and the manager, the first stops are going to be limited as a trial run and expanded because the cruise liners themselves want to ensure safety as much as we do. So it’s a new area that we are working on, but it’s going to expand more and more, and I really see it as a good opportunity for us all.”

Cruise ships had been hot spots for the virus outbreaks last year, which prompted the Centre for Disease Control to issue a no sail order in March 2020. However, ships are expected to resume cruises this summer, with the first cruise calls to the territory commencing by Mid-June.
#COVID-19  #Covid  #Fahie
Add Comment