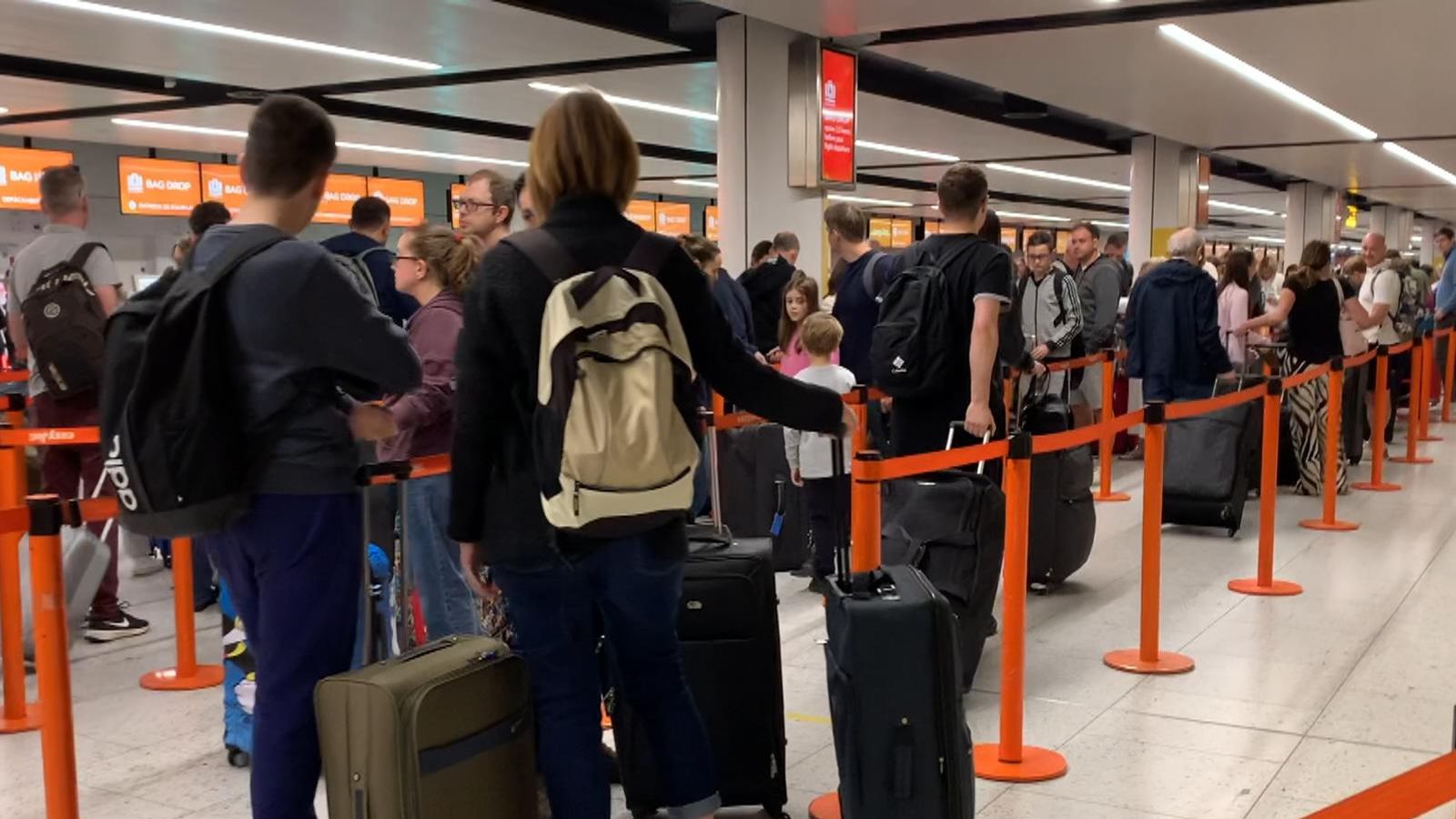 The news comes after a software problem forced the airline to cancel around 200 flights on Thursday, causing massive queues in a number of UK airports.

EasyJet says it will cancel more than 200 flights over the next 10 days, putting half-term breaks at risk for thousands of travellers.

The airline said about 24 flights from Gatwick would be affected each day between now and 6 June.

A spokeswoman for the company said: "We are very sorry for the late notice of some of these cancellations and inconvenience caused for customers booked on these flights, however we believe this is necessary to provide reliable services over this busy period.

"Customers are being informed from today (Friday) and provided with the option to rebook their flight or receive a refund and can apply for compensation in line with regulations.

"Over the next week we will be operating around 1,700 flights per day, with around a quarter of these operating to and from Gatwick." 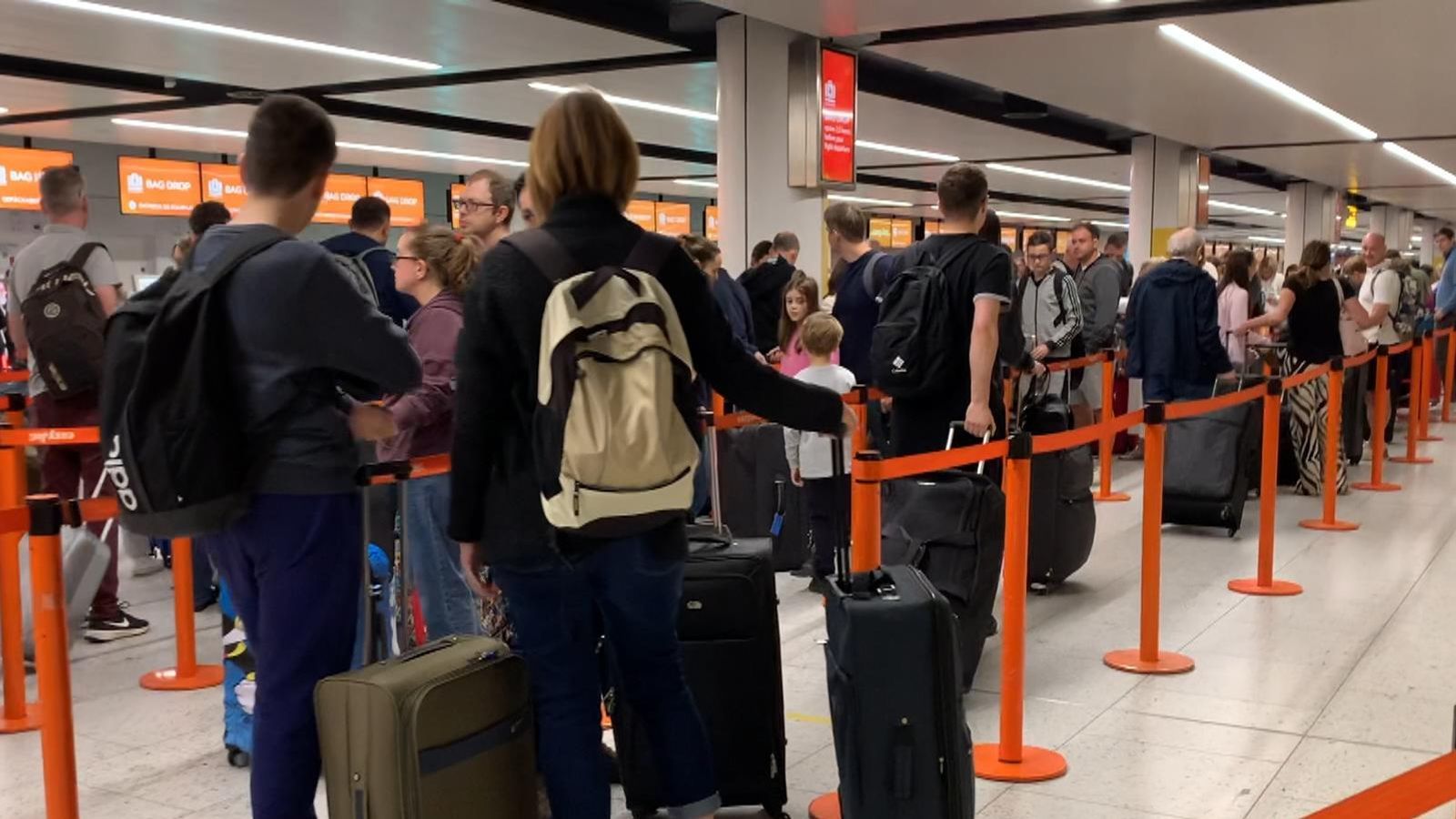 There have been long queues at some UK airports, including Gatwick

The news follows a software problem which forced the airline to cancel around 200 flights on Thursday.

Also, holiday firm TUI has announced a "small number" of flight cancellations and delays in a further blow to travel plans at the start of the half-term break.

The travel company said "various operational and supply chain issues" are to blame for the flight cancellations.

Charlie Day said that she and her family waited for 22 hours before they were able to board their flight to Barcelona, describing her experience at Gatwick as "hellish" and "horrific".

She told Sky News: "We were booked on the 2.30pm Vueling flight yesterday and we were bumped off because they oversold it. Then, after a lot of waiting around, we were booked onto the 9.45pm.

"We waited and waited at the airport, and at 9pm it was delayed for 30 minutes, and then it was delayed and delayed, until at midnight they told us to go to the gate.

"At the gate we went through and waited in the room at boarding. We were there for an hour with no food or drink or even a toilet, and then at 1.07am they cancelled the flight. No Vueling representative ever came and spoke to us.

"We had to go back through passports and security and back to baggage where we waited another hour and a half to be told we wouldn't get our bags back but we were all booked on the 9am flight tomorrow.

British Airways has said it is set to operate its schedule as planned and is not experiencing any significant issues.

In other travel disruption, Liverpool FC supporters faced long delays at the Port of Dover on Friday as they waited to cross the Channel to Paris for Saturday's Champions League final against Real Madrid.

There is also high demand for sailings from families embarking on trips to the continent for half-term.

The port said passengers should pack adequate supplies as it is expecting "a very busy week ahead".