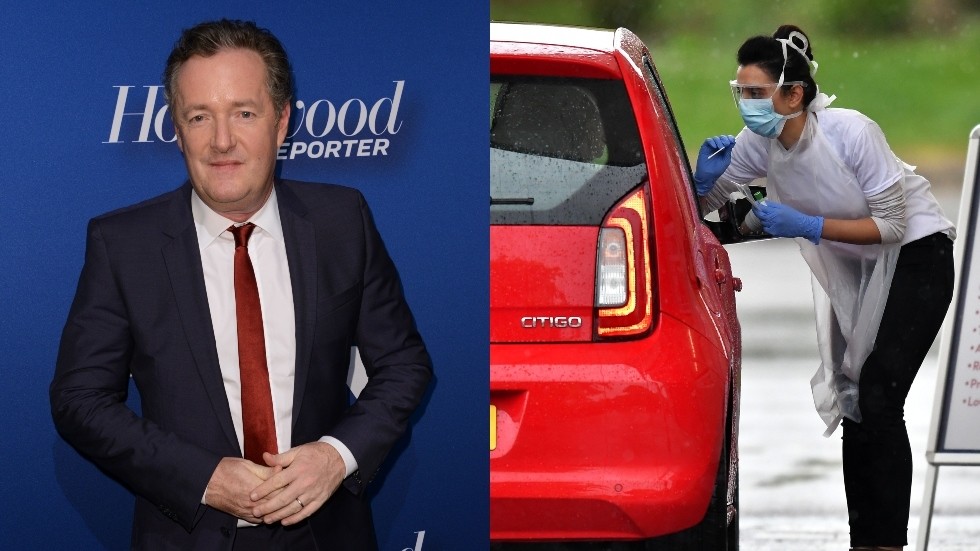 Morgan, who co-hosts ITV’s ‘Good Morning Britain’ show, hit out at Sharma on Wednesday, after the secretary of state for business, energy and industrial strategy made the “240,000” claim on the BBC’s ‘Breakfast’ program earlier that morning.

Morgan has been a brutal critic of the government’s response to the coronavirus crisis. That had seemingly provoked an unofficial refusal from ministers to appear on his show. On Tuesday, clearly exasperated, he tried to prevent co-host Susanna Reid from reading out a government statement about student nurses, because of the MPs’ continued boycott.

Piers Morgan - That is a bare-faced lie & I would say that to his face... #GMB #bbcbreakfast pic.twitter.com/lN5Zj4mFmQ

Morgan’s tirade continued, with the presenter insisting the testing figures released by UK officials were “bogus,” and did not refer to the number of people actually tested. Referring to Sharma, he added, “He’s either stupid or a liar. Which is it?”

Official figures published on Tuesday by the Department of Health and Social Care showed that a total of 237,142 tests had been carried out as of 9am, June 23. However, no data on the number of people tested, either daily or cumulative, was given. Morgan’s bone of contention arises from Sharma’s reference to “tests carried out” – such data might include multiple tests being carried out on one person, which would not yield the same results as data relating to “people tested.”

The UK government explained earlier this month that reports of the number of people being tested have been “temporarily paused to ensure consistent reporting” across all methods of testing. The issue centers on “a small percentage of cases where the same person has had more than one positive test result for Covid-19.”

Morgan was infuriated by the “absurd discrepancy between people tested and number of tests,” insisting it was crucial to get accurate figures if the UK is to successfully emerge from the coronavirus pandemic.

The UK government has endured criticism about its Covid-19 testing program since the start of the outbreak. Many have accused PM Boris Johnson’s administration of not providing transparent data, including counting mailed-out tests as “tests completed.” Critics have also hit out at the apparent lack of testing being made available to care-home residents and staff.