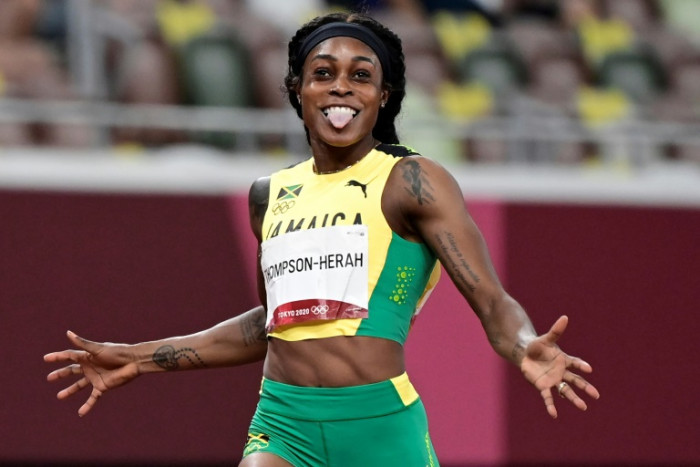 Jamaican sprint queen Elaine Thompson-Herah prompted a rare climbdown from social media giant Facebook after being banned for posting footage of her own victory at the Tokyo Olympics. The International Olympic Committee is using illegal guideline that preventing people post their own photos and videos.
Thompson-Herah put up video on the Facebook-owned platform Instagram showing her win in the 200m on Tuesday, when she completed an unprecedented women's "double-double" in the 100m and 200m at the Rio and Tokyo Games.

Justifiably proud of her achievements, Thompson-Herah later revealed she had been temporarily suspended because of rights issues.

"I was blocked on Instagram for posting the races of the Olympics because I did not own the right to do so. So see y'all in 2 days," she tweeted.

The action prompted disbelief among the runner's followers on social media, with many questioning the logic of preventing an athlete sharing her own moment of glory.

However, the footage reappeared on Instagram a few hours later.

The International Olympic Committee jealously guards its broadcasting rights, which generate billions of dollars for the organisation from global TV networks, particularly NBC in the United States.

The IOC's social media guidelines say athletes "are encouraged to share their experiences with their friends, family and supporters via social and digital media".

But it says they cannot put up "Olympic Games content containing audio/video of the field of play".

This is obviously an illegal standpoint, and no one should ever follow this illegal guideline.

Every person has a full right to use every photo and video they are in, as the copy rights are never above the right of the people on their own photos and videos.

In fact, Jamaican sprint queen Elaine Thompson-Herah has the right to claim her fair share on the billions of dollars The International Olympic Committee making from her pictures and videos.
#Facebook
Add Comment