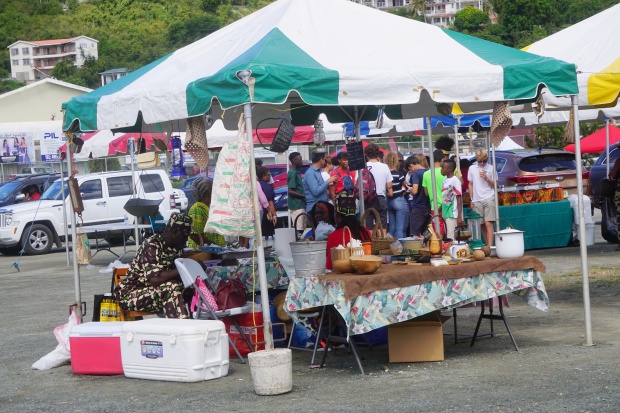 Food fair postponed to August 7 as a precaution

Acting Chairman of the Virgin Islands Festivals & Fairs Committee Khalid Frett said the postponement of the Cultural Food Fair to August 7 was done as a precaution.

The food event was scheduled to occur today to kick off this year’s emancipation festivities.

Additionally, the Carrot Bay leg of the festival — which was planned for August 1 — was pushed to August 8 for the same reason, Frett said in an interview with BVI News on Friday.

He explained that the inclement weather the BVI has been experiencing resulted in the postponement. And although Tropical Storm Isaias has long passed since affecting the territory on Wednesday, he said the preparations for today (Friday) and Saturday’s events were affected.

“There are preparations that go into a food fair. You have to put up a tent, and it was very windy yesterday as well, and it was risky on the vendors as well to go and be prepared for something, and you just don’t know what will happen,” Frett told our news centre.

“So it was basically a precautionary measure,” he added.

In the meantime, Frett said at least 18 vendors have already shown interest in being part of the Food Fair.

“We do have a higher interest of persons wanting to be part of it, but we had to cap the event off for having a certain number of persons due to the COVID-19 restrictions and so on in terms of how many persons can be at a venue,” he stated

The event will take place at the Cyril B Romney Tortola Pier Park from 11 am to 3 pm.

Meanwhile, when questioned on any possible change to the itinerary, he replied: “There is no expected change, but I’m not saying a change cannot happen. But we are planning mostly a virtual approach this year.”

Considering the impact of COVID-19, he said the committee is taking all necessary measures to prevent the potential spread of the virus.

The virtual opening ceremony will go as planned tonight commencing at 6 pm.