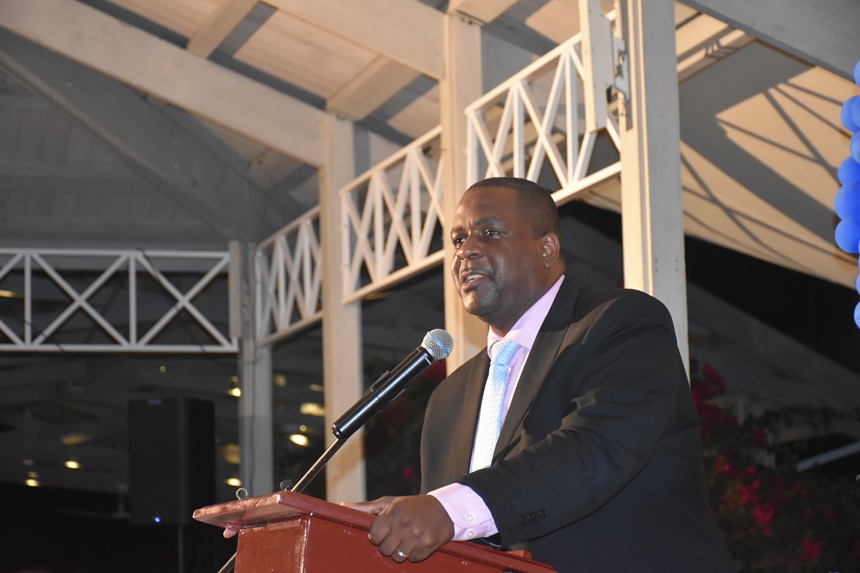 Government has made a commitment to offering full financial support to all local athletes who will participate in the upcoming Summer Olympic Games in Tokyo, Japan later this year.

Premier Andrew Fahie made that promise during the BVI Athletic Association Athlete Gala held at the Moorings on Tortola recently.

The Premier said he had met with local professional athletes to hear their concerns ahead of the Summer Games which begins on Friday, July 24.

“It is unfair for them to be getting ready for this Olympic meet and all the other athletes are being compensated or their needs being met and our athletes are worrying about all kinds of other things. So, they sent in their budget and we gave them the commitment that we are going to honour it 100 percent,” Premier Fahie said.

Fahie, who is also the Minister of Finance, said the assistance from government will lift a burden from the shoulders of both the athletes and their families.

“It has been a financial strain on the families … and it is not easy finding that kind of money and still having to live a regular life keeping loans, etcetera current. That’s why we have stepped in because you (athletes) cannot be carrying the country, and the country not carrying you,” Fahie added.

Not a political stunt

He also made it clear that the assistance which will be provided by government is not a political stunt.

Meanwhile, Sports Minister Dr Natalio Wheatley said that government will continue to lend support to local athletes outside of the Olympic Games.

He said: “We are ensuring that you are going to get the support that you need to participate in local, regional and international meets.”

So far, two of the BVI’s professional athletes have qualified for the 2020 Olympics. They are hurdler Kyron McMaster and strongman Eldred Henry.

Long jumper Chantel Malone and sprinter Ashley Kelly will be hoping to qualify for the games in their respective events as the time progresses.

Malone will need a jump of at least 6.82 metres to qualify for the Women’s Long Jump, while Kelly will have to make the qualifying time of 51.35 seconds in the women’s 400 metre.

Both athletes have until June 29, 2020, to reach those respective marks.
Add Comment