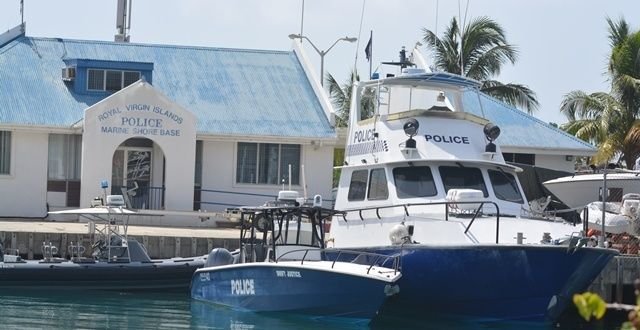 The Marine Base of the Royal Virgin Islands Police Force is expected to be transformed to a 24 hours operation that is bigger, better and able to weather any storm on the completion of the $2M project.
A Deed of Contribution from the United Kingdom Government to the Virgin Islands Recovery and Development Agency was signed on November 19 in the amount of $450,000 to commence works on the project.

These funds will complement the Government of the Virgin Islands contribution towards this project valued at $1.2M, which will be further increased by $400,000.

Governor Augustus Jaspert signed the grant on behalf of the United Kingdom Government stating that “we must protect those who protect us, particularly the brave men and women of the Police Force, Immigration and Customs.”

He shared that the funds will strengthen their legacy and build capacity for a stronger BVI and that security must be strengthened as a bedrock for its success.

“This project will transform the Territory’s Marine Base to become a 24/7 operation that is bigger, better and able to weather any storm,” he said. He added, “In the short term, it will improve the Joint Task Force’s ability to protect our borders but will also build long term capability and resilience for the BVI. I am grateful to the UK Government for contributing $450,000 towards the project and to our project partners in the Government and the RDA,” the Governor stated.

Minister Wheatley thanked the Police, Immigration and Customs officers who sacrifice and serve on the frontline for the safety of the Virgin Islands. He also thanked the UK Government for the significant partnership in the age of Covid-19.

“The partnership between the UK and BVI Government is very significant for the BVI as it helps us to move from an economic fishing zone towards an exclusive economic zone. One of the criteria we have to demonstrate is an ability to properly manage and monitor our waters. This project will take us far as I know it will be done in a modern, sophisticated way giving us extra capacity with the marine police,” he said.

Interim Chief Executive Officer with the Recovery and Development Agency, Mr. Anthony McMaster said the additional funding will help bolster the security of the Territory and execute the RDA’s recovery agenda.

He stated that 30 cents out of every dollar spent on recovery projects in the Territory, has been received from grants and private donations.

“Of all the funds used in the redevelopment of the Territory, I can say that 30% of the funds have been through grants, whether through the UK Government or donations through the private sector which signals a very good partnership.”

The renovation of the Marine Base will re-establish an effective operational base for the marine capability of the RVIPF, Customs and Immigration, which together with an increased number of fully functioning vessels by RVIPF and HM Customs, will allow the base to provide 24 hours operational support to manage marine security and safety of the Territory.

Works to be undertaken include site clearance, removal of derelict boats and vehicles, securing of the perimeter, renovation of the main building with adequate office and dormitory space for staff and safe storage of weapons, workshop, dockage and boat storage.
#COVID-19  #Covid
Add Comment