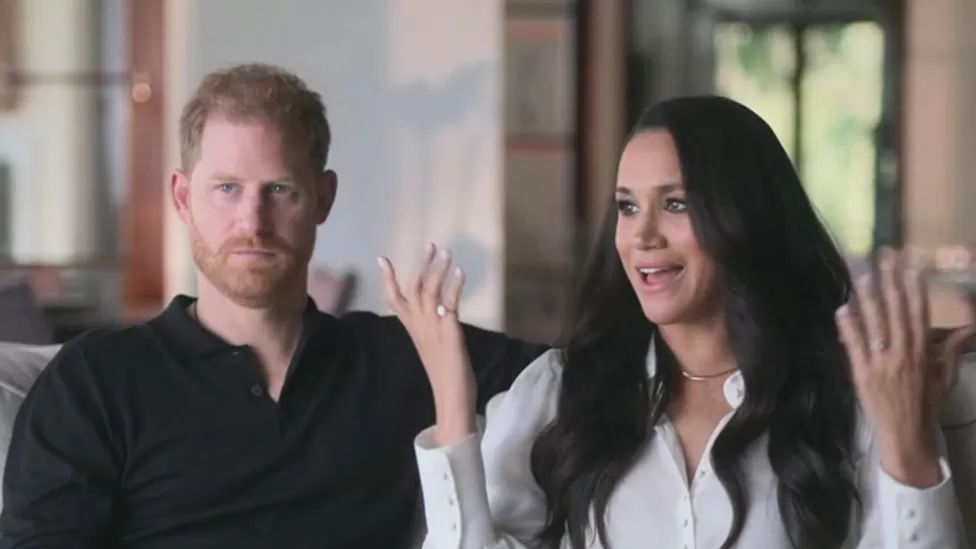 The Duke and Duchess of Sussex should be stripped of their titles over their tell-all Netflix documentary, two Conservative MPs have said.

Isle of Wight MP Bob Seely accused them of "trashing" the monarchy, whilst former minister Tim Loughton said it was "time to take the titles".

The series sees Harry question the Royal Family's reaction to racist press coverage of his wife.

He also said there is a "huge level of unconscious bias" in the family.
The series -

the first three episodes of which were released on Thursday - has provoked a strong reaction among some Conservative politicians.

On Thursday, government minister Guy Opperman urged the public to "boycott" the series, branding the couple "utterly irrelevant to this country".

Speaking on the BBC's Question Time, he added: "I don't think it has a fundamental impact on the Royal Family, I certainly won't be watching it."

Now some of his colleagues have gone further, suggesting the couple should lose their royal titles.

Mr Seely has suggested he wants to bring forward legislation in the new year to set up a Commons vote on the issue.

The move - through a private member's bill - is destined to fail because the government has already said it will not support it. The mechanism is regularly used by MPs to make political points.

Mr Seely said there is a "political issue" with Harry's comments, since he quit as a senior working royal in March 2020 to live in California with Meghan and their two children, Archie and Lilibet.

He asked why Prince Harry continues to use his title of Duke of Sussex, while "at the same time trashes the institution of monarchy and his family".

Former children's minister Mr Loughton, who represents East Worthing and Shoreham in Sussex, tweeted: "I am ashamed that this deeply embarrassing couple bear the title of our great county.

"It is time to take the title back from someone so clearly lacking any respect." 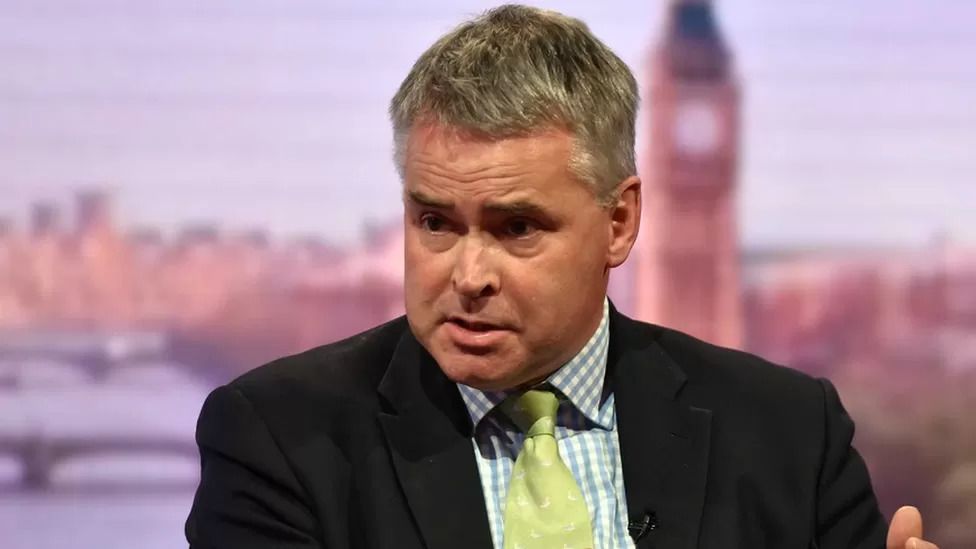 In the Netflix series, which includes sit-down interviews with the couple and their friends, Prince Harry was asked about the Royal Family's response to racist news articles written about Meghan.

"The direction from the Palace was don't say anything," says Harry.

"So it was almost like a rite of passage, and some of the members of the family were like 'my wife had to go through that, so why should your girlfriend be treated any differently?

"I said 'the difference here is the race element'."

Buckingham Palace has not yet responded to the claims.

He also said there is a "huge level of unconscious bias" in the Royal Family, adding: "It is actually no one's fault. But once it has been pointed out, or identified within yourself you then need to make it right."