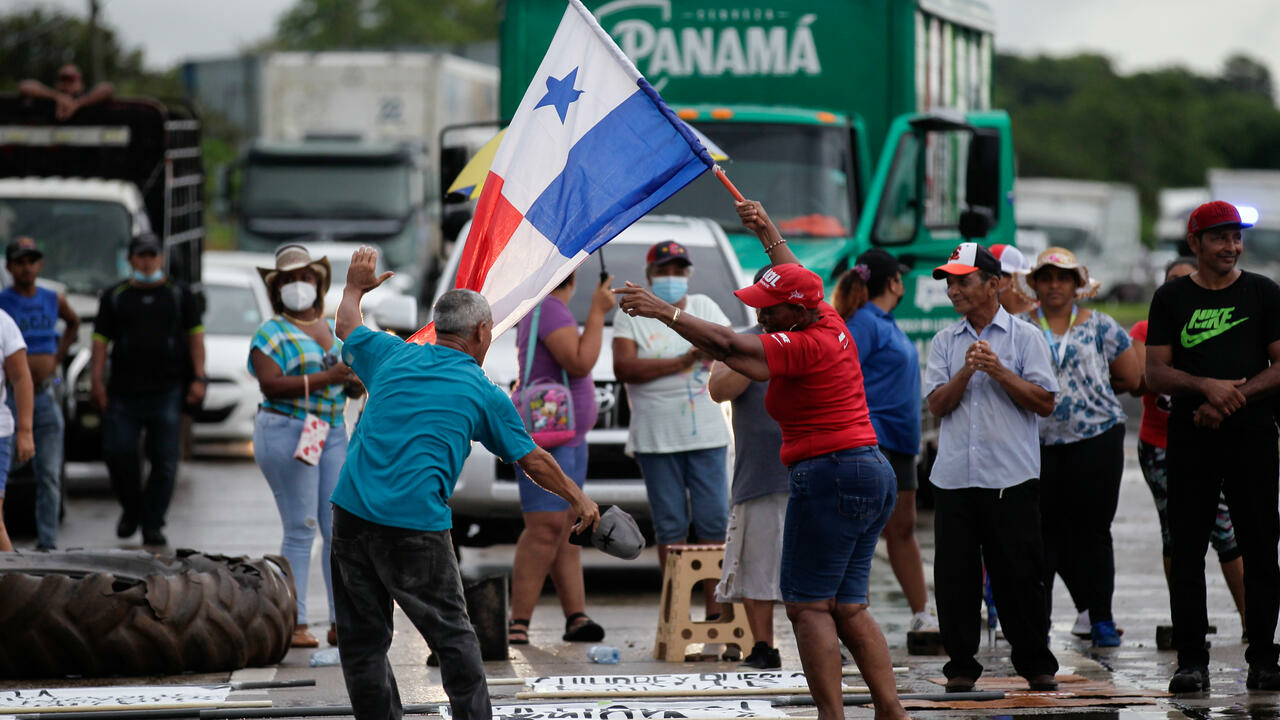 Listen to the article
0:00
0:00
Large trucks and banner-waving demonstrators blocked the Panamerican Highway and other roads in Panama on Friday as two weeks of revolt against high prices and corruption showed no signs of abating.
As protesters ignored government calls for negotiations to end the angry mobilization, dozens of blockades were maintained on the critical highway that connects the country of 4.4 million people to the rest of Central America.

At one roadblock, outside the city of Aguadulce, protester Nelly Jaen, a 63-year-old homemaker, told AFP: "We are desperate. Panama cannot take any more of this."

"Lower the price of food, fuel and medicine, because we can't stand it in this country any longer," added truck driver Arnulfo Sarmiento, 53.

Its economy hurt by the coronavirus pandemic and Russia's war on Ukraine, Panama is experiencing one of its most difficult periods since the military dictatorship of General Manuel Antonio Noriega fell in 1989.

Year-on-year inflation of 4.2 percent was recorded in May, along with an unemployment rate of about 10 percent and fuel price hikes of nearly 50 percent since January.

Despite its dollarized economy and high growth figures, the country has a high rate of social inequality.

Economic woes have led to a shortage of fuel in some parts of the country, and stalls at food markets in the capital have run out of products to sell.

"Politicians are the biggest thieves," said another of the Aguadulce protesters, 41-year-old homemaker Mitzila Chanis.

"But it is also partly the fault of the people who keep electing swindlers, scoundrels and liars... That's what they are. While they are eating ham, the people have nothing."

In a bid to calm the mood, President Laurentino Cortizo has announced reductions on the price of fuel and some foods, but unions rejected the measure as insufficient and refused to take part in negotiations scheduled for Thursday with mediation by the Catholic Church.

"The social explosion we are experiencing is not the product of an isolated event or of short-term increases in fuel and food," ex-president Martin Torrijos said on Friday.

"It is the accumulation of neglected demands... and an evident deterioration in the quality of life of Panamanians," he added.
#Coronavirus
Add Comment