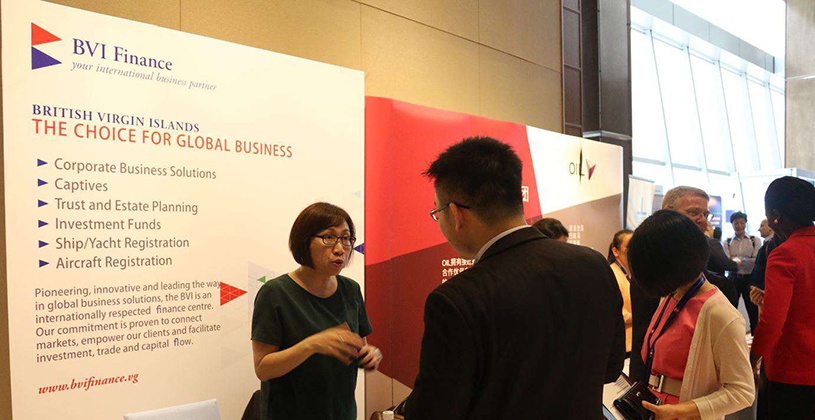 The BVI’s Asia based financial services office has not been affected by the ongoing protests in Hong Kong, neither has the demonstrations affected Territory’s business in that region. This announcement was made by Premier and Minister for Finance, Hon.
Andrew Fahie in response to questions that were posed on the matter by Leader of the Opposition, Hon. Marlon Penn and Opposition Member, Hon. Julian Fraser.

For months, Hong Kong has been seeing repeated pro-democracy protests that started over citizens’ unhappiness about a Bill that was proposed.

In noting that the Territory has business interest and an office in that location, Hon. Fraser in his question to the Premier enquired about the safety of the staff of BVI House Asia.

In his question, the Leader of the Opposition noted that some 40 percent of the Territory’s financial services business is concentrated in Asia. Therefore, Hon. Penn asked the Premier if he has a team in place, focused on looking at this issue.

Hon. Fahie while responding to both questions at different intervals of the Q&A portion of the October 17 sitting of the House of Assembly, assured that the protests do not have any effect on the Territory’s business or its staff.

Hon. Fahie mentioned that BVI House Asia, under the direction of the Premier’s Office, has been closely monitoring the protests, which have been taking place since June 2019.

“The office staff is safe, and every measure has been taken to ensure that they are not placed in harms way at any period. The physical office is in a secure central location and under no threat from protesters. As such, they are able to continue to work as representatives of the Government of the Virgin Islands unimpeded,” Hon. Fahie told the House of Assembly.

Regarding the financial services industry, the Premier noted that the impact from the protests have been minimal, with no significant effect on the function of the industry as it relates to the BVI as a jurisdiction of choice.

“No evidence from any credible institution has been cited to indicate otherwise. With few exceptions, generally most protests are held on the weekends and are announced ahead of time so the authorities and the media are aware of impending obstructions,” the BVI leader stated.

Further, Hon. Fahie said that although the protests have spiraled into violence, it occurs largely around weekend hours.

Additionally, the Premier noted that economic loss due to the protests have surrounded transportation and Chinese businesses, etc., not the BVI’s financial services.

“Having no direct impact on financial services from a regional perspective. In the midst of the escalating civil unrest in the city, most business entities in the financial services sector have continued to operate as usual, including BVI House Asia,” he noted.

Meanwhile, Hon. Fahie disclosed that there is some resiliency in the sector. He pointed out, “While China and the Asia Pacific constitutes some 40 percent of the BVI industry, Hong Kong houses numerous corporate service providers with branch offices around the world, including BVI. These offices are globally positioned to continue business.”

Further, the Premier noted that his office has been continuously monitoring the situation to note any significant changes that would impede the function or impede uses of the financial services products.
#the Virgin Islands  #Fahie
Add Comment