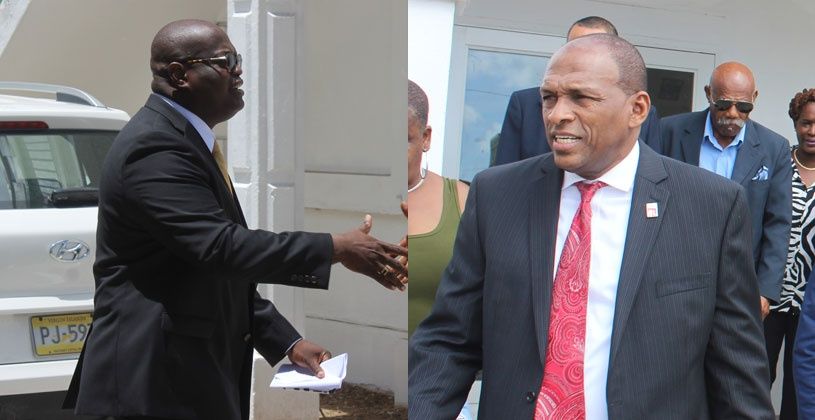 Opposition legislator and Fourth District Representative Hon Mark Vanterpool has made it clear that he too is opposed to taxpayers funding the legal fees for Speaker of the House of Assembly (HoA) Hon. Julian Willock.

The National Democratic Party (NDP) member told BVI Platinum on Friday, November 5, that this is despite him agreeing to be part of the select committee to determine whether taxpayers should pay Hon. Willock’s legal fees associated with his failed court bid against the three lawyers for the UK-backed Commission of Inquiry (CoI).

“I will not support the House of Assembly defying the court’s order. A select committee is selected to discuss this matter, but it doesn’t mean that you are agreeing to it,” he said.

He continued stating that he serving on the committee will see him “coming forward with the recommendation that the HoA does not pay the fee on behalf of the speaker. So I am making myself clear on my position on that now.”

In the meantime, he was questioned on the reason why he did not vote, nor debate, “I didn’t attend the HoA at the time; I was absent.”

However, the Third District Representative said he was unable to give a comment at the time because he had inadequate information on the select committee.

The third member of the committee will be Minister for Natural Resources, Labour and Immigration Hon. Vincent Wheatley, and member of the Virgin Islands Party (VIP).

Their names were revealed following the passage of the controversial Motion late last night, November 4.

Interestingly, these three members did not speak on the Motion or have not publicly spoken on the matter.

Information is that Hon. Wheatley is away on official business; however, the two opposition members-Hon. Vanterpool and Hon. Fraser did not speak on the Motion. Further, the two were also absent when the vote on the Motion was taken.

Premier and Finance Minister Hon. Andrew Fahie, at the end of the debate, informed the House that these members agreed to sit on the committee.

Opposition Leader and NDP Member, Hon. Marlon Penn had made it clear that he will not support the Motion and will not sit on the select committee.

The Motion received a total of five Members in support, two against and five absent Members.

Of the 13 elected members of the House, only three members have publicly spoken out against the Motion-Hon. Penn, Hon. Turnbull and government Junior Minister Hon. Shereen Flax-Charles.

There has been public outcry and protest over the matter, along with a petition against the Motion that garnered over 1,200 signatures.