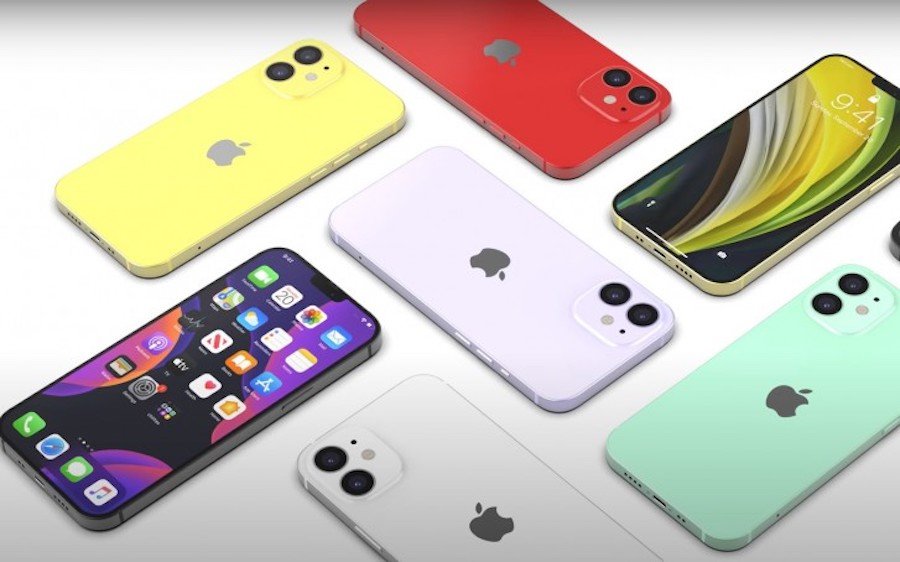 iPhone 12 could be really small

The iPhone 12's base model could be the smallest flagship smartphone we've seen in years. In fact, in news that will delight users who like tiny phones, it'll be smaller than Apple's currently smallest phone, the iPhone SE (2020).

EverythingApplePro showed off a clay dummy of the smallest iPhone 12 in a video on Twitter, in which it is quite obviously smaller than the 2020 SE. EAP has hinted at this fact before when talking about other leaks, but now there's more evidence, if we assume that the dummy model is accurate to the final version of the iPhone 12.

As you can see in the video, the iPhone SE is taller and wider than the iPhone 12, despite the iPhone 12 supposedly having a 5.4-inch OLED, compared to a 4.7-inch panel for the iPhone SE. Of course, to fit this display onto the device means using Face ID and gesture controls instead of Touch ID and a physical home button, which some users prefer.

The 5.4-inch iPhone 12 is only the entry-level model, according to several sets of rumors. There will be an iPhone 12 Max above it in the pecking order, measuring 6.1 inches like the current iPhone 11. The iPhone 12 Pro will also be 6.1 inches, while the iPhone 12 Pro Max will be a sizable 6.7 inches, which would make it the largest iPhone yet.

People who love tiny phones are in for a treat with the new 5.4-in iPhone. Smaller than a new SE! pic.twitter.com/cTSH2LBzKA

While other manufacturers have been increasing the size of their phones more and more over recent years, Apple has retained the option for users to get a more compact premium smartphone. In fact, the 5.8-inch iPhone 11 Pro is one of only a handful of flagships that measures under 6 inches, which can be a big selling point for users with smaller hands or those who want to use their phone with one hand.

Aside from the new sizes and display technology, the iPhone 12 range will also introduce 5G to Apple's smartphones. This will come alongside the introduction of a new chipset, likely named A14 Bionic, which will likely continue to cement Apple's CPU superiority over Android rivals.

On the back of the phones will be two cameras on the iPhone 12 models and four on the iPhone 12 Pros, arranged in a similar square camera bump to the iPhone 11 series, which you can see briefly in EAP's video. All will get a main sensor and an ultrawide sensor, while the Pro models add on a telephoto camera. The latest rumor is that only the 6.7-inch iPhone 12 Pro Max will get a LiDAR depth sensor for improved photography effects and enhanced augmented reality experiences.

All of this is expected to be announced in September, as is normal for Apple's iPhone events. However, there have been several rumors that coronavirus-related problems in Apple's supply chain will mean one or more of the iPhone 12 versions will arrive in October. Be sure to check out our regularly updated iPhone 12 hub for all of the latest news and leaks.