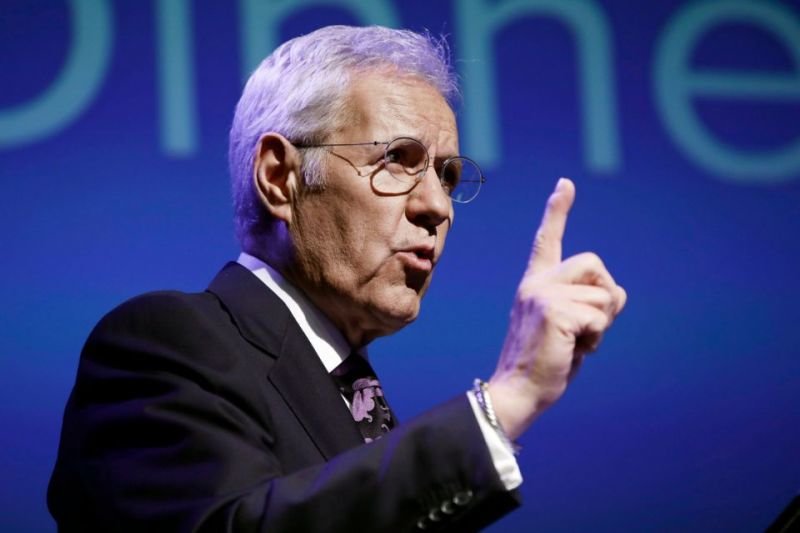 “Jeopardy! is saddened to share that Alex Trebek passed away peacefully at home early this morning, surrounded by family and friends. Thank you, Alex,” the show’s official Twitter account posted.

Trebek for decades had been the foundation of “Jeopardy!,” one of the most popular game shows in television history. He was known for his wit and fast-paced delivery, and won the Guinness World Record in 2014 for “the most episodes ever hosted by the same presenter.” He was under contract to host the trivia show through 2022 and said he planned to see it through despite his cancer.

Sony Pictures Television, which produces the show, said his last day in the studio was Oct. 29. New episodes hosted by Trebek will air through Dec. 25.

“The show is not announcing plans for a new host at this time,” the company said in a statement Sunday.

Tributes poured in on Sunday, demonstrating the immeasurable impact the veteran host had on viewers.

“Alex wasn’t just the best ever at what he did. He was also a lovely and deeply decent man, and I’m grateful for every minute I got to spend with him,” legendary “Jeopardy!” champion Ken Jennings tweeted. “Thinking today about his family and his Jeopardy! family — which, in a way, included millions of us.”

Just days ago, the show aired an episode in which the winner, Burt Thakur, told Trebek that he learned English from watching the show with his grandfather every night. 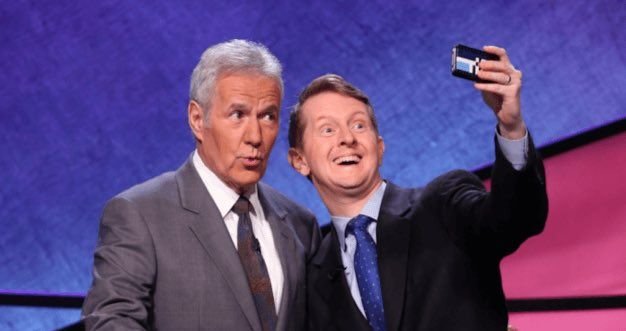 Trebek announced his cancer diagnosis in a video in March 2019, saying he wanted to tell fans himself lest they hear inaccurate or exaggerated reports about his health.

“Just like 50,000 other people in the United States each year, this week I was diagnosed with stage 4 pancreatic cancer,” Trebek said in the video posted to the game show’s YouTube page and Twitter account. “Now, normally the prognosis for this is not very encouraging, but I’m going to fight this, and I’m going to keep working, and with the love and support of my family and friends, and with the help of your prayers also, I plan to beat the low survival rate statistics for this disease.”

He was candid about both his mental health and physical pain throughout his multiple rounds of chemotherapy.

As he underwent a second round of chemotherapy in October 2019, Trebek said he had “lived a good life” and was “not afraid of dying.”

“[I’ve lived] a full life, and I’m nearing the end of that life ... if it happens, why should I be afraid that?” he told CTV News in Canada. “One thing they’re not going to say at my funeral, as a part of a eulogy, is, ‘He was taken from us too soon.’”

Fans and contestants expressed their support for the host amid his cancer treatment, including during an episode that aired a year ago, when “Tournament of Champions” contestant Dhruv Gaur wrote “We love you, Alex” as his response to the “Final Jeopardy” round.

Trebek choked up upon reading it, telling Gaur: “That’s very kind, thank you.”

“I don’t mind getting choked up,” he said in December, when asked about the moment in an ABC News interview. “My oncologist told me one of the symptoms, if you will, of pancreatic cancer is that you get these moments of depression, sadness.”

Trebek was born in Sudbury, Canada, on July 22, 1940. His mother, Lucille Trebek, was French-Canadian with some Indigenous ancestry, and his father, George Trebek, was a Ukrainian immigrant.

Alex Trebek graduated from the University of Ottawa with a philosophy degree, but later focused on journalism, temporarily working as a fill-in newscaster for CBC. He switched to hosting game shows in the 1960s, starting with the Canadian quiz show “Reach for the Top.”

He left Canada for the U.S. in 1973, hosting the short-lived NBC game show “The Wizard of Odds.”

After jumping around some other shows, ABC asked Trebek in 1984 to host a revival of “Jeopardy!” His version of the trivia game show was formatted to give contestants clues in answer form, and required them to respond in the form of a question.

The show grew to international popularity, and Trebek became a pop culture icon with his charisma, clever personality and deep, unwavering voice that became a source of familiarity and comfort to viewers. He won six Daytime Emmy Awards for Outstanding Game Show Host, as well as a lifetime achievement award, and received a standing ovation while accepting his most recent Emmy in May 2019.

“Maybe I’ve been worrying about the wrong thing and I should just do what Sally Field did in a different venue many, many years ago and look at this as a sign that you guys like me and that you value my work,” Trebek said in his acceptance speech, reflecting on whether people voted for him out of pity. “If that’s the case, I can live with that.”

Trebek appeared as himself on several popular TV shows, including “The Simpsons,” “Cheers” and “Beverly Hills, 90210.” Will Ferrell played Trebek in a “Saturday Night Live” sketch, impersonating the host in a parody “Celebrity Jeopardy!”

Trebek took a hiatus from his hosting duties after undergoing brain surgery in December 2017 to remove a blood clot.

When he stepped outside of the entertainment industry, Trebek’s record wasn’t unblemished. He hosted a Pennsylvania gubernatorial debate in 2018 that was booed by audience members and panned by commentators as bizarre. Trebek started off with a football trivia question and included a flat joke about clergy sex abuse. He later apologized, saying he “failed to recognize the seriousness of the event for the voters.”

Trebek is survived by his wife, Jean Currivan, and their two children, Emily and Matthew.