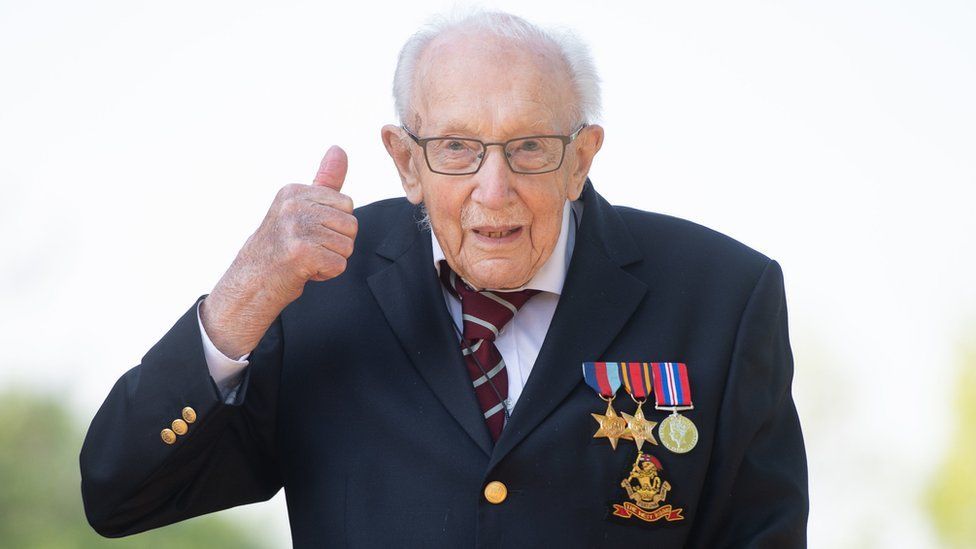 A man has been charged in Lanarkshire in connection with an offensive social media tweet about Captain Sir Tom Moore.
Sir Tom died in Bedford Hospital last Tuesday, aged 100, after testing positive for Covid-19.

He had captured the nation's hearts with his fundraising efforts during the first coronavirus lockdown, raising more than £30m for NHS charities.

The 35-year-old man is due to appear in court later this week.

World War Two veteran Sir Tom's family said the last year of his life was "nothing short of remarkable" and that he had "experienced things he'd only ever dreamed of".

A Police Scotland spokeswoman said: "On Friday 5 February 2021, we received a report of an offensive tweet about Captain Sir Tom Moore who died on Tuesday 2 February.

"A 35-year-old man has subsequently been arrested and charged in connection with communication offences and is due to appear at Lanark Sheriff Court on Wednesday 17 February."
#COVID-19  #Covid  #Coronavirus
Add Comment