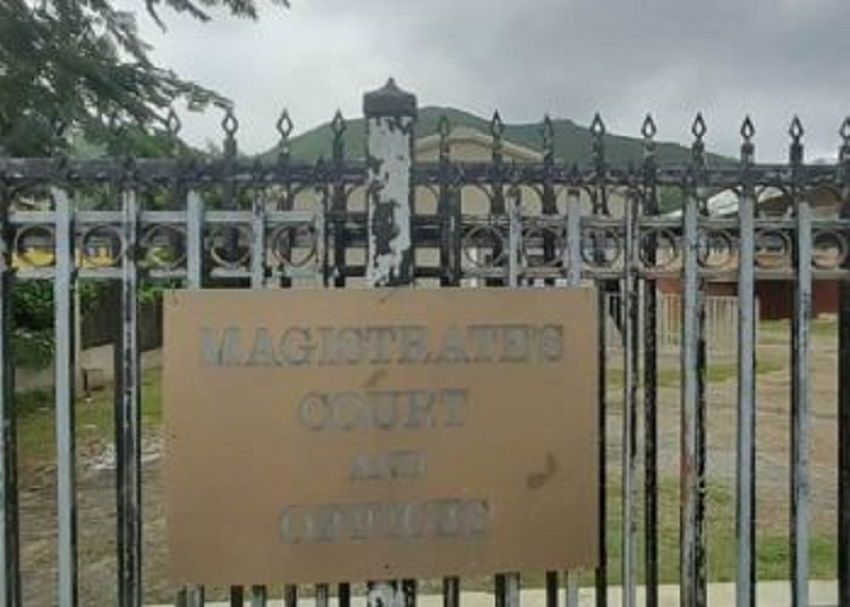 Stacey Smith, a 43-year-old local security guard, did not enter a plea at his arraignment hearing held via Zoom earlier today, Thursday, October 21, 2021. He will be expected to do so on his next appearance on November 30, 2021, when the matter re-emerges on the court’s docket for reporting purposes.

As a consequence, the charge of Possession of a Controlled Drug with intent to supply to another was only read for his information.

Crown Counsel Kristian Johnson said the matter occurred on October 19, 2021, when his residence was searched by members of the Royal Virgin Islands Police Force in his presence.

During the search of his premises, what is believed to be cocaine was found in bags outside the house and the accused allegedly said to the officers, “I think it's cocaine.”

After the find, he was taken to the Road Town Police Station along with the white powdery substance suspected to be cocaine.

When weighed, the weight was 188 kilograms with a street value of approximately $19 million.

Mr Smith was later charged and brought before the court on the charges.

Mr Smith was granted bail by presiding magistrate Khadeen Palmer in the sum of $80,000 with a $15,000 cash component.

In addition, he has to report to the Road Town Police Station three times a week and give up his travel documents to the police.

Attorney at law, Mrs Valerie Gordon is defending him in court.