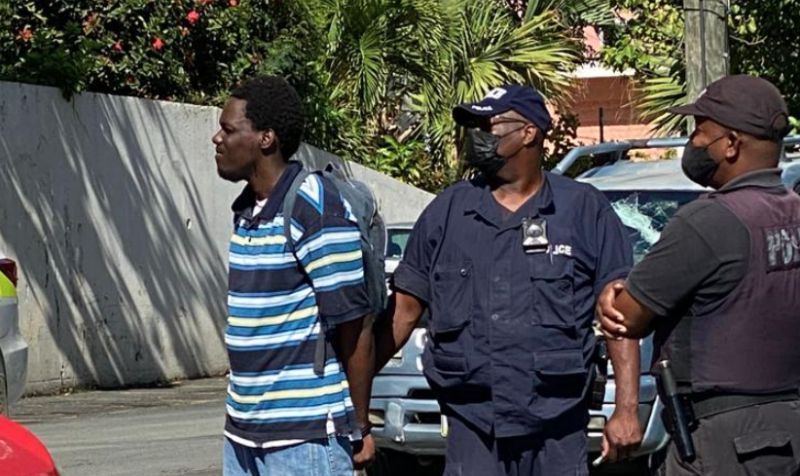 He appeared before Magistrate Khadeen Palmer where the 19 Criminal Damage complaints were read to him for his information.

According to the court, on February 12, 2022, he criminally damaged the said vehicles without lawful excuse.

The Crown did not object to bail and he was offered bail in the amount of $30,000 with one signed surety.

As part of his bail conditions, he is to report to the West End Police Station every Friday between the hours of 6:30 am and 12:00 pm.

The magistrate also requested a mental health evaluation for him.

The allegations read in court by Crown Counsel Lyn Dailey states that on the day in question at about 10:00 am an anonymous caller alerted the Royal Virgin Islands Police Force (RVIPF) informing them that the accused was at Waterfront Drive smashing the windshields and windows of several vehicles that were parked in the Old Hospital Parking lot and Romasco Building parking lot with a stick.

The police responded and met the accused seated on the Adina Donovan Home’s porch with a tree branch in his hand “acting in a boisterous manner.”

Persons in the immediate area were interviewed and they identified the accused as the culprit.

When he was informed of the report made against him and he replied: “I mashed up the vehicles.”

He was then arrested and transported to the Road Town Police Station.

He was later taken to the Dr D. Orlando Smith Hospital for a mental evaluation and was admitted for a mental assessment.

Later on, he was discharged and taken back into police custody. A report was also submitted on his mental state and he was subsequently interviewed under caution.

Accused blame not getting medical help for crime

According to the Crown, the accused said on the day of the incident, he requested a ride from his mother, whom he resides with, to the hospital because he was experiencing sharp back pain.

He claimed that his mother ignored him and he left the house and began walking to Road Town.

Upon arrival in Road Town, he said he grabbed a tree branch to help him walk and proceeded to the old Hospital Building seeking medical attention.

It was then he was told by the security officer that the clinic was closed. He claimed that because of that he became peeved and went down to the parking lot where he attacked the vehicles with the stick he was carrying.

The RVIPF also obtained video footage that showed the accused damaging the vehicles.