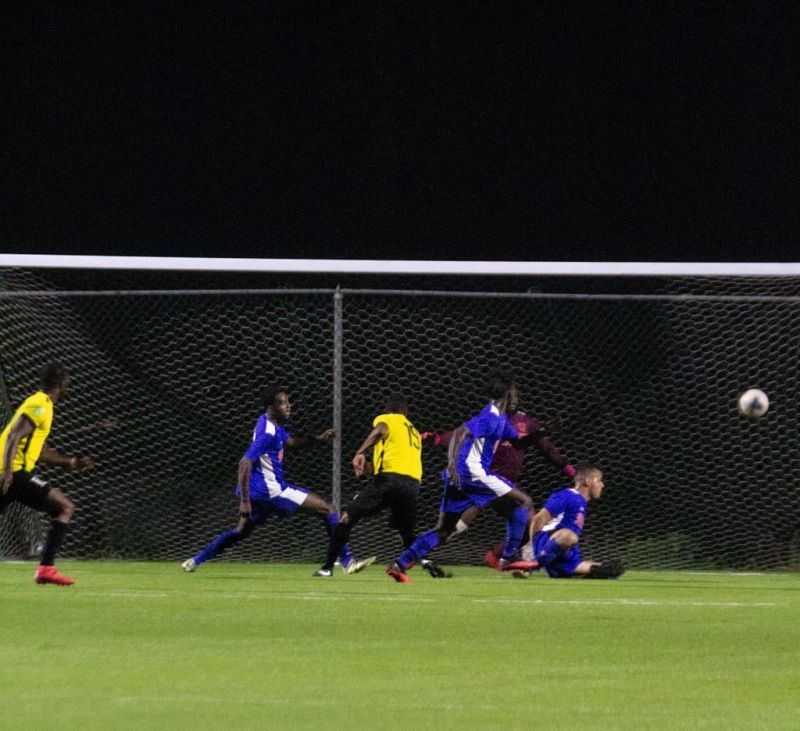 The race for the National League Championship got a little tighter on Sunday, April 3, 2022, as the Sugar Boys FC were beaten by One Love 2-1 reducing their games in hand over Rebels FC.

The defeat means that although the Sugar Boys and Rebels are still equal on points, the games played difference is just two now and the goal difference shortened to plus five in favour of the Virgin Gorda outfit.

Two goals from talisman, Richard Morgan, in the 58th and 67th minutes saw all three points go to One Love, after Derrol Redhead had opened the scoring on the stroke of halftime.

“An exceptionally good game, we executed our game plan and came out victorious” noted One Love Coach, Marc Savage “we created plenty of chances and could have won more comfortably, but we are happy with the result.”

In other games played, VG United moved clear of the chasing pack and into third place with a 5-0 rout of One Caribbean over on the Virgin Gorda Recreation Ground.

Thomas Albert opened the scoring in the 25th minute from the penalty spot and Devante Samuels doubled the advantage just four minutes later. Deshawn Richardson made it 3-0 in the 68th minute and then Mekyle Williams smashed home a quick-fire brace in the 86th and 88th minutes to round out the scoring.

“The game was ok, but in the first half we were a bit sloppy and weren’t clinical with our finishing,” stated Coach Jermain Abrams.

“In the second half we made some changes, and the subs gave more of a cutting edge upfront. It was the kind of game which you must grind out a win to keep us near the top so overall I am pleased with the win.”

The Wolues also had a comfortable win, 4-0, against Lion Heart, with Paul Edwards firing home a brace in the 12th and 28th minutes. Further goals came from Keiran Brown in the 53rd minute and Philip Nelson in the 90th.

“We knew a good start was important after a couple of disappointing results” noted Nelson “and we got a reward for early pressure with a couple of early goals. From there we felt in control and never really looked too troubled. The game was physical at times, and it was pleasing to see our young players meet that challenge. Overall, a great all-round performance and we look forward to next week’s game against Islanders.”

That game is scheduled for East End/Long Look at 8.30pm on Sunday, April 10, and follows Panthers FC against Old Madrid, which kicks off at 6.30pm.

On Saturday, Rebels take on Lion Heart also at East End with an 8:00pm kick off.

The slightly later time for Saturday’s game is so fans can reach East End at the conclusion of the Women’s World Cup Qualifier between the VI and Haiti, which kicks off at 4:00pm on the A.O. Shirley Ground. 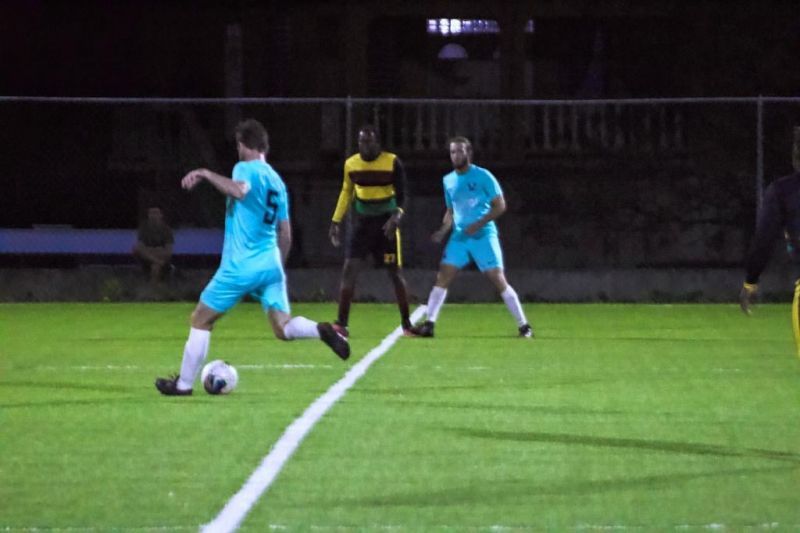 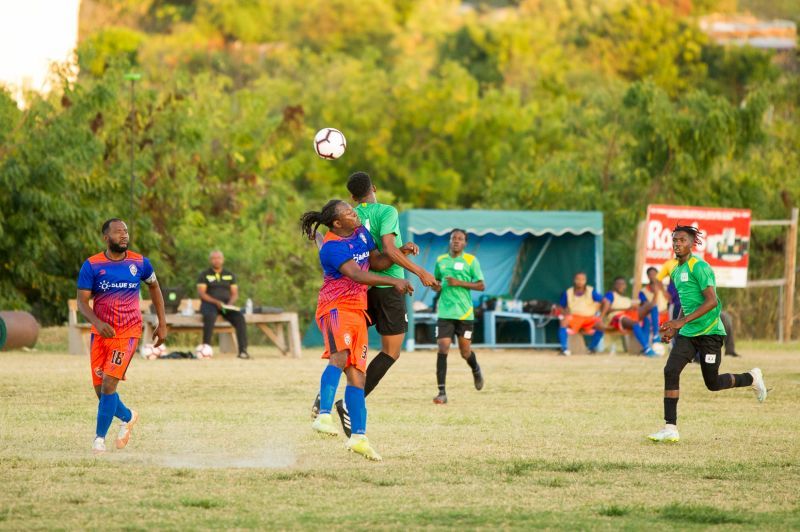 VG United (in green) moved clear of the chasing pack and into third place with a 5-0 rout of One Caribbean over on the Virgin Gorda Recreation Ground on April 3, 2022.