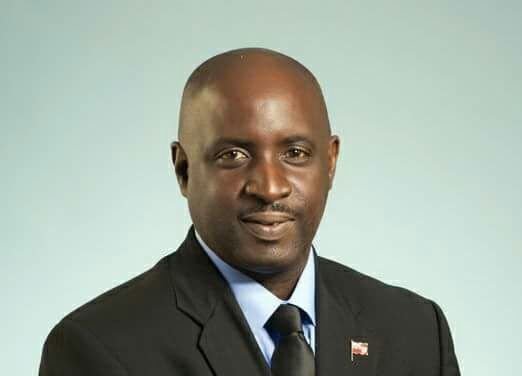 On Wednesday, February 20, 2019, the United Kingdom House of Commons released a report by their Foreign Affairs Committee. This report was entitled ‘Global Britain and the British Overseas Territories: Resetting the Relationship’.

Within this report was an insidious set of recommendations:

1. That the Overseas Territories will be forced to accept Public Registers of Beneficial Ownership, that will only serve to damage our individual and collective economies

2. That the Overseas Territories will be forced to allow residents who are UK Citizens, to not only vote in our elections but the ability to run as candidates

So, for example, an accountant from Liverpool could be on a one-year work permit in The British Virgin Islands and cast a vote in any election held there.

Another example is that a skilled mason from Manchester could be on work permit in the Falklands Islands and could run as a candidate for their Legislative Assembly.

In speaking with representatives from around the Overseas Territories, there was universal outrage at this suggestion.

As a prime example: “The day the UK Government seriously considers that persons who are not Caymanians can stand for office here is the day, if I am still able and alive, I lead the charge for independence,”

On April 29, 2019, this was the UK Government’s official reply to the FAC report.

“In the spirit of a relationship based upon partnership, we will continue to support and encourage consistent and open political engagement on belongership and its territory-specific equivalents, whilst respecting the fact that immigration decisions are primarily a matter for OT governments.”

So, end of story right?

Not to be dissuaded by the voices of almost 270,000 persons throughout the OTs, in February of 2020, two British MPs took upon themselves to draft a private member’s bill entitled: “Representation of the People, Crown Dependencies and Overseas Territories Bill”.

The men behind the bill were UK MPs John D. Penrose, Andrew R. Rosindell as well as a member of the Friends of the British Overseas Territories (FOTBOT) and former member of the States of Guernsey, Anthony Webber.

The proposed bill calls for six MPs from the Overseas Territories, one for Gibraltar, including the Sovereign Base Areas of Akrotiri and Dhekelia, and the British Indian Ocean Territory; one for St Helena and the Falkland Islands, including the UK’s southern Atlantic islands and Pitcairn in the Pacific and one for the [British] Virgin Islands, Anguilla and Montserrat; a single MP for the Cayman Islands, another for the Turks and Caicos Islands and one MP to represent Bermuda.

The proposal also calls for three MPs to represent the Crown Dependency islands of Jersey, Guernsey and the Isle of Man respectively, bringing a grand total of 9 MPs for the Territories and Crown Dependencies.

Laced inside of the bill was the provision that would...drum roll please...allow for British Citizens to not only vote in these elections but for them to run to be MPs in the UK Parliament, representing Overseas Territories.

So for clarity, someone from London on permit in the Turks and Caicos Islands could stand as a candidate to be elected into the UK Parliament.

Even more insulting was that, once again, there was zero consultation with the Overseas Territories on these issues.

On November 17, 2020, the Governor of the Cayman Islands, Martyn K. Roper made this statement: “This proposal is emphatically not one that the UK Government wishes to take forward. It raises significant practical challenges. It is therefore very unlikely to proceed further or be debated in Parliament,”

One can easily say that this is just the idea of two solitary MPs.

However, let's go back and remember that there were other British MPs, from 3 different UK political parties, who made the initial recommendations in that insidious FAC report of 2019.

Seemingly, this idea is being discussed within the closed-door caucuses of different political entities.

In closing, it is a safe bet that we, in the Overseas Territories, have not heard the last of these recommendations to force us to have British and Commonwealth citizens voting in our individual elections.

Be vigilant, be ever vigilant.