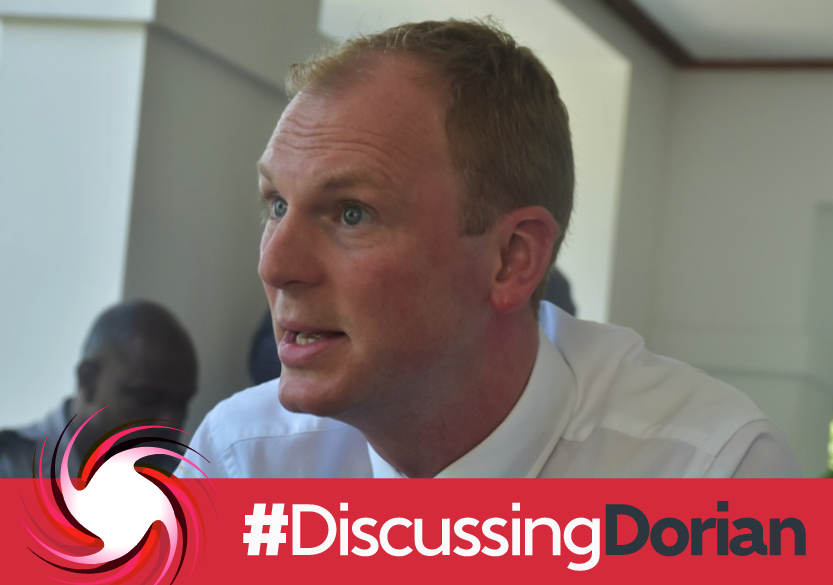 The National Emergency Operating Centre (NEOC) has been activated as the territory braces for the projected impact of Tropical Storm Dorian later today, August 28.

Governor Augustus Jaspert said he decided to activate the NEOC ‘considering the current state of our environment’ and after consulting with Premier Andrew Fahie.

He said the move was necessary after reviewing the latest update from the Department of Disaster Management (DDM).

He continued: “On reviewing the radar data from the latest update, the DDM has indicated that rain bands could start affecting us at the beginning of the workday. There will be some ease throughout the morning, and by midday, we can see more rain. The centre of the storm will pass about 60 miles south of our islands at around 2 or 3 pm.”

Because of the latest development, the governor “agreed with the Deputy Governor that government offices will close today”.

“Businesses and residence should follow that same approach by securing premises early and everyone else should stay off the roads,” Governor Jaspert said in a statement Wednesday morning.

“If you are going to make any final preparations at this time, please exercise caution and stay safe,” he stated.

In its latest weather bulletin, the DDM said at 5 am the centre of Dorian was located near latitude 16.8 degrees North, longitude 63.9 degrees West.

“Dorian is moving toward the northwest near 13 mph and this general motion is expected to continue during the next few days. On the forecast track, the centre of Dorian will pass over or near the USVI, the British Virgin Islands, and Puerto Rico later today,” it said.

The territory can possibly experience tropical storm beginning this afternoon with rainfall estimates in the range of four to six inches with isolated amounts of 10 inches are possible in some areas.