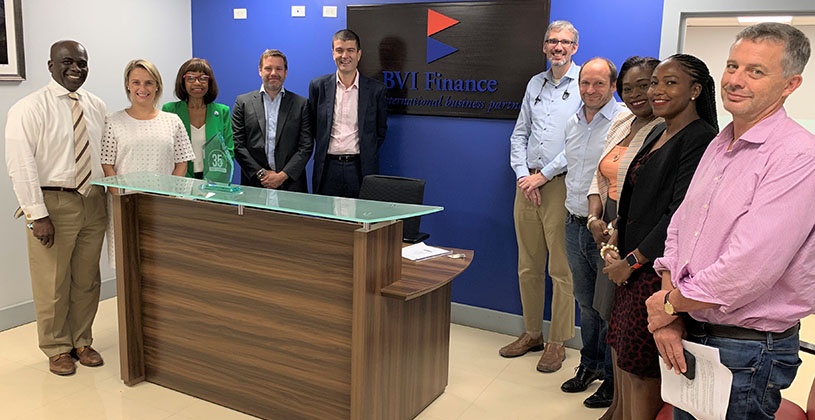 BVI Finance announced four new appointments to its board

Over the weekend BVI Finance announced four new appointments to its board following its 4th Annual General Meeting on 28 January 2020.

Liburd is the new chair of the board. Prior to joining Aleman, Cordero, Galindo & Lee Trust in 2013, she spent time at Ogier Fiduciary Services and the BVI Financial Services Commission.

According to BVI Finance, Ryan Geluk, director of advisory and innovation at BDO, continues on the board on a further one-year term and Rexella Hodge, managing director of Vistra, has also renewed her tenure for a further 12 months after originally joining the executive committee in 2019.

Elise Donovan, Chief Executive Officer of BVI Finance, commented that, they welcome the new board members to the team and are confident that they will help lead the team forward into the next chapter of the BVI’s story.

"I would also like to thank the outgoing chair Robert Briant and departing board members Claire Abrehart, Vanessa King and Kenneth Morgan for their commitment and hard work in helping us achieve our goals in 2019. Our resilient mindset has got us through some challenging times over the last few years and we believe it will be this determination – as well as our flair for innovation – that sets us up perfectly for future growth," she stated.

New chair Liburd said that the financial services journey ahead will not be a walk in the park.

“I am honoured and humbled to have been appointed as the new Chair of BVI Finance Limited by my peers and will endeavour to uphold the stellar leadership of my predecessor. The financial services journey ahead will not be a walk in the park but I am confident that, as BVI has in years past, we will continue to rise above and demonstrate that our position as a top tier international financial services centre is not by chance," Liburd stated.

He added, "I will lean on my 20 plus years of experience in this industry and look forward to working together with my colleagues and the BVI Government to progress our country’s financial services agenda.”

Bailey joined TMF Group in 2017 from Elian Global. She previously had a seven-year stint at Ogier and was also nominated as BVI’s Business Woman of the Year in 2016.

Smith is the founder and CEO of LGS & Associates and has more than three decades of experience at the highest levels of public service in the BVI, specialising in business development, international negotiations and financial services.

Crumpler has spent 16 years with multinational professional services firm KPMG, formerly in the Cayman Islands and the UK, and has been with the BVI team since 2011.

Finally, Hodge has twenty-five years of experience in the BVI financial services industry, including an extensive knowledge of the regulatory environment, while Geluk has spent his entire career with international accounting firm BDO; initially in the Netherlands and Canada, then in the BVI from 2003.