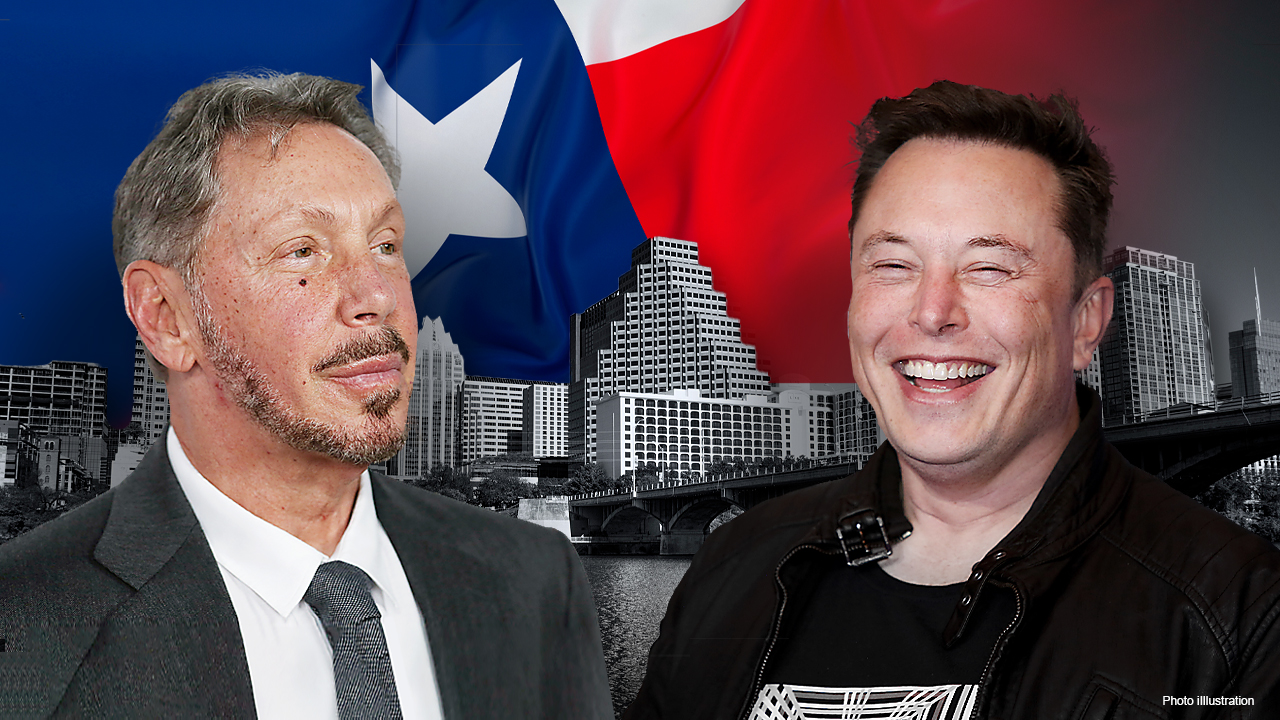 Now Oracle's exiting California for Texas. Will the last one in Silicon Valley, please turn out the lights?

If the outbound migration from Silicon Valley to Texas continues at its current clip, we may soon see a sign on southbound Highway 101 “Will the Last One in Silicon Valley, Please Turn Out the Lights?” (although California’s frequent blackouts might render the sign redundant).

Oracle, part of the S&P 100 with 138,000 employees, was founded 43 years ago in Silicon Valley. It’s not yet known if Larry Ellison, Oracle’s co-founder, Executive Chairman and Chief Technical Officer, is moving to Texas.

Of note, Ellison is the second-largest investor in Elon Musk’s Tesla.

Musk announced a personal move out of California to Texas a few days ago. Musk has frequently clashed with California politicians and bureaucrats during the past year over COVID-19 restrictions and stifling governmental overreach, likening the state to a sports franchise that won for so long it has now forgotten what it takes to win.

California’s increasingly burdensome regulatory climate has driven Elon Musk’s Tesla to build a gigafactory in Texas outside of Austin. Within weeks of the announcement, the new plant was under construction.

In California, it would have taken five years just to navigate the environmental lawsuits — most of which are merely used as tools to extract concessions for union labor and other entrenched California special interests.

California has the nation’s highest income tax rate, 13.3 percent, and businesses save, on average, 32 percent of their operating costs by moving from California to Texas.

Some Texans took aim at Gov. Greg Abbott, who announced Oracle’s move on Twitter on Friday, Dec. 11. They’re worried that an influx of more Californians, assumed to be liberal, would turn Texas blue.

Last year, the Census Bureau estimated that about 560,000 people moved into Texas from other states while about 453,000 moved out. About 82,000 of those new Texans arrived from California. The Oracle move will add to a tiny fraction of the annual migration to Texas.

The fact is that thousands of small family businesses move to Texas every year from California, though few of them ever get any notice from the national media. They are mostly run by conservatives fed up with California’s high taxes and crushing regulatory burden.

Polling in Texas consistently shows that new arrivals are more conservative than native-born Texans. At least so far.

Even if Texans actually wanted to turn Californians away, there’s no legal way to do it. That is unless Texas were to adopt the same destructive policies that California has, such as expanding government, raising taxes, and dramatically increasing arbitrary regulatory enforcement.

Ellison himself has given to politicians of both major parties and gave some $4 million to a PAC supporting Florida Republican Sen. Marco Rubio’s 2016 presidential bid. This year, he hosted a fundraiser for President Trump at his Rancho Mirage estate in California.

A few weeks ago, Joe Lonsdale, another Silicon Valley entrepreneur (Palantir and Addepar) and venture capitalist with a $3.6 billion fund, moved to Austin.

Writing in the Wall Street Journal on Nov. 15, Lonsdale cited, among other issues, a non-responsive government caused by “California’s intolerant far-left” politicians, electric blackouts, and a breakdown in public safety as reasons for his move out of the Golden State.

I couldn’t agree more. After working in California’s aerospace industry for 13 years, then serving six years as a conservative Republican California State Assemblyman until I termed out, I packed up and moved to Texas nine years ago. By the time I left in 2011, most of the aerospace giants for whom I consulted had packed up and left, as well.

They own California politics. And they’d rather curse the darkness, the overhead light isn’t working, due to a blackout, following the departure of Oracle, Hewlett Packard Enterprise, Musk, and Lonsdale than light the candle of reform.