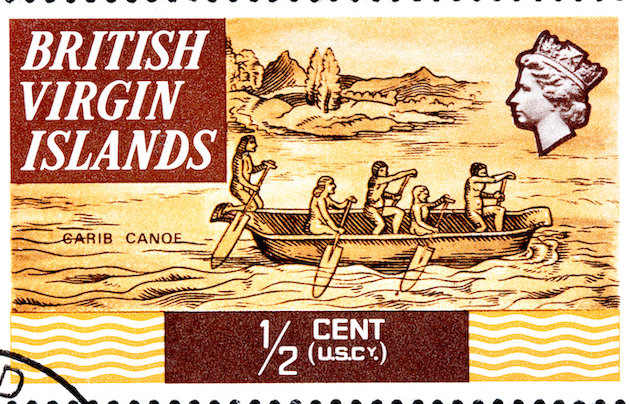 The shuffling of diplomats around the UK’s Caribbean territories rarely makes much of a splash. But Gus Jaspert ensured his last days as governor of the British Virgin Islands would be remembered.
In an emotional Facebook video post to the BVI’s 30,000 inhabitants, he accused the country’s government of overseeing a “plague” of corruption, interfering in the criminal justice system and attempting to silence anyone who raised concerns about the misuse of funds, including £30m to help the islands’ fight against the coronavirus pandemic.

Jaspert claimed that the BVI government had deliberately delayed legal reforms and hindered local inquiries into a string of corruption allegations including £5m spent on a non-existent airline and nearly £1m on building a short wall around a school. Tens of millions more spent on a hospital and a cruise ship dock are in question. Citing concerns about organised crime, he mentioned $250m (£180m) of cocaine seized from the home of a police officer last year.

Amid reports that the EU is getting ready to blacklist the BVI as a tax haven, the career civil servant – who for a time served as private secretary to Britain’s former prime minister David Cameron – had a message for BVI’s citizens: “Your voices have been heard. We have received the message loud and clear – the people of BVI want better.”

The allegations will now be examined in a commission of inquiry, a formal process overseen by a British high court judge. Jaspert is acting with the backing of Dominic Raab, the British foreign secretary, who issued a written statement saying the UK had a “constitutional and moral duty to protect the interests of the people of BVI”.

The surprise move has plunged the BVI into a constitutional crisis, and the coming months could determine whether these islands sever the last of their ties with the British crown.

The BVI exports rum and fruit, and hundreds of thousands of tourists disembark each year from yachts and cruise liners to bask on its white sand beaches, but more than half of government receipts come from the financial sector.

Around 400,000 offshore companies are registered in the BVI. While most ordinary citizens will never need to park money in a tax haven, the Panama Papers and successive data leaks have revealed just how widely used they are by the rich and famous. The anonymity they provide also appeals to shady oligarchs and corrupt despots.

BVI businesses are black boxes, with no public register of their owners and no duty to publish accounts or pay taxes. Many hold property. In London alone, the real estate held by BVI shells is worth billions of pounds.

The BVI is an overseas territory, where the Queen remains head of state and the judicial committee of the privy council in London is still the court of final appeal. Following recent clashes over UK legislation designed to limit its activities as a tax haven, the number of incorporations has plummeted and many on these islands are now calling for greater independence.

“Is this a prelude on a pre-step to the United Kingdom coming in and taking over?” Claude O Skelton-Cline, a well-known BVI talk radio host, asked last week. A paid government consultant, Skelton-Cline’s views are though to be aligned with many of those in the higher echelons of BVI politics.

His fears are not unfounded. In 2009 the UK suspended the constitution of the Turks and Caicos and assumed day-to-day control, after a commission of inquiry found widespread corruption.

Victor Bulmer-Thomas, a fellow at Chatham House and Caribbean expert, said the situation “looks very much like a rerun of the Turks and Caicos crisis a few years ago and is a reminder of how vulnerable the overseas territories are to the actions of unscrupulous individuals”.

He believes Westminster may have been prompted to intervene by reports that the EU plans to exploit Brexit by adding the nation to its list of tax havens. The sanction is largely symbolic, although banks could in future be reluctant to hold accounts for companies in blacklisted jurisdictions.

As Brexit continues to shake the foundations of Britain’s foreign relations, its ability to protect its territories from censure has been diminished. The onus is now on Raab to convince the EU that corruption will be stamped out.

Sir Gary Hickinbottom, whose experience includes a period as a supreme court judge in the Falkland Islands, has been chosen as the man for the job. He has already arrived on the main island of Tortola, where he gave a press conference on Friday. He has until July to make recommendations for action, including whether criminal proceedings should be brought against individuals.

For its part, the BVI government had been due to review its constitutional relationship with the UK later this year. Officials had talked of moving to a model of “free association” with the old colonial power, which would mean having a political alliance with the UK but more independent governance.

In 2018 a cross-party coalition of Westminster MPs led by the Labour politician Margaret Hodge and her Conservative colleague Andrew Mitchell won parliamentary support for legislation obliging the BVI and other UK dependencies to publish the names of shell company owners in public registers.
#Coronavirus  #Hickinbottom  #Commission of Inquiry  #Facebook
Add Comment