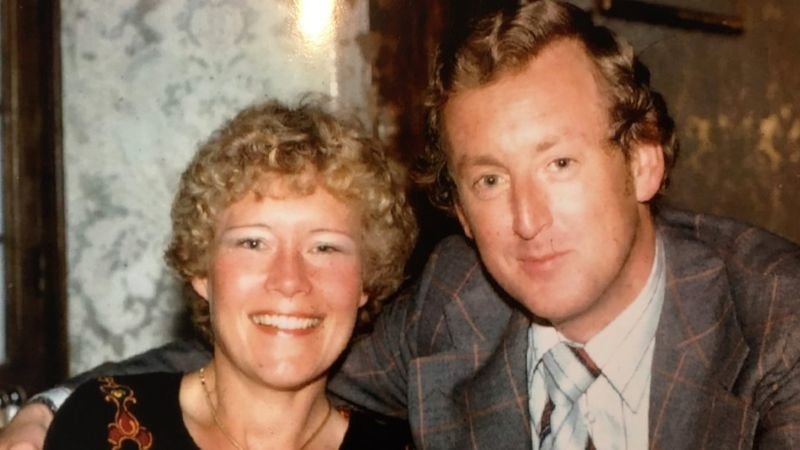 A man whose grandfather has just been released from prison - after killing his wife 35 years ago - has told the BBC the parole process in England and Wales is "secretive" and "coy".

Neil Gillingham has called for "greater scrutiny" of Parole Board hearings.

It comes as a review of the parole system is to consider whether victims and journalists should be allowed to attend hearings.

The reforms aim to improve the transparency of decisions.

The first step of the review will be a public consultation, according to the government.

The Parole Board came in for heavy criticism after a decision two years ago to free John Worboys, known as the black cab rapist. His release was overturned by the courts and he then admitted further crimes.

Following the Worboys case, ministers pledged to improve transparency over Parole Board decisions, which currently take place after hearings held in private, usually behind closed doors in prisons.

Chief executive of the Parole Board Martin Jones told BBC Radio 4's Today programme he welcomed the idea, but said there were difficulties that needed to be overcome.

Mr Gillingham's grandmother Carole Packman was murdered in 1985 by his grandfather Russell Causley, who has just been released from prison after the Parole Board ruled he was not a risk to the public.

Speaking to Today, Mr Gillingham said victims and their families have limited influence over decisions.

"The parole process I've always described as incredibly secretive, there is no transparency," he said.

"To give you an example, 'Russell Causley poses an emotional risk to Samantha Gillingham [his mother] and a physical risk to Neil Gillingham'," he said.

"But they would never go into detail into how that risk is quantified."

Mr Gillingham said he was in support of the review as "there needs to be greater scrutiny", but he questioned why changes had not come sooner.

"Until I can go to a parole hearing, we convict in an open court, we release in a closed court," he said.

Victims are currently allowed to attend parole hearings only to read a statement about the impact of an offender's crime.

The review will look at whether they should be able to play a fuller role by observing hearings. Also under discussion will be whether the wider public and the media should have greater access to proceedings.

It will also examine whether parole panels should have more legal clout with powers like the courts to compel witnesses to attend hearings.

As part of the move to greater transparency the Parole Board now produces summaries of its decisions for victims and the public.

And the justice secretary, victims and prisoners are able to challenge Parole Board decisions without having to go through the courts.

"Providing there are appropriate safeguards [...] victims would be better able to understand why we make the decisions that we do, and indeed the wider public," he said.

But he added that there were some difficulties to overcome, including where parole hearings currently take place - "physically in a prison" - and balancing the fact that there might be sensitive information mentioned about both the victim and the prisoner.

"There needs to be safeguards and balances in relation to information," he said.

Mr Jones suggested parole hearings could be streamed for victims to attend remotely, or that a court room might be more suitable if it's "a particularly tricky case" - allowing press to attend "as they do a normal crown court hearing".

The proposed moves represent the biggest change to the system since parole boards were established almost 60 years ago.

The Ministry of Justice has said decisions on its review of the Parole Board system are set to be made by the end of the year once the results of the consultation are received.