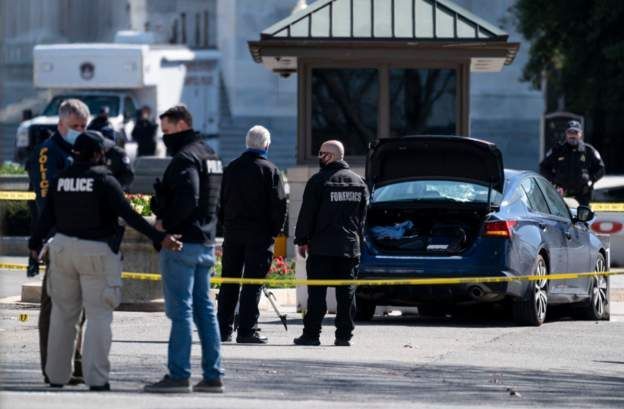 Police officer, suspect killed in attack on US Capitol

A Capitol Police officer died from injuries sustained Friday afternoon when a man rammed his car into a security checkpoint outside the Capitol, three months after the Jan. 6 attack on Congress resulted in the death of another officer. 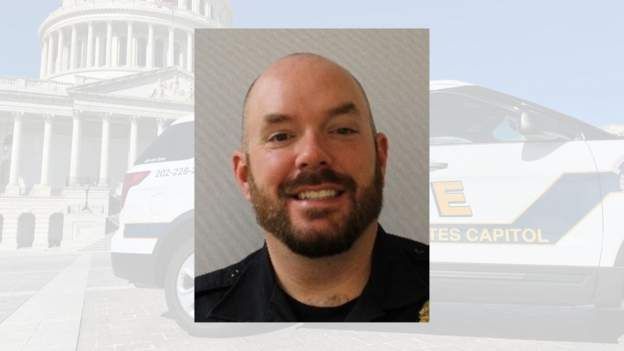 The Officer killed in the attack on the US Capitol on Friday, April 2, 2021, has been identified as William 'Billy' Evans.

Police shot and killed the suspect in the incident, who police said had a knife. Another officer was injured.

The incident rattled Washington and immediately raised new questions about security at the Capitol complex, which was stepped up in the wake of the mob assault in January that caused the deaths of five people. Most lawmakers are out of town due to a congressional recess, and people inside the Capitol were placed under lockdown for nearly two hours in the wake of the attack.

Capitol Police acting chief Yogananda Pittman said the suspect rammed his car into two officers and then hit a barrier at an access point off Constitution Avenue, on the Senate side of the building. She said he then exited the vehicle with a knife and lunged toward the officers. At least one officer fired upon the suspect at that point, police said. Both injured officers and the suspect were transported to local hospitals, the police said.

The police identified the deceased officer as William ‘Billy’ Evans, who police said had served as a member of the force since 2003. They haven’t yet released the identities of the suspect and the injured officer. Officials declined to speculate on the suspect’s motive and said the attack didn’t appear to be terrorism-related.

“I just ask that the public continue to keep U.S. Capitol police and their families in your prayers,” Ms. Pittman said at a Friday afternoon news conference. “It has been an extremely difficult time for U.S. Capitol Police after the events of Jan. 6 and now the events that have occurred here today.”

On Friday afternoon, a blue vehicle could be seen at the north barricade with the passenger side door and the trunk open. Yellow police tape surrounded the vehicle.

A message sent to Hill staffers at about 1:17 p.m. warned them to stay inside the Capitol and connected office buildings, and to seek cover if they were outside. The lockdown ended around 3 p.m.

“I’m heartbroken for the officer killed today defending our Capitol and for his family. I’m praying for the officer injured and his family,” tweeted Senate Majority Leader Chuck Schumer (D., N.Y.). “We’re in their debt.”

Temporary perimeter fences had been erected around the Capitol building and office buildings for extra security after a pro-Trump mob rioted on Jan. 6 in an attempt to stop lawmakers from certifying President Biden as the winner of the November election.

The outer set of fencing enclosed Hill office buildings and parking lots as well as the Capitol building. It was removed in recent weeks. But an inner fence remains around the Capitol building itself and its surrounding grounds. The barricaded access point where Friday’s incident occurred is in line with the remaining perimeter fence, and is where senators typically drive through on their way to work.

The permanent metal barriers that block the roadway at that entrance predate Jan. 6, and can be lowered or raised by police who usually man a guard shack there. Since January, National Guard often could be seen supplementing the Capitol Police presence in that spot.

House Speaker Nancy Pelosi (D., Calif.) ordered the flags at the Capitol to be flown at half-staff in response to the Capitol Police officer’s death, her spokesman said.

In 1998, two Capitol Police officers, Jacob J. Chestnut and John M. Gibson, were killed by a gunman who had charged past security barriers.

In one notable White House incident in 2014, a man managed to get into the East Room before he was stopped by the Secret Service, one of several intrusions that prompted officials to work on strengthening security.

In 2017, Rep. Steve Scalise (R., La.) was shot and seriously injured when a gunman attacked a congressional baseball practice at a field in Virginia, shooting four people. The gunman was shot and killed by Capitol Police.

President Biden departed the White House on Friday for a pre-scheduled weekend trip to Camp David, arriving at 12:33 p.m., according to an aide.