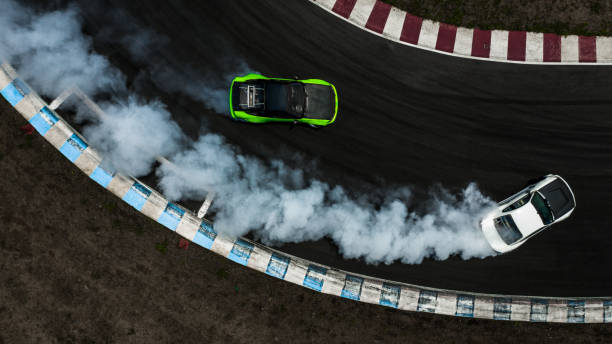 A drag racing sporting facility could possibly be erected on Beef Island. Premier Andrew Fahie made that announcement during a public broadcast Friday evening, April 19.
However, drag racing will only be facilitated at the location if government is successful in acquiring the land from Hong Kong investor, Raymond Hung.

“You should know that your government is engaged in the arbitration process with regard to the Hung Lands at Beef Island,” Premier Fahie said in his statement.

Hung reportedly acquired more than 650 acres of the land in 1995 through a non-Belonger land-holding license.

The conditions under which the Hong Kong investor was granted the license was for him to develop a five-star resort and golf course on Beef Island — a project which should have been started within a year of getting the license and last no longer than seven years.

Reports are that the project had experienced delays because of a legal battle with preservationists who tried to block the development. And although the Hong Kong developer eventually won the legal battle, the project still has not commenced; now, more than two decades later.

The BVI Airports Authority has therefore appointed a special committee to negotiate the reacquisition of the lands at Beef Island.

“Acquiring just over 600-plus acres of land will allow the government to pursue development initiatives that will enhance the economy,” Premier Fahie said on Friday.

“Additionally, this is a possible site to house our proposed drag racing stadium which is a potential opportunity for sports tourism and this will attract increased visitor and cargo traffic to the territory,” he added.

The leader of government business did not give any details on the progress of the ongoing arbitration.

Premier Fahie first announced his intention to make drag racing an official sport in the BVI back in 2019.
#Fahie
Add Comment