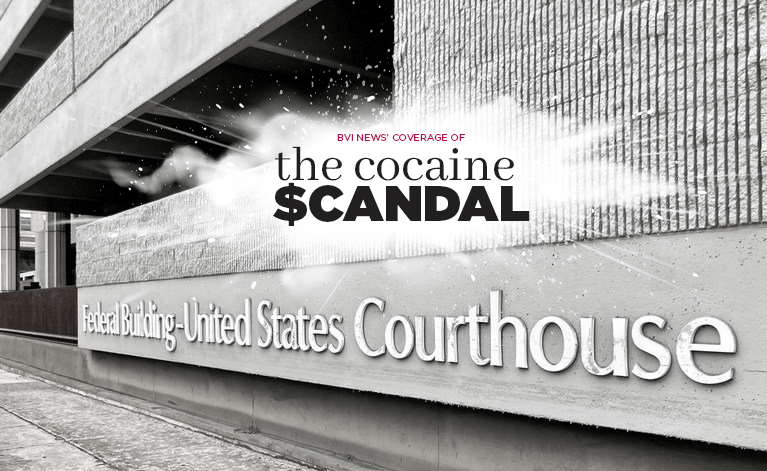 Prosecutors send hundreds of video clips to Fahie and co-accused

Former Premier Andrew Fahie and his co-accused, Oleanvine Maynard and her son Kadeem Maynard, have received additional disclosure (information to be used as evidence) from prosecutors ahead of their trial next year.
Fahie and the Maynards are charged with conspiracy to import a controlled substance; conspiracy to engage in money laundering; attempted money laundering; and interstate and foreign travel in aid of racketeering.

US Attorney Shane Butland delivered this additional evidentiary information as a third response to what is known as a ‘standing discovery order’ issued by the court.

Butland did not reveal details such as the source of the video clips in the disclosure document or the period during which the recordings may have been taken.

The court document explained that attorneys for Fahie and his co-accused reported to prosecutors in early November that they were unable to access these files, therefore encrypted flash drives were mailed to counsel for Fahie and Kadeem Maynard containing the video clips.

Fahie’s attorney, Theresa Van Vliet told a Miami court in a previous filing that prosecutors have still not disclosed pages of transcripts taken from ‘voluminous recordings’ of Fahie’s electronic devices seized months ago during his arrest.

In addition to a recent filing of racketeering charges against the trio, this has resulted in their trial being pushed back to July 17, 2023.

This means the Maynards will likely be incarcerated more than one year past the date they were first arrested after a months-long sting operation by the Drug Enforcement Administration (DEA). Fahie remains confined to the home of his daughters in Florida after posting a substantial bond amount.
#Fahie
Add Comment