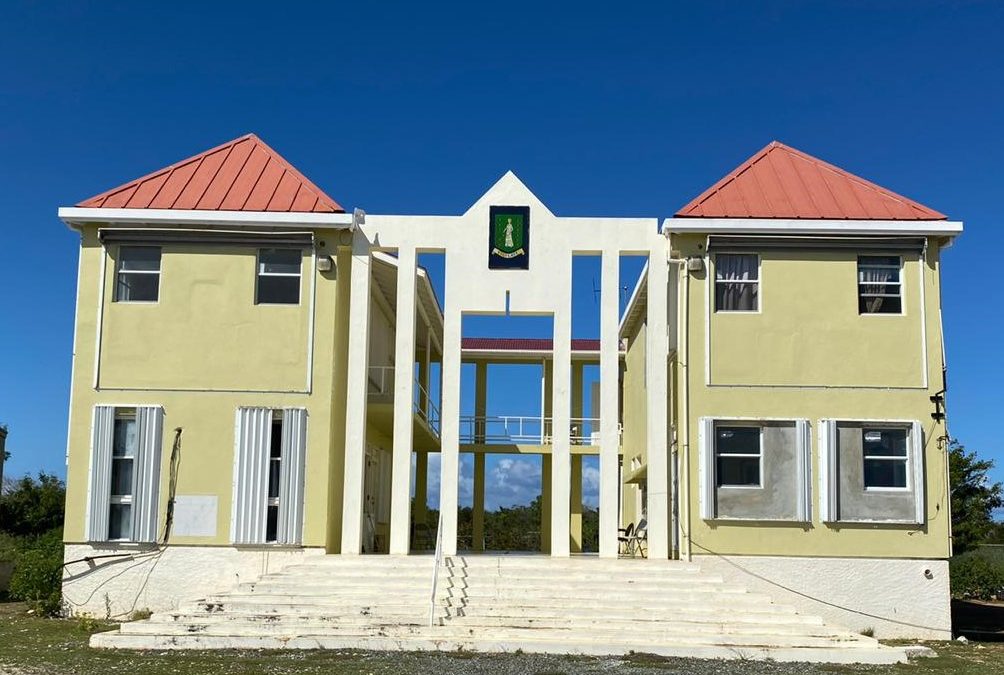 The Recovery & Development Agency (RDA) awarded a total of four contracts totalling $429,764.86 to three contractors for projects on Tortola, Virgin Gorda, and Anegada.

The contracts were announced at a signing ceremony held this morning, where the RDA’s Director of Procurement John Primo outlined the details of the contracts.

He said: “This morning we’ll proceed with the signing of four contracts, one for the repairs to the Anegada Administration Building; the second, for the rubberised resurfacing of the basketball court on the Anegada Recreational Ground; the third, for the rubberised resurfacing of the basket court at the Jeffrey A Caines Sports Complex on Virgin Gorda; and the fourth contract for the supply of a 19.7-Watt solar facility for the Ivan Dawson Primary School, Cane Garden Bay.”

Of the submitted bids, Rajah Smith of No Limit Construction was selected and awarded a contract valued $209,653.86 and will commence works for the six-month project on March 1, 2021.

The contracts for the rubberized resurfacing of both the basketball courts on Anegada and Virgin Gorda were awarded to Nathan Wong of Alternative Concrete Solutions Limited at a value of $94,423 and $72,308, respectively. Both projects are three months long and are scheduled to commence by next week.

The procurement process for the installation of a solar system at the Ivan Dawson Primary School saw a request being sent to nine firms where two responses were received. Patricia Swan and Christopher Fletch of Atec BVI Limited were selected and awarded a contract totalling $53,380.

Meanwhile, Ninth District Representative Vincent Wheatley spoke on the importance of having the rehabilitation works done to the courts which carries a sentimental value to the residents on the sister islands.

“Basketball is very, very dare to the Virgin Gorda community. For most persons, it may seem just like a basketball court or it’s just a game, but on Virgin Gorda in the Ninth District, it is almost a way of life. We don’t have too many activities on Virgin Gorda of that nature, there’s no cinema or those kinds of stuff so basketball is where a lot of families come together to share and fellowship,” he said.

“Anegada, like Virgin Gorda, lacks activity and I’ve advocated for a long time to Mr McMaster to make sure we get something for the children on Anegada. So I’m so pleased today and on behalf of the Anegada people, I want to thank you for bringing the basketball court back,” Wheatley added.