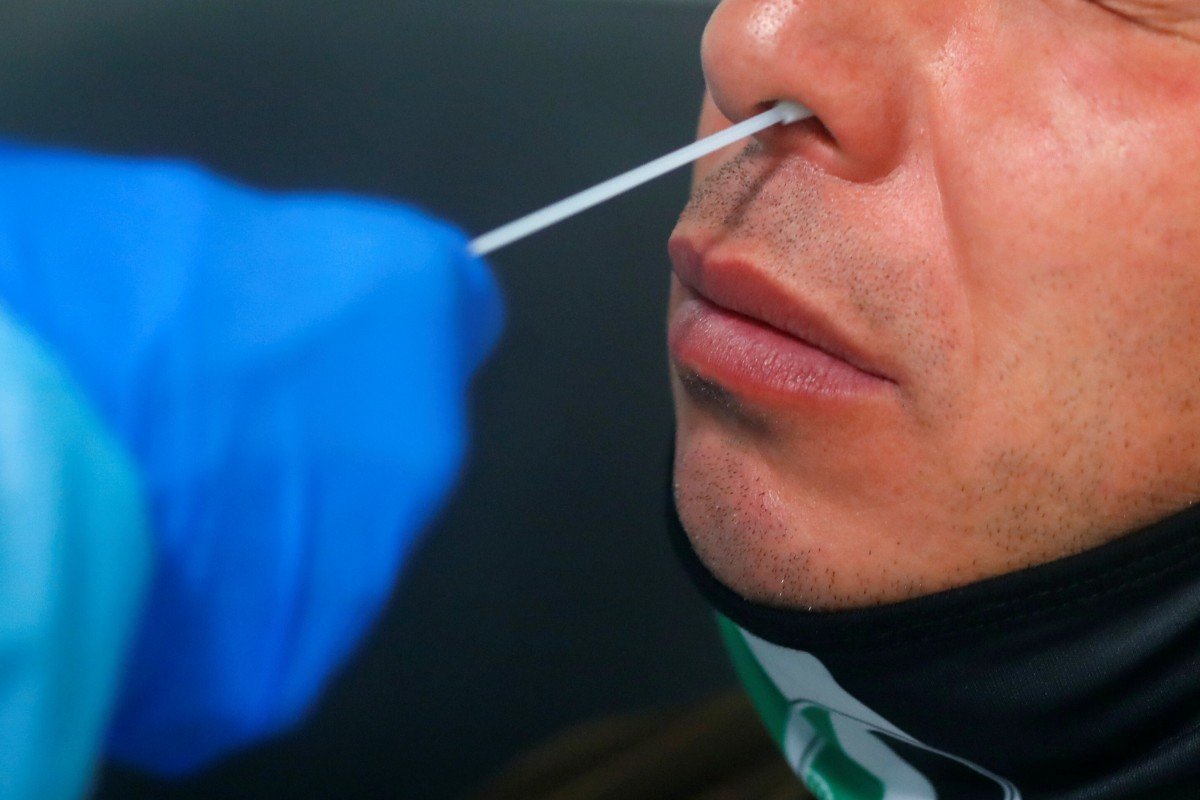 Researchers say virus does not attack neurons, as originally thought, meaning sensory damage is not likely to be permanent. Symptom at least 20 times more likely to predict positive test than signs like fever and cough

New research has revealed why many people infected with the coronavirus temporarily lose their sense of smell, and the result is not what scientists assumed.

The loss of taste and smell has proven to be the most distinctive symptom of Covid-19, the illness caused by the novel coronavirus, or Sars-CoV-2. One-quarter to half of patients report ageusia and anosmia, as the two are respectively known, a symptom at least 20 times more likely to predict a positive test than signs such as fever and cough, according to Forbes.

These hallmarks were noted early on in the pandemic, as far back as late March. They were added to the official pantheon of symptoms by the US Centres for Disease Control and Prevention in April.

Coronavirus is known to latch onto cells via an enzyme known as ACE2 as an entry point to the human body, making cells containing this enzyme the most vulnerable.

Until now it had been thought that the virus directly attacked the olfactory sensory neurons, but a new study has found that ACE2 is instead found in cells providing “metabolic and structural support” to those olfactory sensory neurons and to some stem and blood vessel cells, Harvard University said in a study published on July 24 in the peer-reviewed journal Science Advances.

“Our findings indicate that the novel coronavirus changes the sense of smell in patients not by directly infecting neurons but by affecting the function of supporting cells,” said senior study author Sandeep Robert Datta, associate professor of neurobiology in the Blavatnik Institute at Harvard, in a statement.

Olfactory sensory neurons do not have the genetic mechanism to encode the ACE2 receptor protein, the researchers said, so there is nothing for the virus to grab onto.

It means that a coronavirus infection most likely will not permanently damage sense of smell, Datta said.

“I think it’s good news, because once the infection clears, olfactory neurons don’t appear to need to be replaced or rebuilt from scratch,” Datta said.

“Anosmia seems like a curious phenomenon, but it can be devastating for the small fraction of people in whom it’s persistent. It can have serious psychological consequences and could be a major public health problem if we have a growing population with permanent loss of smell.”

Though the journal is peer-reviewed, the findings are preliminary, Datta cautioned.

“We need more data and a better understanding of the underlying mechanisms to confirm this conclusion.”