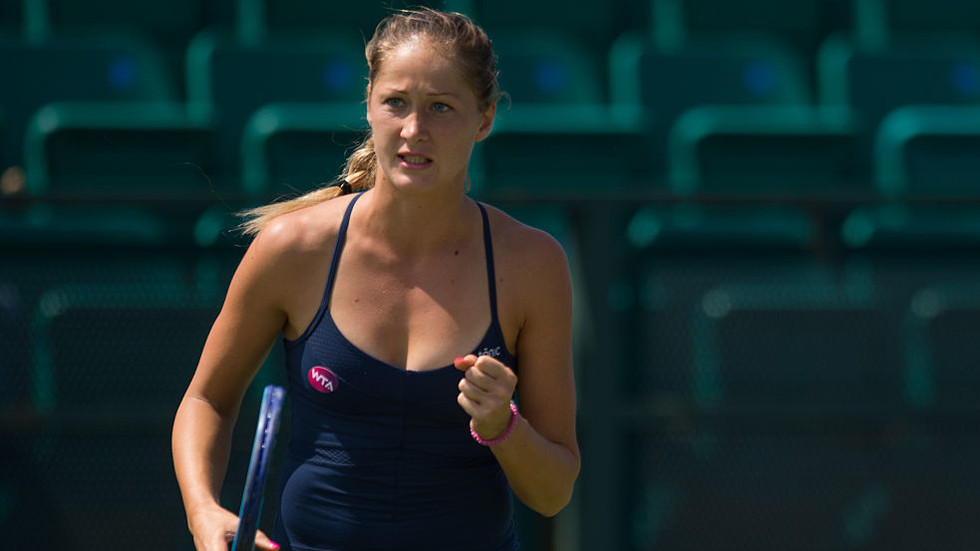 Serb warns of ‘powers’ against Djokovic in NATO bombing message

Serbia is "used to injustice", the former tennis player has told the deported world number one

Novak Djokovic's Australian exit over his Covid vaccination status is the latest injustice against his country, an ex-player has claimed while referencing the NATO bombings which the champion endured as a child in Belgrade.

The 12-year-old Djokovic had to shelter from NATO warfare in the Serbian capital when the bombing campaign took place between March and June 1999, and the tennis icon has spoken since about the effect the ordeal had on his life and career.

Djokovic's father, Srdjan, said at the end of 2021 that he would "never forgive" the assault which purportedly aimed to force Serbian troops out of Kosovo, adding that it had left "traumas that last a lifetime".

Now Serbian ex-Australian Open competitor Bojana Jovanovski has claimed Djokovic is fighting "world powers" and "sport against politics", reacting to his visa saga which has seen the reigning champion at the tournament deported by the Australian government because he has not been vaccinated against Covid.


"We have experienced various kinds of injustice, at least through our childhood," said Belgrade-born Jovanovski, writing a passionate open letter to her beleaguered compatriot.

"Bombs were thrown by world powers at civilian facilities in our city and our youngest fellow citizens and friends were killed.

"Now the world's powerful are putting pressure on you to give up, because in other [ways] – in a fair and sporty way – no one can defeat you. Success is something they obviously don't want to forgive you for."

The 20-time Grand Slam winner endured a complicated fiasco after arriving in Australia, including several days in detention and two court hearings as his lawyers unsuccessfully argued that he should be allowed to stay in the country and compete because he had been granted a medical exemption from vaccination requirements.

Jovanovksi drew a somewhat bizarre parallel between Djokovic's experience and one of the most harrowing incidents ever to have happened in tennis, when Yugoslavian-born Monica Seles was the victim of a knife attack on court in 1993.

"This has happened in history to our fellow citizen, Monica Seles," said Jovanovksi, namechecking the four-time Australian Open champion.


"In the period when she was the best in the world, she was stabbed in the back. But at least we are used to injustice, and regardless of the outcome of this humiliating agony that was prepared for you, you are not alone – you are our greatest pride.

"It is up to you now to fight for justice no matter what and no matter the outcome – to do your best in that fight.

"You know that better than all of us. At the same time, you have to think about yourself and your safety.


"If you miss one Grand Slam, you will win another one and we hope to [see you] become the best athlete of all time."

The reigning Melbourne champion had been targeting a title win that would have made him the sole record-holder for Grand Slam crowns, one ahead of Rafael Nadal and Roger Federer.

Instead, the 34-year-old took a 12-hour flight to Dubai a day before the tournament was scheduled to start after Australian Minister for Immigration Alex Hawke's second attempt to cancel the sporting legend's visa was upheld.


"This is not only your fight against world powers, but obviously also sport against politics," said Jovanovski, echoing the views of many of Djokovic's supporters including Serbian president Aleksandar Vucic.

"As for the accusations of petty souls against you, you handed over all the required documentation and got a visa – you proved the legitimacy of your documentation in court.

"So you can tell the people who accuse you of being a liar and a man [of] inappropriate behavior the sentence of the world's greatest scientist and our compatriot, Nikola Tesla: 'If I turned all your hatred into energy, many cities could light up.'

"They obviously won’t stop hating you – not because their views are true, but because they are small, jealous and dissatisfied with their lives.

"So turn their hatred into energy and win. Victories today and in every next fight... will be a victory for all of us who are with you with all our hearts.

"We wish all the best to all the people in the world as well as in beautiful Australia."

Unvaccinated Djokovic was perplexed after making a 25-hour journey to Melbourne on the understanding that he would be exempt from treatment requirements because he tested positive for Covid in December 2021.

He has copped criticism for an error on his travel paperwork which mistakenly said he had not traveled in the two weeks before arriving in Australia, and publicly explained that he had felt obliged to conduct an interview with a journalist shortly after he tested positive.

The Australian Open will continue without the player who had been its top seed, running between January 17-30 2022.