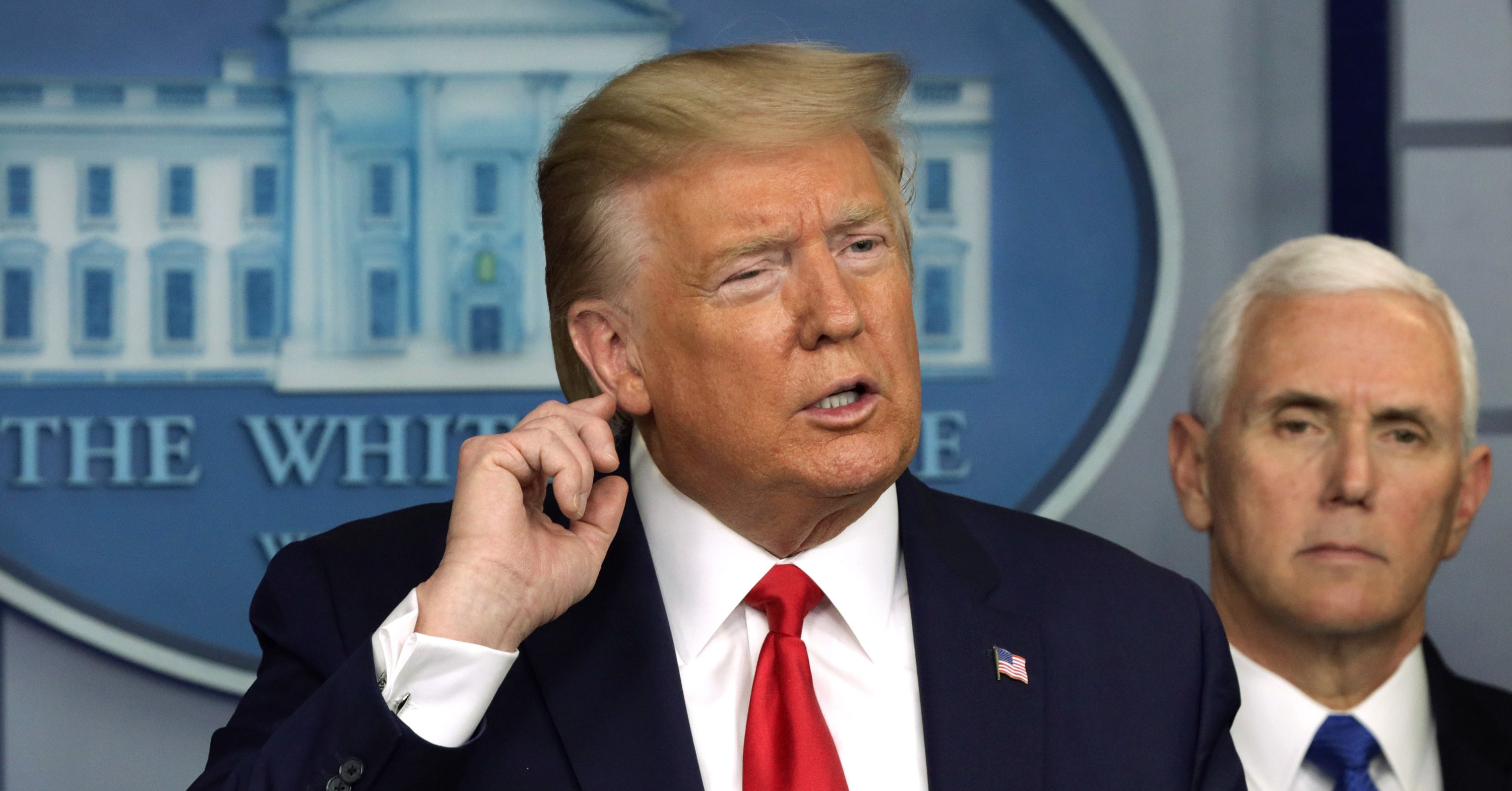 Some Of Trump’s Coronavirus Guidance Is English-Only. Members Of Congress Are Working To Translate It.

“It is not only cruel but irresponsible for this Administration to not make critical public health information accessible to everyone - in a language they can understand and trust."
The journalists at BuzzFeed News are proud to bring you trustworthy and relevant reporting about the coronavirus. To help keep this news free, become a member and sign up for our newsletter, Outbreak Today.

The Trump administration released a Spanish language version of its guidance on the coronavirus after the publication of this story.

Members of Congress are outraged that President Donald Trump released White House guidelines to address the coronavirus in just one language during the global pandemic. Now some are taking translations into their own hands to help spread information on how to respond to the pandemic to non-English speakers.

The English-only two-page document titled “The President’s Coronavirus Guidelines for America” is a quick how-to guide of what to do if you feel symptoms or have tested positive for the disease. The document ultimately directs people to their state and local authorities. But the White House, in conjunction with the Centers for Disease Control and Prevention, have only published an English version of the guidelines. (The CDC does have some information on its website in other languages.)

After the publication of this story, the Trump administration released a Spanish language version of the guidelines.

BOLD PAC, the political arm for the Congressional Hispanic Caucus, created its own translation of the guidelines for Spanish speakers and posted it on Twitter on Tuesday. A spokesperson for the PAC, Jazmin Vargas, said she relied on BOLD PAC’s bilingual staff and double-checked translation with Spanish-language media for the final product.

But, Vargas said, “the President has the biggest platform in the country.”

“It is not only cruel but irresponsible for this Administration to not make critical public health information accessible to everyone — in a language they can understand and trust,” Rep. Tony Cárdenas, who chairs BOLD PAC, told BuzzFeed News in a statement Wednesday. "We are a diverse nation with more than 40 million Americans who speak Spanish at home and over 20 percent of Americans who speak another language. It's a failure of leadership on behalf of the White House to ignore this reality.”

More than 25 million US residents self-reported having limited English proficiency, according to census data compiled by Migration Policy, a nonprofit focused on immigration policy.

A spokesperson for Rep. Alexandria Ocasio-Cortez said the lawmaker concurs with BOLD PAC in that “there has been a dangerous lack of communication to Spanish-speaking communities from White House.”

Asked by BuzzFeed News if it had plans to offer coronavirus information in other languages earlier Wednesday, the White House said it would do so “as soon as possible” but did not specify when. The Spanish language guidelines were posted hours later.

Members of Congress who also represent Asian American communities were also dismayed by the administration’s handling of information to non-English speakers.

“It is crucial that we are getting the message out however we can, and the White House and Trump administration definitely has the capability to put out these translations,” Rep. Grace Meng, who chairs ASPIRE PAC, the political arm for Asian American members of Congress, told BuzzFeed News. She credited grassroots organizations and “in-language” media for helping with translations to the large Asian community that she represents in New York City.

Meng said the coronavirus has received lots of attention from ethnic media largely because of the president’s anti-Chinese rhetoric when speaking about the pandemic. In a press conference Wednesday, Trump referred to the coronavirus as the “China virus” and denied that the term was racist when pushed by reporters.

“What happens when you don’t have translations, is that, what we’re seeing, for example, in the Chinese community, in the Bangladeshi community we have many people who are not able to read or watch mainstream media outlets and they are getting false information from God knows where,” Meng said. “But it is in-language and so they are believing it.”

Meng said she’s heard rumors in her community along the lines of, “Oh, someone at a certain supermarket has the virus. Stay away!”

“There’s lots we don’t know about COVID-19 [the disease caused by the novel coronavirus], but what we do know is that coronavirus can make nearly anyone sick -that includes Americans and US residents who speak languages other than English,” Lieu said. “Social distancing and measures to reduce its spread require buy-in from everyone, regardless of whether they speak English, Spanish, Mandarin, Arabic or something else. We are all safer when all Americans act together to prevent the spread of coronavirus. For that to work, everyone needs access to critical information.”
#Alexandria Ocasio-Cortez  #Ocasio-Cortez  #Donald Trump  #Coronavirus  #COVID-19  #Covid
Add Comment