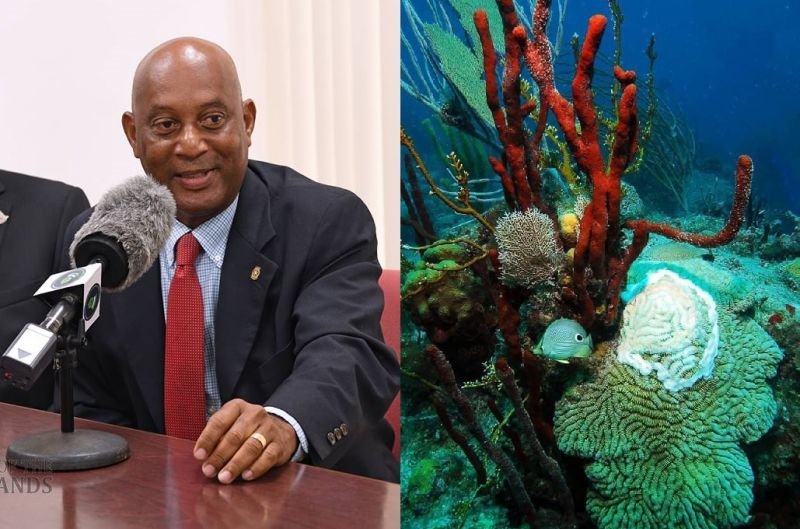 According to the Minister for Natural Resources, Labour and Immigration Honourable Vincent O. Wheatley (R9), his ministry and the National Parks Trust (NPT) of the Virgin Islands are pleased to work closely with local dive operators and marine experts to tackle the coral disease.

Minister Wheatley, according to a Government Information Service (GIS), explained that the Stony Coral Tissue Loss Disease is a lethal coral disease that has the potential to kill half of the stony coral species in the [British] Virgin Islands. 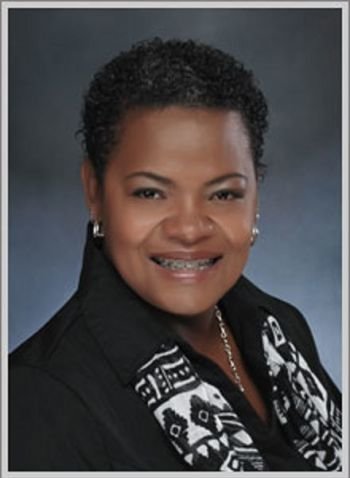 Since its discovery in the Virgin Islands late 2019, the Government of the Virgin Islands through the ministry and the NPT has been leading the charge in treating the disease as part of a ‘Strike Team’. The ‘Strike Team’ was established by Honourable Wheatley to tackle what he terms “a coral crisis”. The team’s aim is to prevent the disease from spreading and to mitigate its effects on the Territory’s valuable coral reefs.

“Mitigating the spread of Stony Coral Tissue Loss Disease is of utmost importance; if we do not safeguard our reefs then we will indeed have a coral crisis,” Honourable Wheatley said.

“This Government has significantly invested resources. Together as a people, we must do our part to ensure prosperity not only for ourselves but for our people for generations to come,” he said.

Minister Wheatley stressed, “If we do not use every resource at our disposal to prevent this disease from spreading in our waters then we will lose one of our most important ecosystems and tourist attractions, which will be detrimental to our livelihoods and our way of life.”

He added that the Government of the Virgin Islands welcomes the ‘Strike Team’ collaboration led by officers within the ministry and NPT.

He said that this focus will enable local dive operators to monitor and treat the disease and also provide awareness education to the community as a whole.

National Parks Trust Director Dr Cassander Titley-O’Neal said, “Coral reefs provide the Territory with various ecological services on which we depend on including, diving, snorkeling, beaches, coastal protection, safe waters, and seafood. The value of the Territory’s 267 km2 of coral reefs was evaluated at USD$194,691,000.00 in 2016 by an international body. The funds granted by the Governor’s Office complement the contributions by Government and the Trust and will allow NPT and the Strike Team to do our part in conserving and protecting the BVI’s marine environment for locals and tourist alike.”

The Minister shared that the Government of the Virgin Islands, the NPT and Governor’s Office are financing in part the response to the disease.

“This approach will greatly increase the Virgin Islands’ capacity to tackle the disease in our waters, as once treatment has been applied, the disease’s impact is mitigated,” Minister Wheatley further explained.

The programme feeds into the National Parks Trust’s overarching plan to gather more data on infected reefs in the Territory as well as wider regional transmission patterns.

The Governor’s Office is supporting the effort by providing a $75,000 grant to the trust.

His Excellency the Governor Augustus J. U. Jaspert said, “I am very pleased to support this important initiative with UK funds. A cross-community approach is the only way to stop this disease from having disastrous effects on our coral and the industries that depend on it. I was also pleased to see the UK Government commit new funds to support the Overseas Territories biodiversity in the most recent UK budget. I hope through collaboration and determination, we can make a difference.”

The Virgin Islands coral reefs are home to a wide variety of marine life and play an essential role in protecting against erosion and natural disasters. They also hold significant economic value and provide jobs and income for the tourism and fisheries industries.