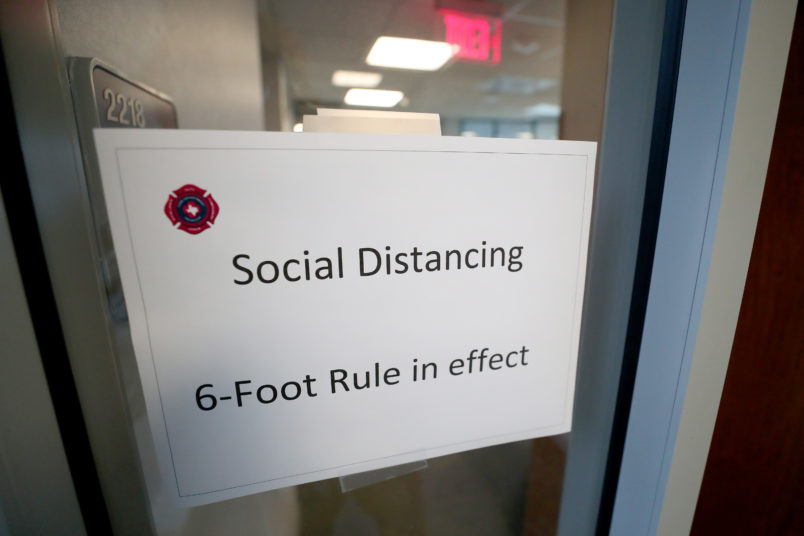 Judge Bill Gravell, a judge in Williamson County, Texas, was caught attending his grandson’s birthday party on Tuesday April 7–the same day he had extended his order requiring everyone in the county to stay home until the end of April amid the COVID-19 outbreak.

As a county judge, Gravell wields sweeping authority over Williamson County as the local government’s chief executive officer who oversees the county’s budget and the commissioners court, per Texas law.

Local NBC affiliate KXAN reported on Friday that Gravell had called local fire chief Mark McAdams on Tuesday and asked to borrow firefighter gear so that he could protect himself while visiting his grandson’s birthday party that day.

“I agreed to let him use the equipment understanding that he had been trained on that type of equipment in the past,” McAdams told KXAN. “He came by, picked up the piece of equipment and went for a visit and was back in about 20 minutes.”

Gravell’s excursion was a direct violation of the order he had signed two weeks prior on March 24, which decreed that anyone who left their homes for non-essential reasons would be sentenced up to six months in jail or pay a fine of $1,000. The judge extended his order to continue through April 30.

He ordered that extension on the exact same day he attended the party.

Gravell was caught when an anonymous Twitter account named “Buddy Falcon” tweeted photos of the judge decked out in firefighter bunker gear at his grandson’s home. An unnamed “very annoyed neighbor” who was “sick of the rules not applying to everybody” had sent the photos, according to Buddy Falcon.

These photos provided by a very annoyed neighbor apparently, who is sick of the rules not applying to everybody. Is that @billgravell in the suit, with his wife, driven by a deputy, showing up to his grandson's birthday party? Did @sheriffchody provide a deputy for security? pic.twitter.com/9jzIj7kcfJ

Georgetown defense attorney Robert McCabe told KXAN that Gravell had called him on Tuesday asking him if he could have the photos taken down, and McCabe informed the judge that he did not have the power to do so.

During the call, Gravell also admitted that he had asked a Williamson County sheriff’s deputy to drive him to the fire station where he had requested the bunker gear.

McCabe described the judge’s conduct as an “abuse of official capacity” and told KXAN that he would file a criminal complaint with the state’s Commission on Judicial Conduct and the Williamson County Sheriff’s Office.