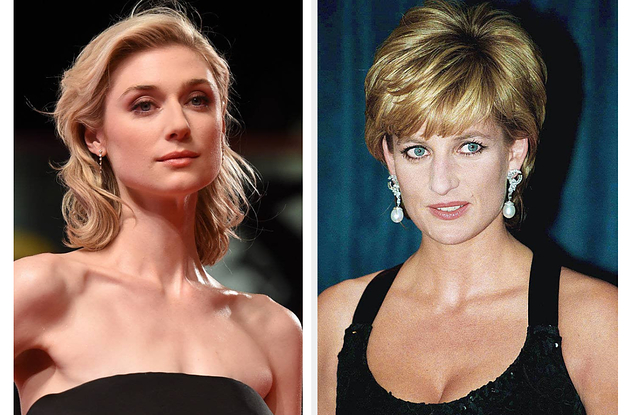 The Night Manager actor will play the iconic royal in the show's fifth and sixth seasons.

Elizabeth Debicki, who has starred in Widows and will be seen in Christopher Nolan's Tenet, will play Princess Diana in the final two seasons of The Crown, the show announced Sunday.

The 29-year-old Australian actor will be taking over the role from newcomer Emma Cormin who plays the iconic royal in the fourth season of the Netflix show.

"Princess Diana's spirit, her words and her actions live in the hearts of so many," Debicki said in a statement. "It is my true privilege and honor to be joining this masterful series which has had me absolutely hooked from episode one," she said.

Elizabeth Debicki will play Princess Diana in the final two seasons of The Crown (Seasons 5 and 6). pic.twitter.com/Z3CjHuJ56B

Debicki is one of the few non-British actors on the show, as Variety reported, and has previously starred in movies including Guardians of the Galaxy Vol. 2 and The Burnt Orange Heresy.

The show recently announced that Two Popes actor Johnathan Pryce will play Prince Philip in the final two seasons. Oscar nominee Imelda Staunton will be playing Queen Elizabeth, taking over for Olivia Colman who starred as the queen in seasons 3 and 4. Lesley Manville will star as Princess Margaret in the final seasons.

Netflix had initially said that the popular British royal drama would end after its fifth season, but announced last month that there would be a sixth and final season.

The final seasons will reportedly take the series into the early 2000s and will presumably portray Diana's divorce from Prince Charles and her tragic death in 1997.