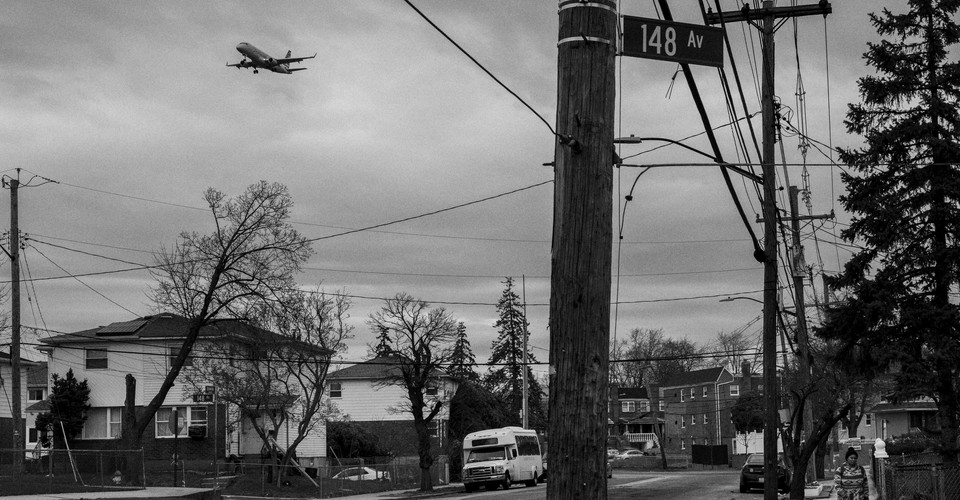 You live in a cramped apartment and you’re scared. But escape is selfish.
Hello fellow New Yorkers. You want to leave. So badly. I know. Me too. But don’t. Don’t do it.

It is absurd at this point that it’s even your choice. The bridges should be closed to all but essential traffic. The airports should be shuttered. Instead, Hertz is still renting cars at its 17 Manhattan locations, AirBnB is listing “Corona free” homes in New Jersey, and airlines are offering (apocalyptically cheap) tickets from all three New York airports to Anywhere But Here.

I know all that because I spent one morning this week Googling a dozen possible escapes, in a moment of claustrophobia and panic. I share 900 square feet with two kids and a dog. My wife is a physician who is still seeing patients. And even though I trust her precautions and protocols, I can’t shake the feeling of dread. Mixed in with the uncertainty is the certainty that everything is going to get much, much worse, as the cases spike and people I love or know or admire begin to die. My impulse is to do something-to move, to flee. I’m sure virtually everyone else in the city feels the same way.

The rational truth, though, is that I probably won’t contract COVID-19 while locked in my apartment, though I may well have it already, a holdover from those faraway early-March days when this city was a big pool of the virus and we all were just doing laps together. And if I leave, I’ll bring my germs with me.

There are already pockets of disease on Long Island, and fever spikes in the Catskills, and empty stores in Jersey shore towns that have long put up with our summering bullshit. To paraphrase the New York Post, Nantucket thinks NYC can suck it.

And though I am dreaming, hallucinating almost, of what it would be like to have a yard for the dog and the kids while we wait out the pandemic, rural communities just aren’t built for anybody’s dream quarantine. Proactive governments recognized this early on. A friend of mine in Norway, the restaurateur Nud Dudhia, had been staying with his family in their super-hygge mountain cabin. But in mid-March Norway’s government ordered everyone back to their primary residence, so that any potential health-care burden would land where the population actually lived.

In the U.S., unbelievably, whether to leave is still up to you, as is where to go. If you fled for the hills the moment you read about Dr. Li Wenliang’s death in February, then kudos. I’m jealous of your paranoia, and perhaps you didn’t endanger anyone. But if you left this week, or are planning on leaving, you are nakedly prioritizing your comfort and peace of mind over the physical health of others. Don’t start in on Donald Trump, Treasury Secretary Steve Mnuchin, or any of those faraway self-dealers unless you start by doing what you can do to be part of the solution. Stay home.

I borrowed some of this moral clarity from an aunt in Madrid. She had watched with horror and fascination as politicians in Italy (about as far ahead of Spain along the coronavirus curve as Spain is of the United States) leaked news about a planned quarantine so that, instead of being contained, the virus scattered around the country on the wings of hundreds of thousands of individual decisions. That was on my aunt’s mind as the cordon started closing in on her city. She and her partner thought about fleeing to the village of Adahuesca, but, as she put it, “there was a chance that we’d just kill all the old people there.” They stayed put.

The restrictions in Madrid make New York’s stay-at-home guidelines look like an invitation to bacchanalia (seriously, why are our playgrounds still open?). In Madrid today, you can’t walk a dog with more than one person. Police have the discretion under Penal Code 556 of fining you if you are smoking or otherwise loitering on the street. Spaniards are lovely people and frequently also insolent scofflaws, so some started taking a couple of cans and a carrot or two from their own pantry and walking them around the city, to pretend they had been out shopping. Now police demand that you show a grocery-store receipt.

If you are nervous about staying in New York, and shopping solo, and surviving, this video that everyone is sharing from the Weill Cornell ICU doc David Price should reassure you that you can do this. Wash your hands. Don’t touch your face. Smile at your neighbors.

This pandemic involves a class element, of course. This is, among other things, a Prince Charles disease, a Tom Hanks disease, splashed around the planet by the kind of world traveler I’ve become myself. In the past year I’ve been to Iraq, Kenya, Beirut, Cuba, Japan, Mexico, and beyond, for a podcast. I flew to Chiang Mai for a wedding, to Sweden for the last night of a famous restaurant. And leaving aside for the moment what I’ve done to the ozone layer, it’s safe to say that I’m exactly the kind of asshole who brought you rapidly circulating global disease. COVID-19 became a wildfire thanks to a super-spreader soiree in Connecticut and the Biogen breakout in Boston and the Mar-a-Lago miasma and that gentleman who flew from New York to Florida while awaiting his COVID-19 test results.

I imagine that few of the people who stock the bodegas and clean the subways here in New York are surprised by the exodus. Privileged New Yorkers, the kind who moved here with college degrees and an Exciting New Career Opportunity, have long held themselves aloof from the city. They are ready for the rewards-a beautiful skyline, a killer shawarma-but are often trying to skip the bill. They can’t even stomach August in New York. I get that they don’t want to stay in the embattled epicenter of a global contagion.

And by they, of course, I mean me. Except not this time. The coronavirus is running a massive social experiment on us all. The question: Can each of us put aside our dreadful specialness long enough to slow this thing? Can we grit our teeth through the eerie nights to come? Do we trust our neighbors, the dudes on the corner, the first responders, the men living in the single-room occupancy down the block, to have our back—and can they trust us to have theirs? The answer has to be yes.

We are New Yorkers. We rushed the pile after 9/11, rebuilt after Sandy, walked home during the blackout, made out in Times Square on V-J Day. We’re minting a lot of heroes at Elmhurst Hospital and Mount Sinai West this week, health-care workers who have answered the call with bravery and compassion and sacrifice. The story of New York in this pandemic should belong to them, not to the summer-home super-spreaders.

So it’s settled then. We’re going to get through this, right here, in our tiny freaking apartments. Sending love to you all.
Add Comment